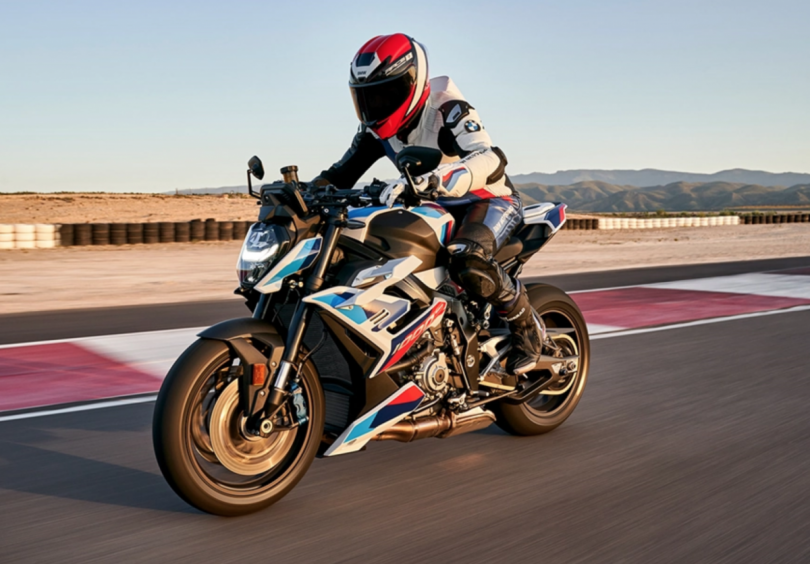 BMW Motorrad has come out with a monster 200+BHP motorcycle! That’s right, the M1000R’s engine develops 206.5 BHP from its four-cylinder 999cc engine.

The bike is based on an aluminium bridge ‘flex’ frame. Though it has the same 999cc four-cylinder motor, the M gets a bump-up by 44 BHP more while at the same time generating the same peak torque. This is due to a modified version of the water-cooled motor found in the S1000RR, which comes with ShiftCam technology, variable intake funnels and a titanium exhaust silencer.
The engine now revs to a maximum of 14,600 rpm, up from the standard 12,000rpm. The rear wheel traction has been improved thanks to a 47-tooth rear sprocket over the standard 45-tooth one. Regarding gearing, the M1000R gets shorter fourth, fifth and sixth gears.

To prevent the front wheel from lifting up, BMW has provided additional winglets that come out from the fuel tank under the handlebars. These can provide almost 11 kg of downforce at the front at speeds of 220 km/h.

In terms of electronics, the bike gets three riding modes – Rain, Road, Dynamic and Race. Additionally, a Race Pro mode gets three-level adjustments for the throttle response and engine braking. The bike also gets launch control, a pitlane limiter, a hill hold assist and Brake Slide Assist. The Brake Slide Assist allows the bike to be slid into a corner by limiting back brake pressure and rear wheel slip to achieve a controlled drift. This is only for the experienced track riders.

Availability and Price of  the M1000R

BMW has announced that the bike will be available from April 2023. Other features like a lightweight battery, USB charging port, cruise control, heated grips, and keyless ignition will also be offered. The retail price is set at GBP 19,480. 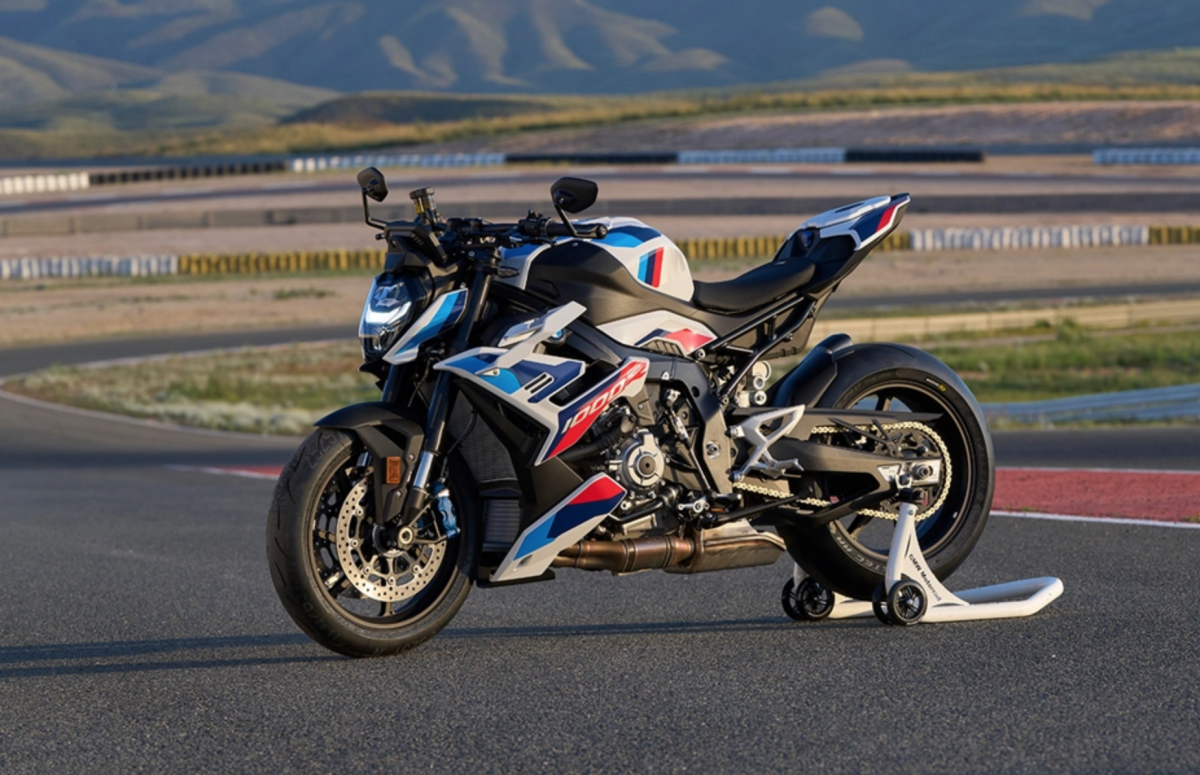 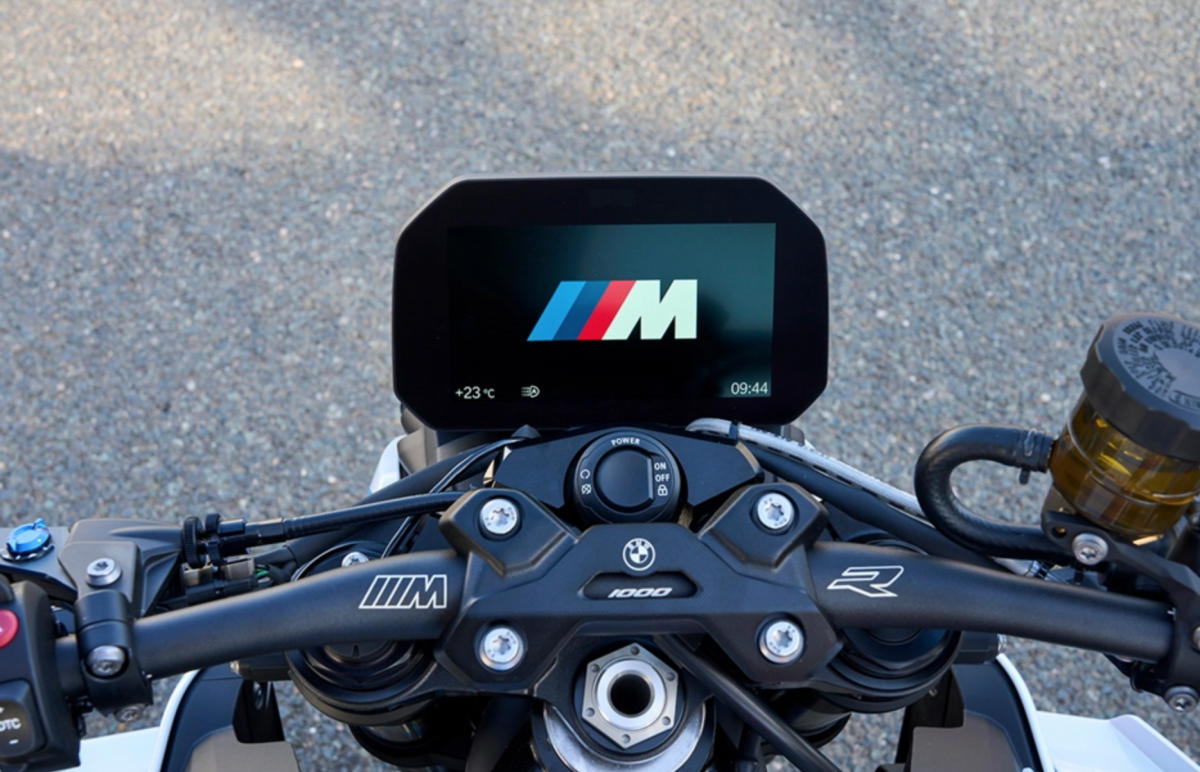 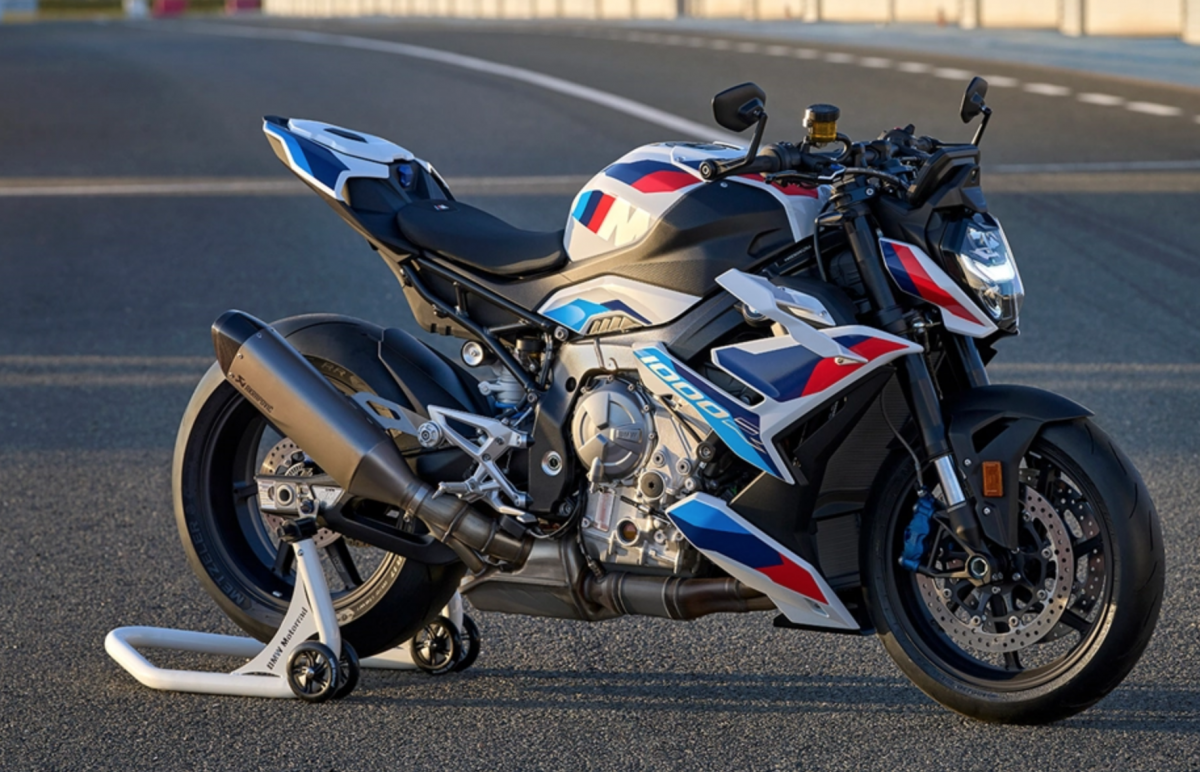 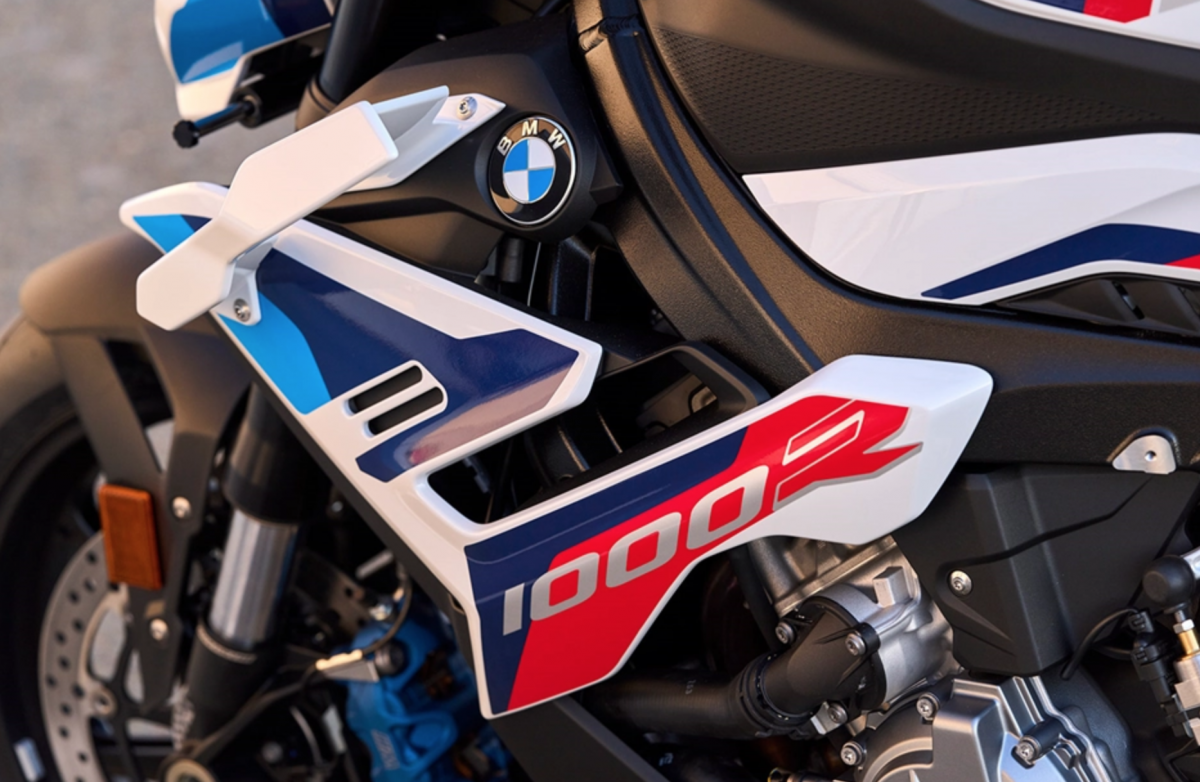