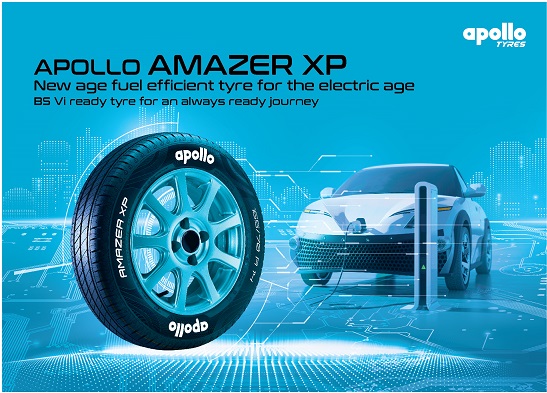 Apollo has introduced a new set of tyres, Amazer XP which is calimed to be BS-VI compliant and electric vehicle ready. These tyres are of low rolling resistance types which offer a very silent and fuel-efficient ride.

These tyres have been developed considering the inputs from two global R&D centres located in Enschede, Netherlands and in Chennai India. Teams from the Manufacturing, Service, Business Quality and Marketing had incorporated all their ideas in producing these tyres. The manufacturing facility located in Limda, Gujarat and Oragadam, Tamil Nadu will handle the production of these new set of tyres.

Apollo claims that they have tested the tyres comprehensively and cars namely, Tata Tigor EV, Renault Kwid, Hyundai Grand i10, Datsun Go & Go+ have given the green signal for the OE fitment of these rubber on their wheels. Apollo also mentioned that Amazer XP will come with ‘Extra features’ like Extra fuel efficiency, Xtra comfort, Xtra silent, Xtra braking and Xtra handling. The company is looking towards targeting the eco-friendly segment whose market space is estimated to be around 2 lakh tyres a month. Apollo Tyres stated that the Amazer XP will be launched with seven sizes in the first phase and five more sizes will be added in the second phase. 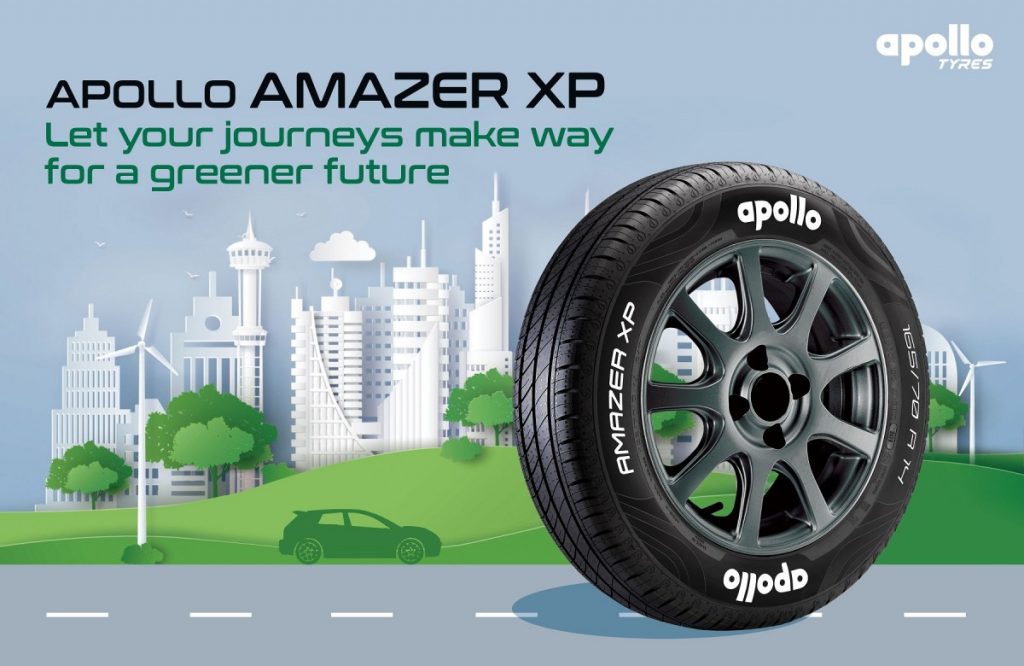 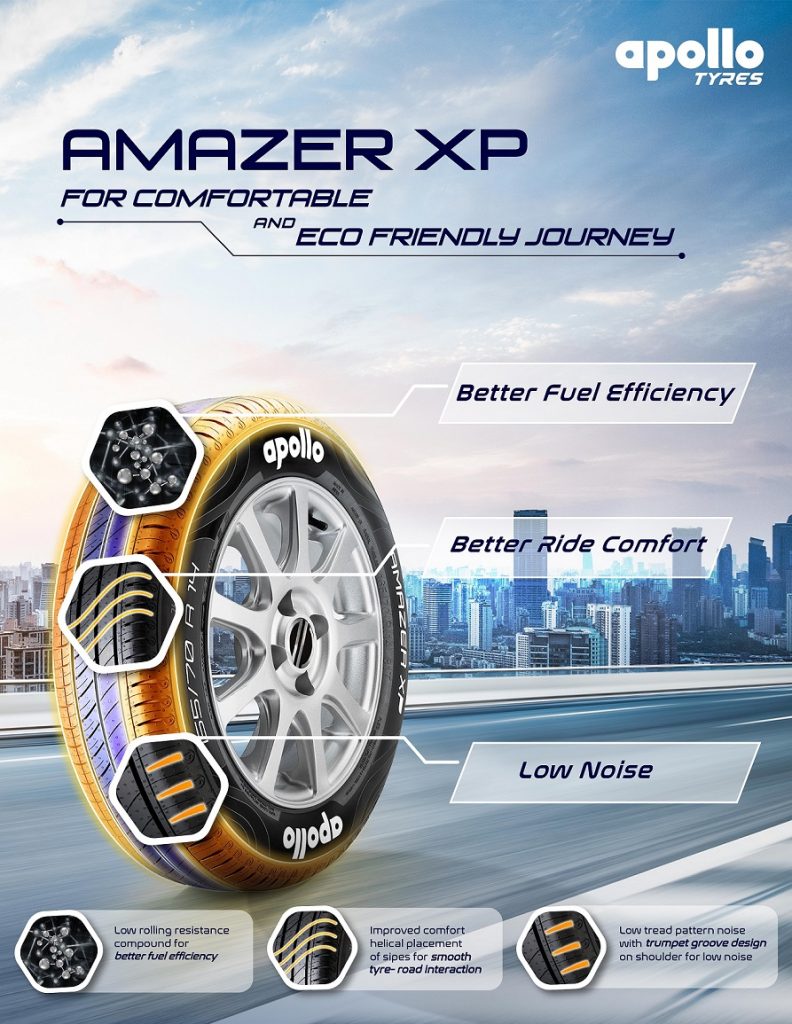