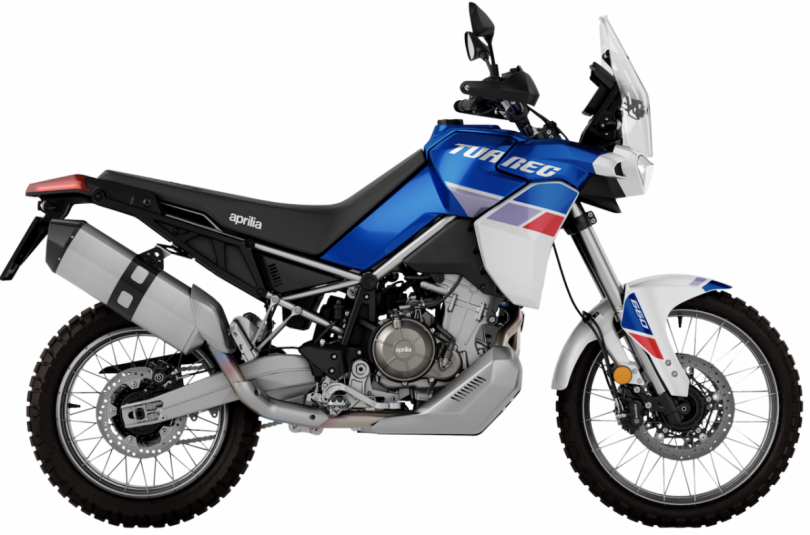 Aprilia is working on a new adventure motorcycle for the global market. In the recent past, we reported that Aprilia was testing a new off-road adventure tourer as spy shots emerged of a pre-production prototype testing abroad. Now Aprilia has officially revealed the ‘Tuareg’ in a teaser video. The teaser video not just reveals the design of the motorcycle but also key technical specifications. But the Italian premium motorcycle manufacturer has not revealed the launch timeline of the Tuareg 660.

The adventure touring motorcycle comes with an enduro off-road design. The motorcycle features an upright fascia with a tall windscreen to protect the rider from wind and weather elements. The bike comes with a tall but slim fuel tank and tank extensions that integrate with the headlight fairing offering aerodynamics and wind deflection on open highways. The front comes with a quirky headlamp design but no high-mount fender. The motorcycle also features boomerang-shaped side fairings and air intakes on the front.

The Aprilia Tuareg features a slim but long seat that allows the rider to make adjustments off-roads. The single bench seat does not hamper the rider’s movements allowing a great level of front to rear movement. Also, the seat offers generous space for the pillion. The footpegs on the Tuareg appear mid-set, allowing comfortable out of saddle riding. This is complemented by a straight handlebar with knuckle guards to protect the rider during trail exploration. The engine also gets a massive bash plate to traverse over rough terrain.

Powering the Aprilia Tuareg is a 660cc liquid-cooled twin-cylinder engine. The engine produces 80 Hp of power and 70 Nm of torque. The teaser shows that the parallel-twin engine will come with twin-cooling fans for the radiator, enhancing the thermodynamic efficiency at slow speeds during offroading.

The motorcycle will also come with 240mm travel upside-down suspension on the front, and a monoshock suspension on the rear, mounted to a double-sided swingarm. Stopping power will come from twin discs on the front with Brembo stoppers and a single disc on the rear. The motorcycle will also come with a commanding seat height and a high ground clearance. The Tuareg tips the scales at 187 Kg dry and gets an 18-litre fuel.

The Aprilia Tuareg 660 comes with a large full-colour TFT screen with multiple information on display. The bike also gets four riding modes and APRC, Aprilia Riding Performance Control, featuring a dynamic control suite. The Tuareg also gets switchable ABS that offers the rider more control off the road. The motorcycle rides on spoke-wire rims and dual-sport tyres. The engine also gets a massive bash plate to traverse over rough terrain. 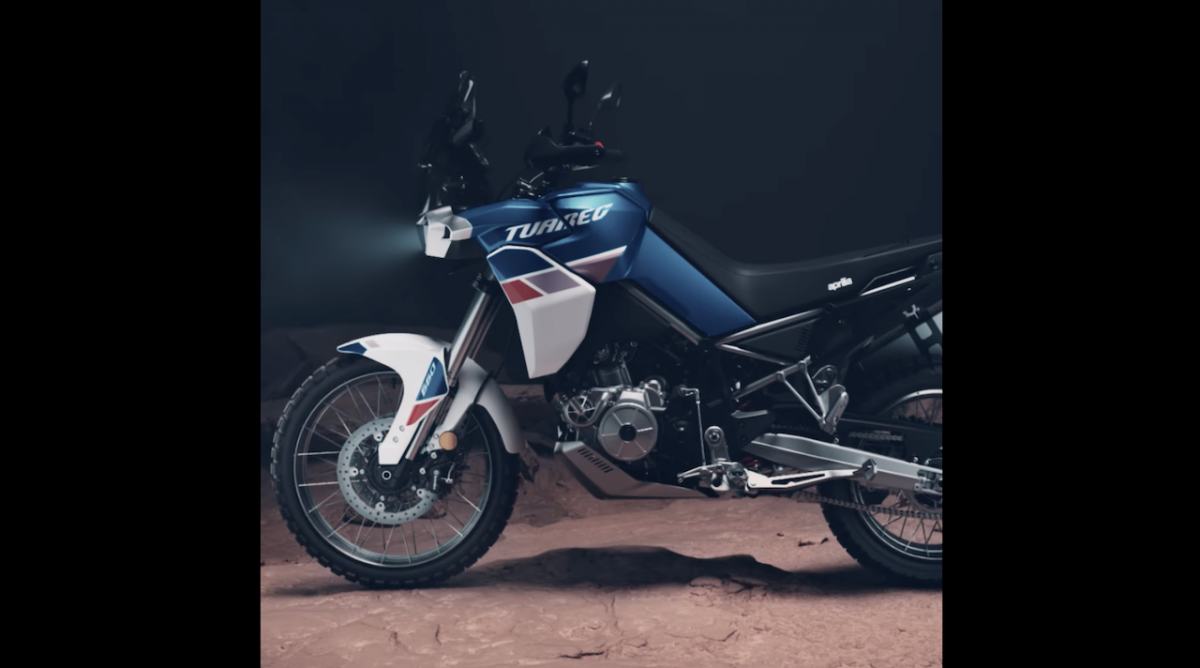 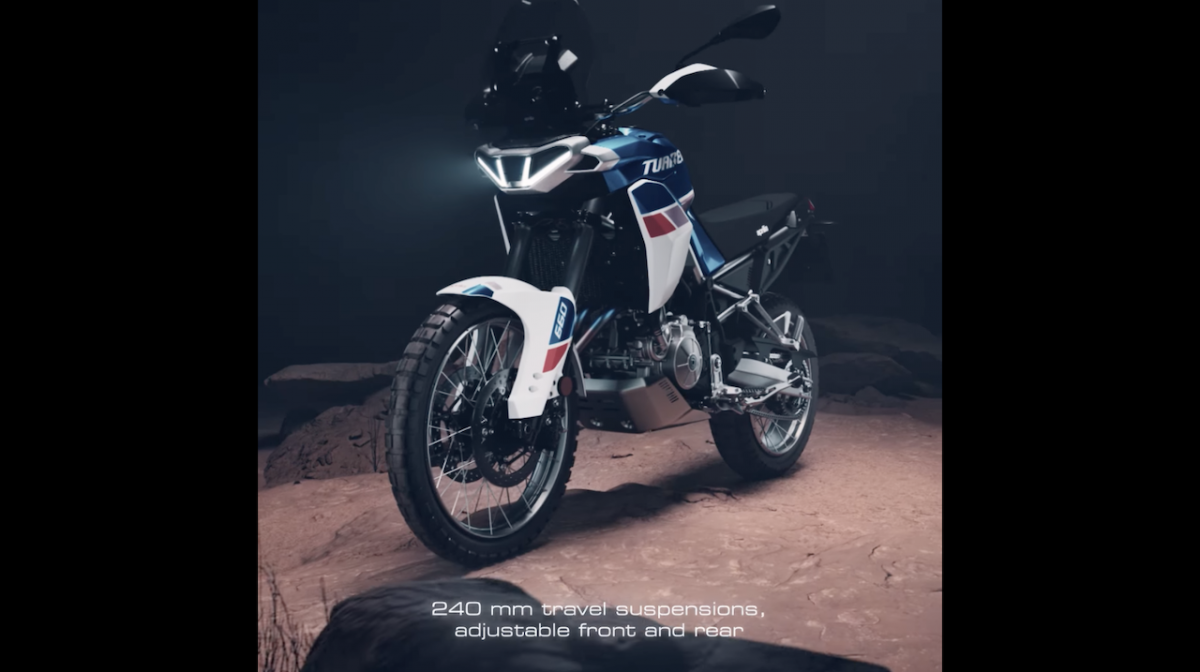 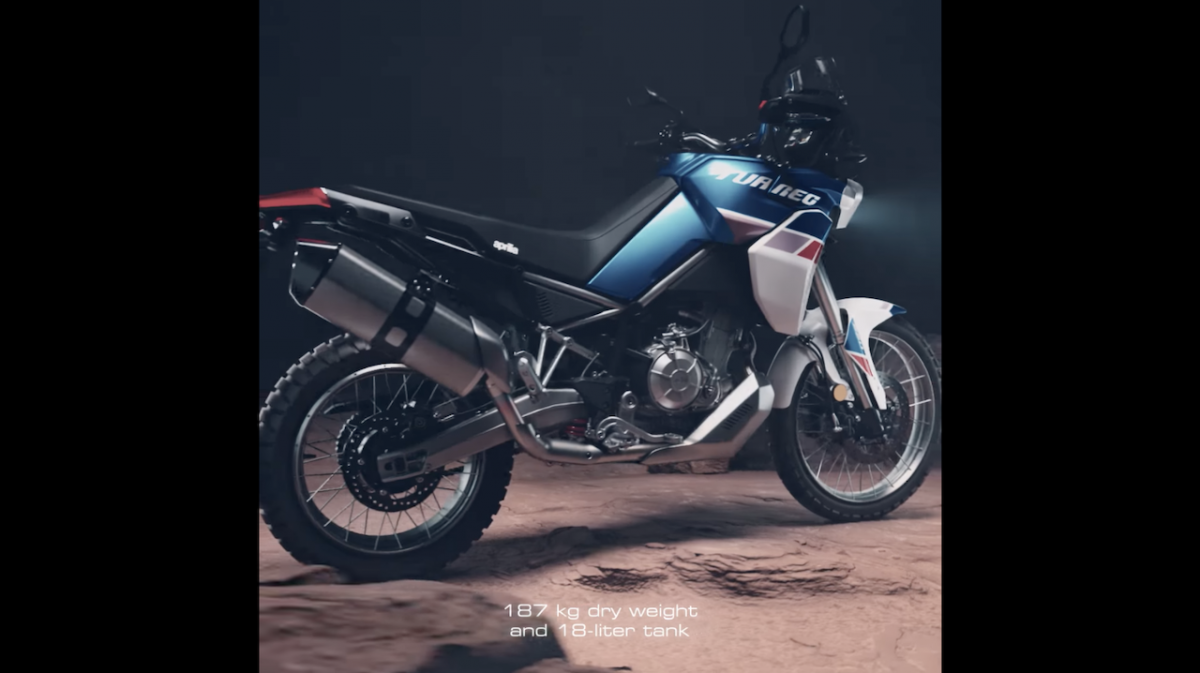 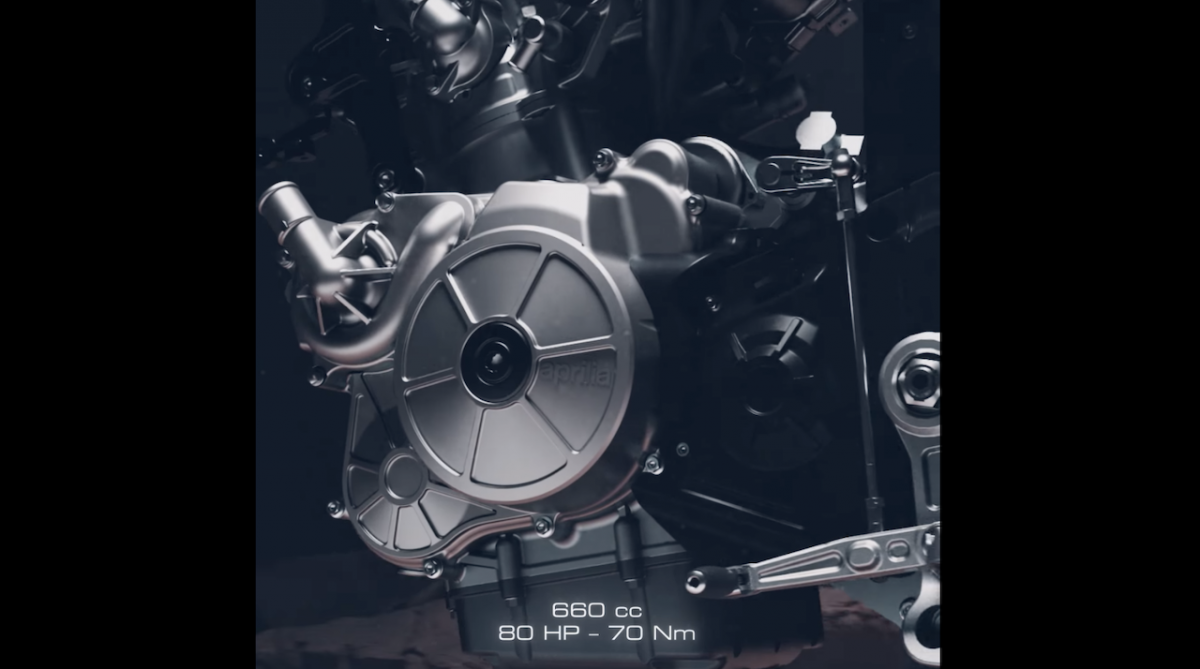 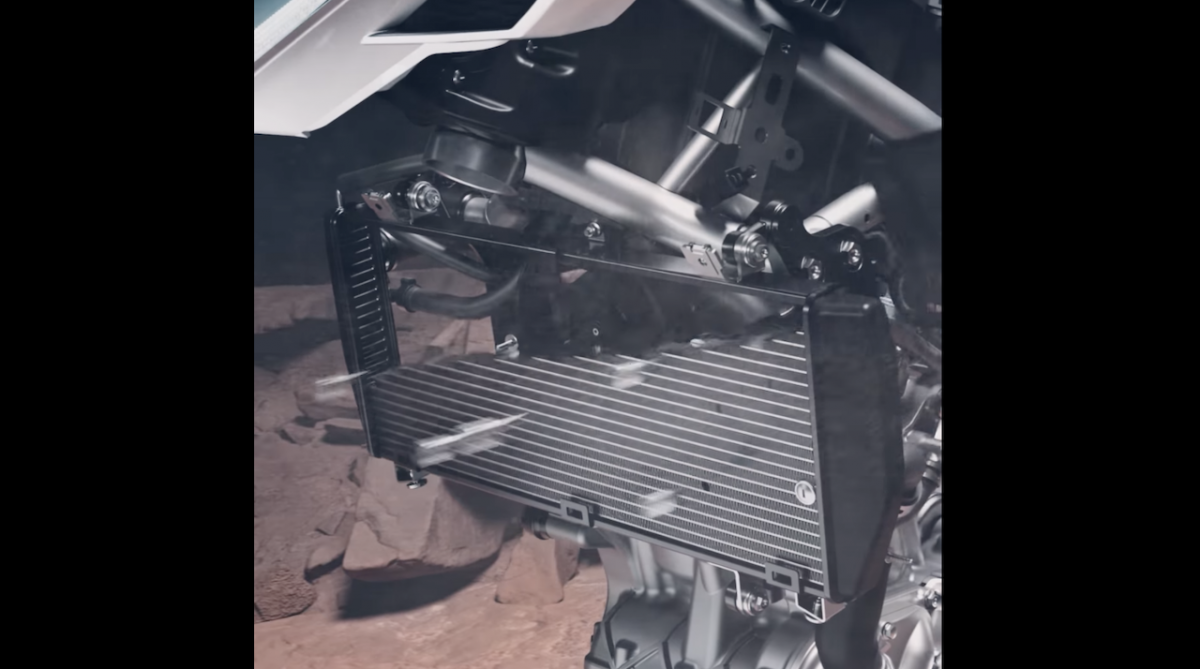 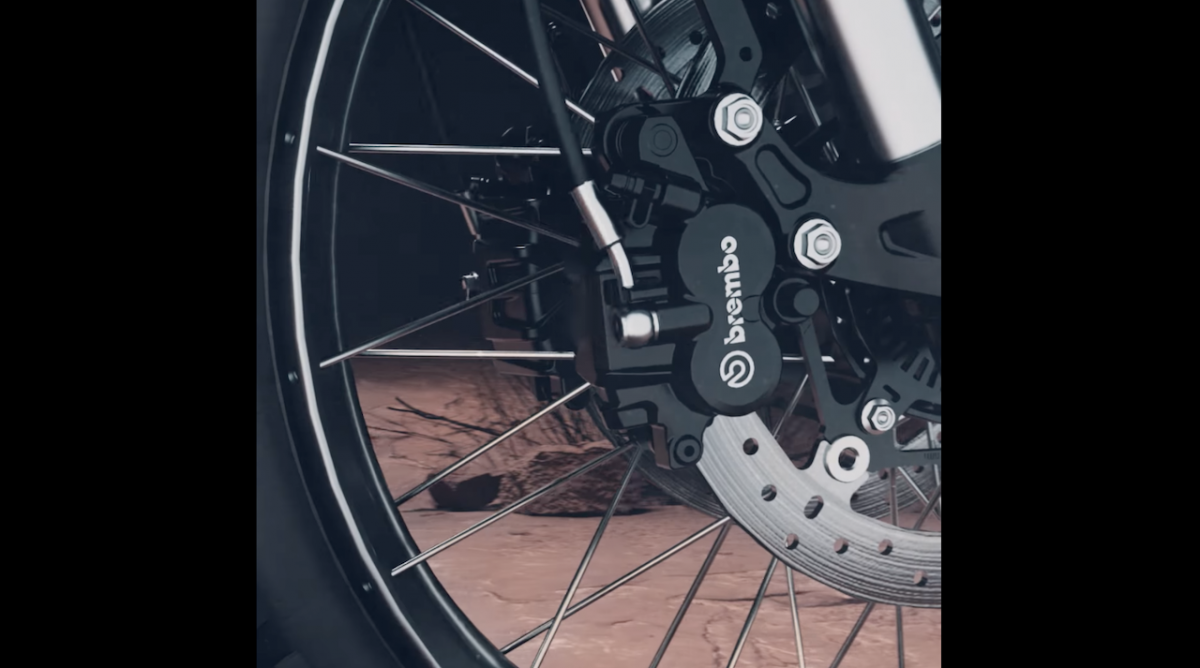 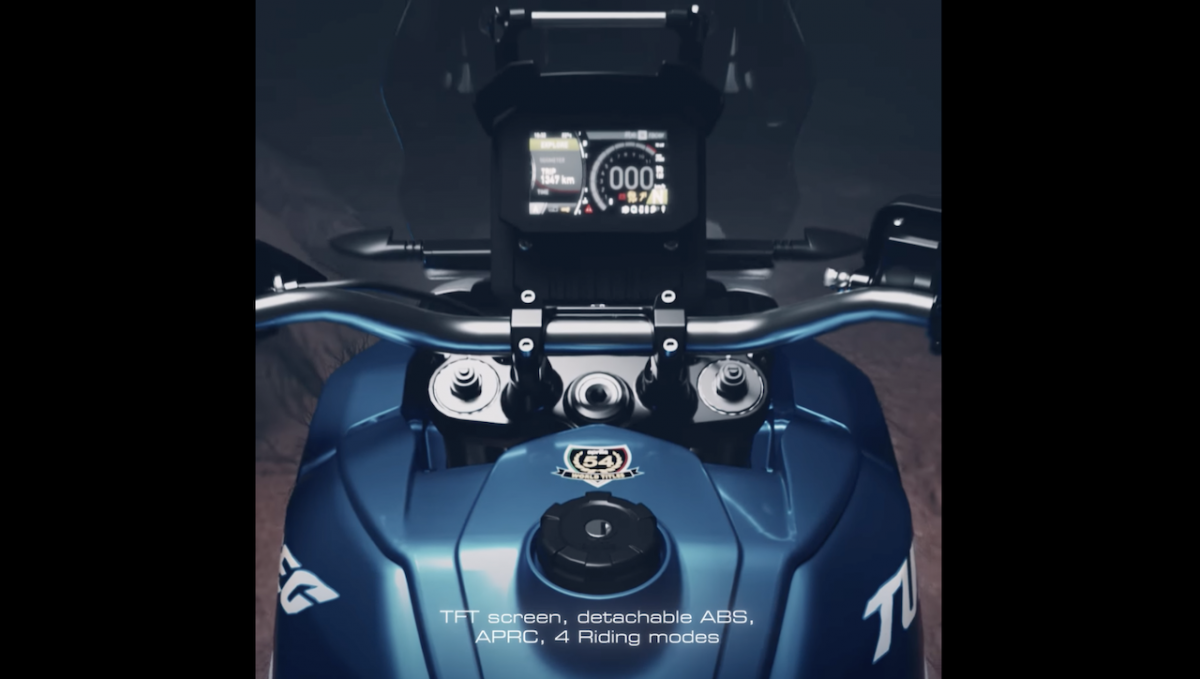 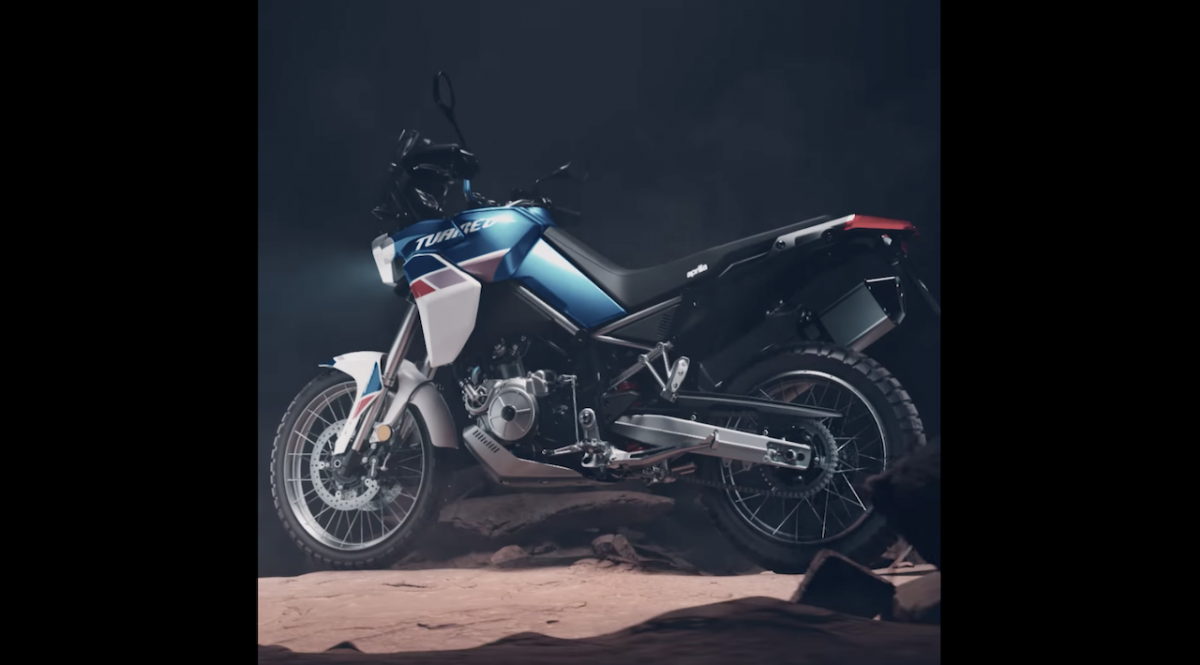