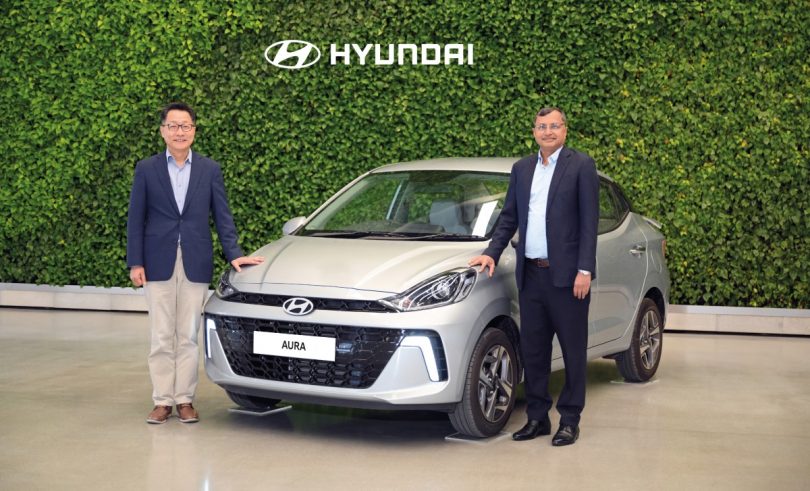 Hyundai Aura has been one of the best-selling sedans in the country. Now the Korean maker has launched its facelifted avatar. The new Aura facelift will retail in the range of INR 6.29 lakh to INR 8.72 lakh for petrol variants. Aura CNG variants are available at a starting price of INR 8.1 lakh and INR 8.87 lakh for the top spec. As part of this update, the sedan gets a comprehensive range of updates. This also includes a host of segment-first features. With these updates, Aura facelift has enhanced capabilities against rivals. Aura will continue to challenge the likes of the Maruti Suzuki Dzire, Tata Tigor and Honda Amaze. All prices mentioned are in ex-showroom.

What Is The Facelifted Hyundai Aura?

Aura facelift now gets a sportier makeover with new elements like a black radiator grille with a 3D mesh pattern, swept-back projector headlamps, twin boomerang-shaped LED DRLs and a sculpted hood design. Other key design features include chrome outside door handles and R15 diamond-cut alloy wheels. At the rear, we see the Aura facelift with Z-shaped LED tail lamps, connecting chrome garnish and rear wing spoiler. Colour options for the Aura facelift now include Polar White, Titan Grey, Typhoon Silver, Starry Night, Teal Blue and Fiery Red. Other than Starry Night which is exclusive to the Aura facelift, all other colour options are also available with the recently launched i10 Nios facelift.

To ensure compliance with upcoming BS6 Phase II emission norms, the Hyundai Aura facelift gets a sole 1.2-litre Kappa petrol motor. This motor makes 83 PS of max power and 113.8 Nm of peak torque. In terms of gearbox options, we get a 5-speed manual and Smart Auto AMT. Aura facelift bi-fuel (petrol with CNG) variant belts out 69 PS and 95.2 Nm. Sadly, Aura facelift CNG is available with only 5-speed manual transmission. 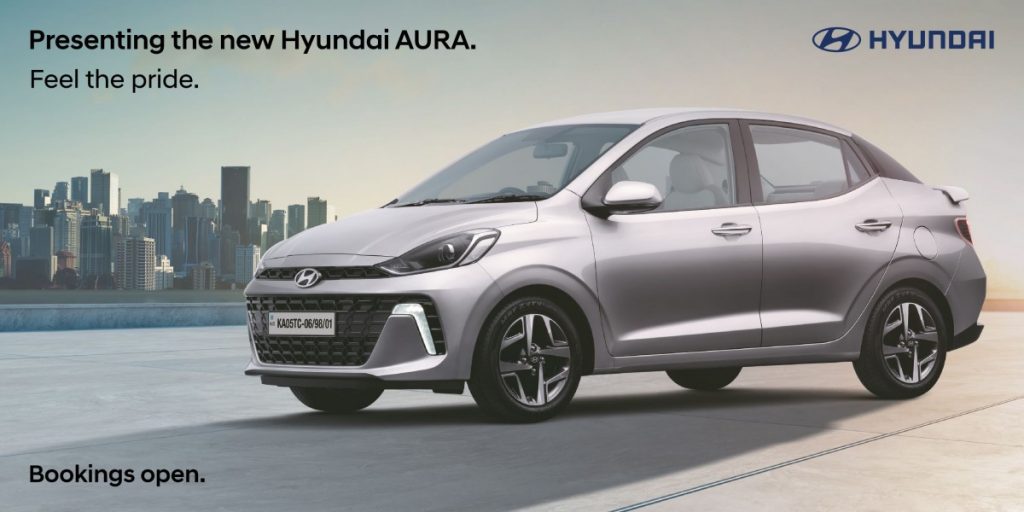 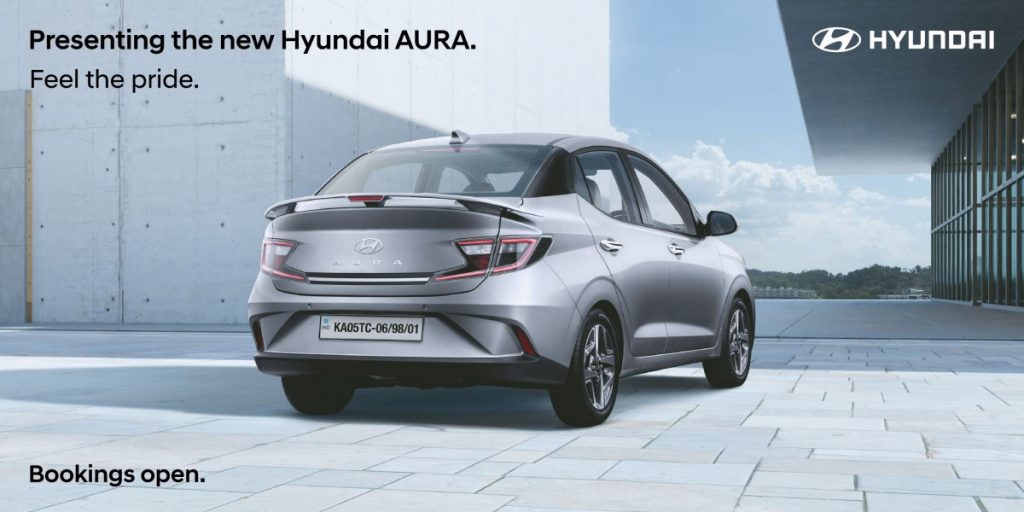