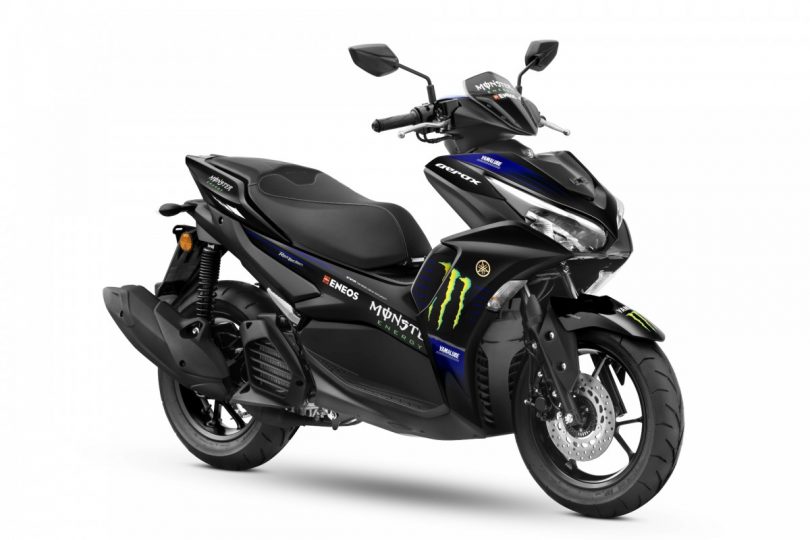 As a part of Yamaha India’s strategic campaign, ‘The Call of the Blue’, the brand has introduced multiple new Monster Energy MotoGP Editions of its most popular motorcycles and scooters in India. The models to get the new editions are – Yamaha MT-15 V2.0, YZF-R15M, RayZR 125 Fi Hybrid and the AEROX 155. Yamaha also mentioned that these new editions will be available at all of its premium Blue Square outlets across the country.

The motorcycles to get the new editions from Yamaha’s Indian lineup are – YZF-R15M and MT-15 V2.0. On the other hand, Yamaha is also giving two of its scooters the MotoGP livery. These are – the RayZR 125 Fi Hybrid and the AEROX 155. While the motorcycles get Monster Energy and MotoGP graphics on the tank shrouds, side panels and fuel tank, the two scooters get the branding on the overall body.

Yamaha has always been synonymous with motorsports. The brand also has a strong racing DNA in international motorsports. Hence, the launch of these MotoGP Editions proves the brand’s commitment to offering products that showcase its proud lineage.

Yamaha took everyone by surprise when it launched the Aerox 155 in India. Since its launch, the sports maxi-scooter has remained one of the few high displacement sporty scooters in the market. The Aerox 155 is also the only proper maxi-scooter under INR 2 lakhs. The MotoGP Edition of the Aerox 155 further enhances the looks of the sports maxi-scooter. It gets Monster Energy graphics at the sides and Monster Energy name branding on the X Centre Motif and rear cowling. Apart from the different graphics, the model remains mechanically identical to the regular Aerox 155. For now, Yamaha India has not announced pricing for the Aerox 155 Monster Energy MotoGP Edition. Neither has the brand announced a date for the price unveil.

One of the biggest highlights of the Aerox 155 is its engine, which it shares with the R15 and MT-15. However, in the case of Aerox 155, it is mated to a CVT gearbox. The 155cc liquid-cooled 4-valve fuel-injected motor makes 15 PS of power at 8,000 rpm and 13.9 Nm of torque at 6,500 rpm. Like the R15 and MT-15, the Aerox’s engine also gets Variable Valve Actuation (VVA) technology. The maxi-scooter also features a Smart Motor Generator (SMG) system. This eliminates the sound of meshing gears. Thus, making every engine start silent.

The Aerox 155 also features Automatic Stop-Start System. As the name suggests, the system automatically shuts off the engine when idling to save fuel. The rider can restart the engine by simply twisting the throttle. The equipped Starter Generator Control Unit (SGCU) monitors running conditions to avoid frequent engine starts in traffic conditions. 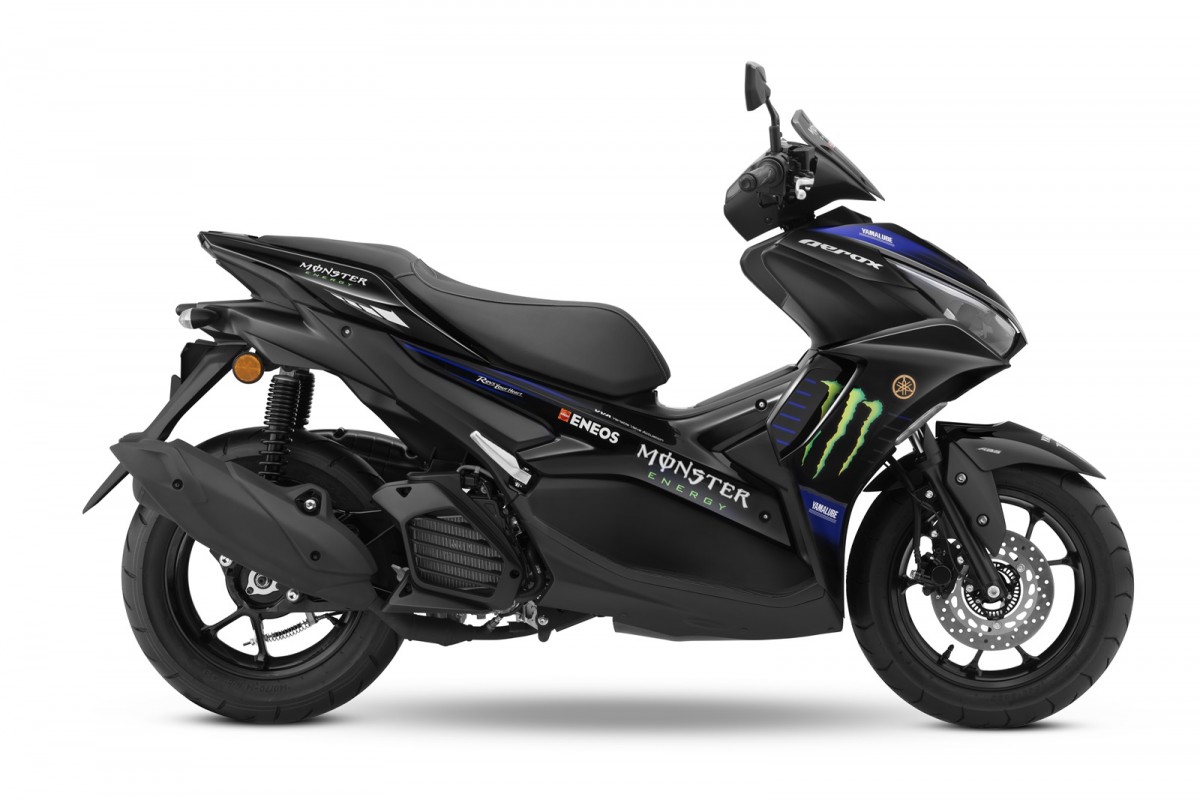