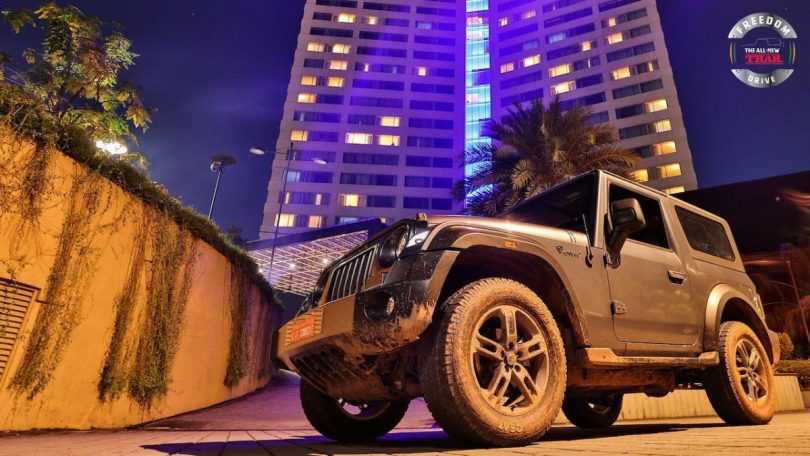 Mahindra introduced the Thar SUV on 2nd October 2020. The brand has already acquired large amounts of bookings with over 50,000 orders in the bag. Now a media report suggests that the all-new Mahindra Thar will come with a newly updated skid plate.

The Mahindra Thar already features a skid plate fitted from the factory. But the design features large pass-through holes to allow for better thermodynamics. This could have had an adverse effect on the off-roading ability of the SUV. The Mahindra Thar is an accomplished off-roading tool right from the factory. Therefore many enthusiasts like to take the Thar for weekend off-roading. During such events, the factory-installed skid plate with holes may alloy small stones and mud to enter the radiator area. Due to this the radiator, as well as several engine components, could get damaged.

Reports suggest that due to several such complaints, the brand has now redesigned the factory skid plate with the holes closed. The plastic unit with the closed holes will block mud and stone from passing through and better protect the radiator and other engine components. Mahindra Through their genuine accessory sales channel, M2ALL also provides a metal skid plate for more protection. The metal skid plate costs INR 5,550 and is capable of taking much larger rocks than the stock plastic unit. Apart from the new skid plate, Mahindra is also offering a new fuel tank protector on the Mahindra Thar.

Apart from the new skid plate, the Mahindra Thar is likely to remain unchanged. Powering the Thar is a BS6 compliant 2.0-litre turbo-petrol engine producing 150 Bhp and 320 Nm of torque. The Thar is also available with a 2.2-litre turbo-diesel engine that produces 130 Bhp of power and 300 Nm of torque. Both the petrol and diesel options come with 6-speed manual gearbox and a 6-speed torque converter automatic transmission. The Thar also comes with a 4×4 drivetrain with a low ratio transfer case as standard. 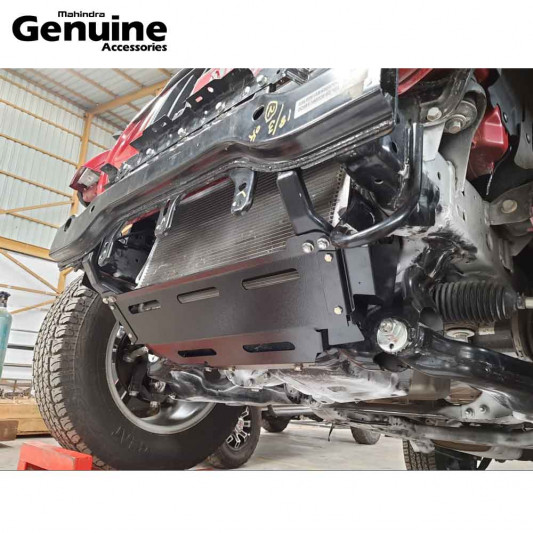 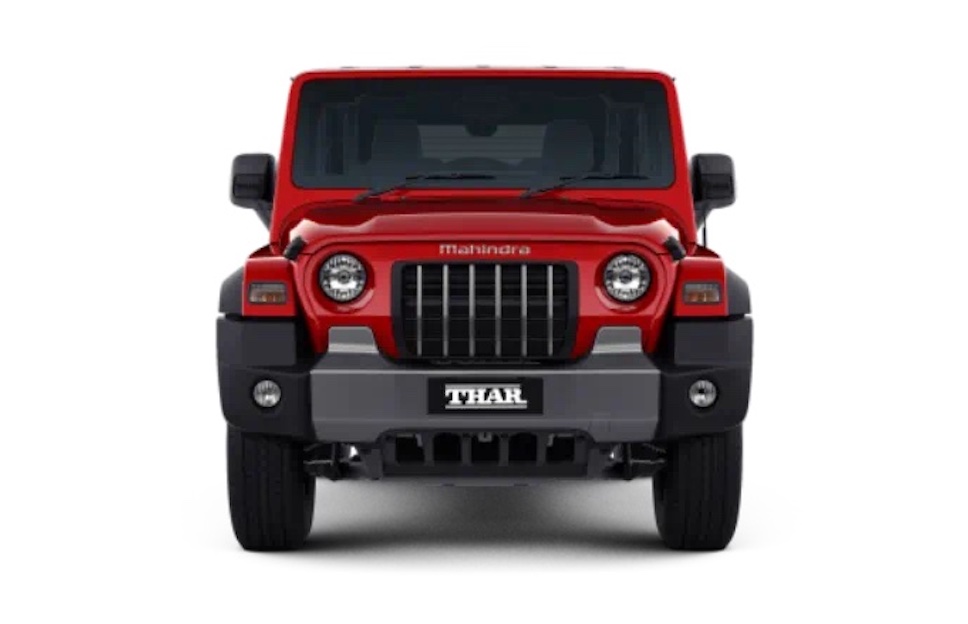 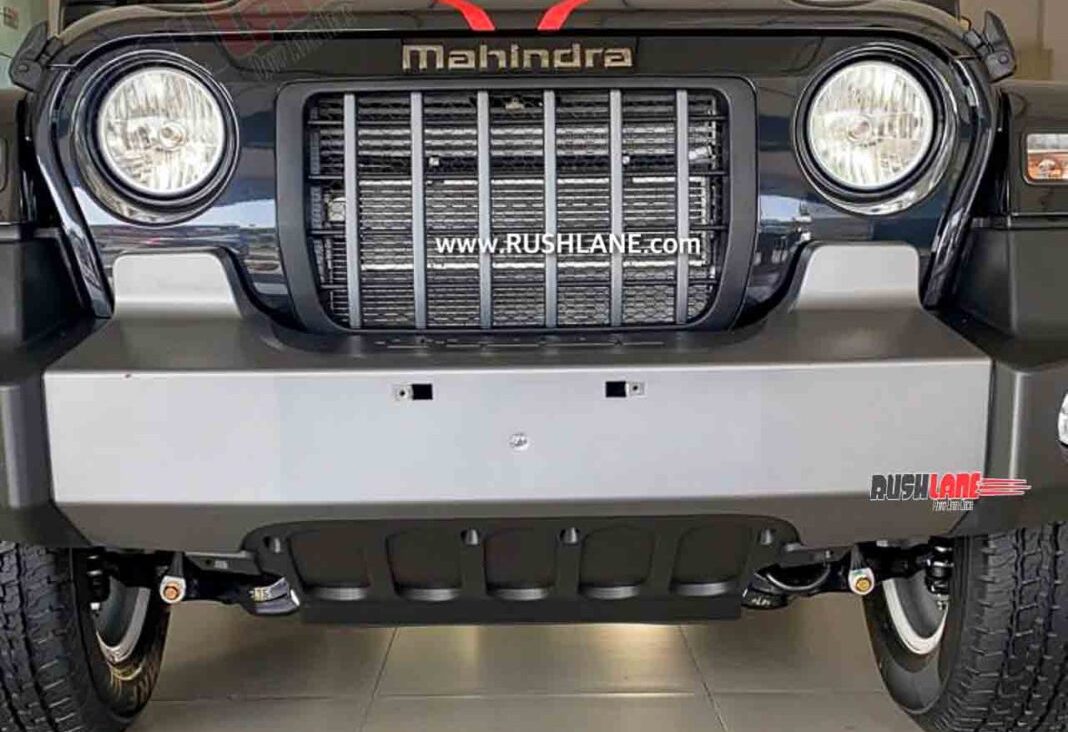 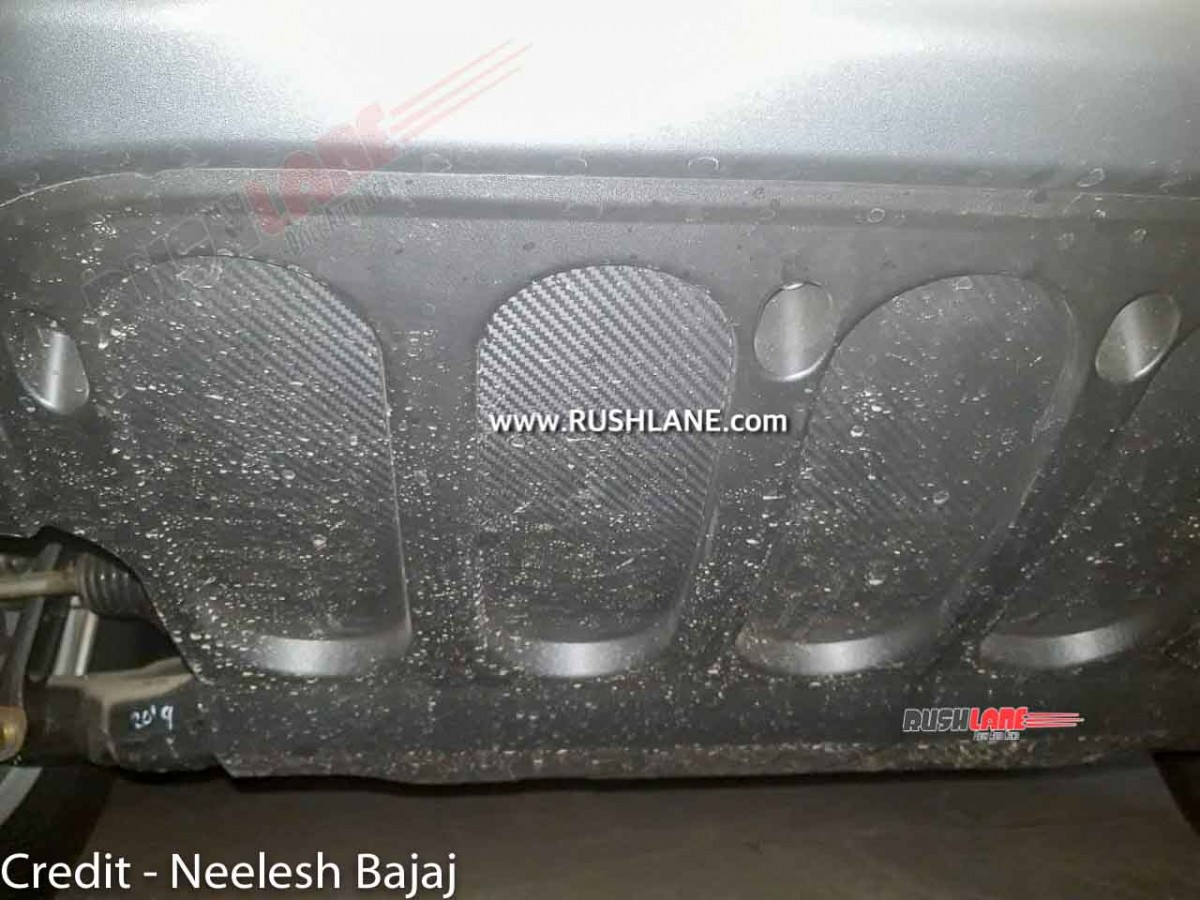