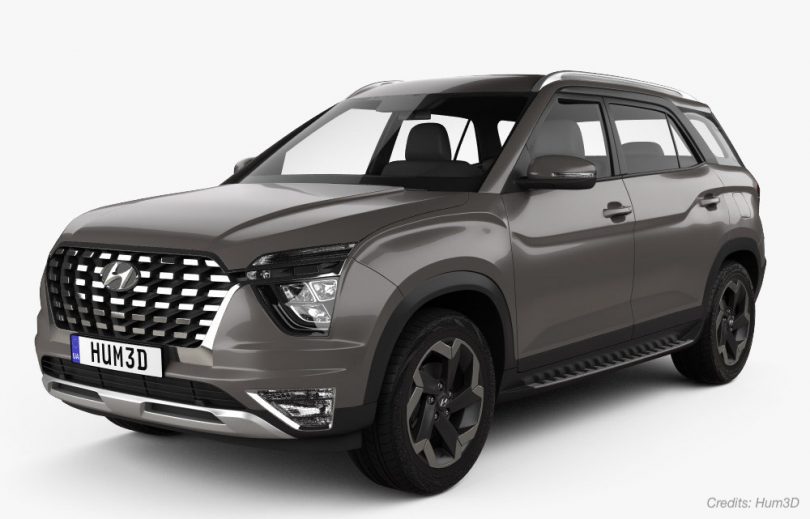 Hyundai officially revealed the exterior and interior sketch designs of the Alcazar 7-seater SUV which is getting ready to make its debut in the Indian market. Now, the design renderings of the Hyundai Alcazar have emerged on the internet giving us a glimpse of what to expect in the near future.

From the leaked images, the front of the Alcazar though similar to the Hyundai Creta comes with distinguishing features such as a reworked grille design with a chrome studded finish, chrome elements that separate the top DRL from the headlamp cluster and mingle well with the grille bezel. The Creta features a body-coloured insert instead of the chrome. The front bumpers and the fog lights are also new and the Alcazar also gets a new skid plate in silver finish. The bonnet ridgelines, shoulder lines, wheel arches and roof rails are all similar to the 5-seater model, but the leaked pictures show a side step instead of a rock guard and new design dual-tone alloy wheels.

Hyundai revealed official design renderings of the Alcazar SUV which show a completely new haunch that features a new tailgate, new taillamps with a C-shaped light signature, a prominent skid plate effect similar to the Creta but a new C-pillar design with a large window opening and an extended rear overhang to accommodate the third-row of seats. The leaked images reverberate with the official designs and also reveal that the taillamps will come with a 3D insert as well as a large chrome applique on the tailgate. The leaked images also show twin-tipped exhaust pipes on the rear bumper leading us to believe that the Alcazar will be offered in the turbo-petrol engine variant.

On the inside, the Alcazar appears similar to the Creta apart from the obvious 7-seat arrangement. The dashboard design is similar to the 5-seater car and official renderings suggest that it will come in a dual-tone finish of wooden brown and black. The theme also continues on the seat upholstery. The second row, however, features captain seats with a large centre armrest that features storage and cupholders. Speculations are that the centre armrest will also come with wireless smartphone charging. 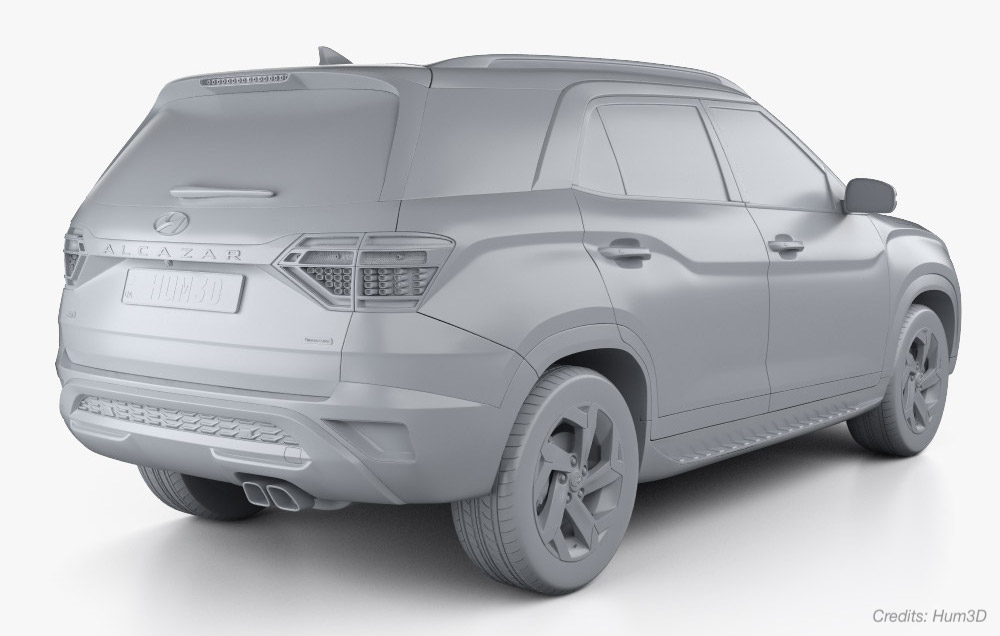 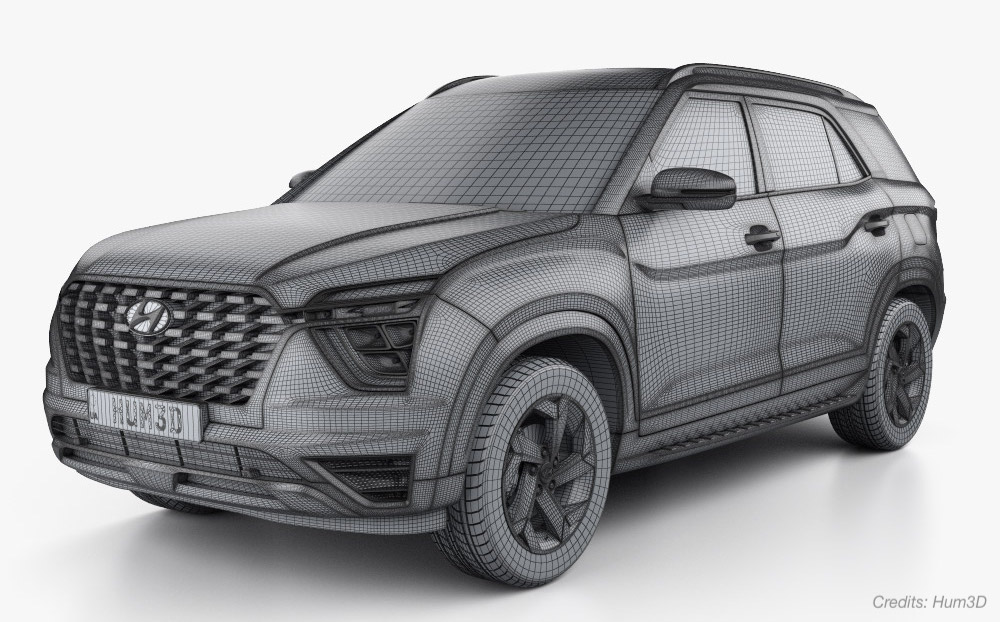 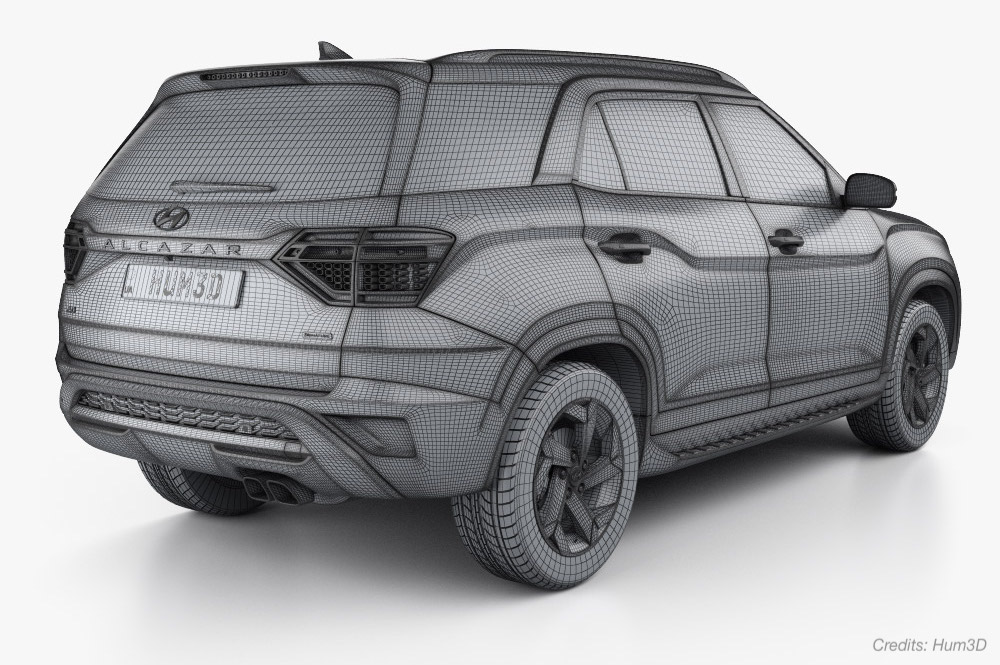 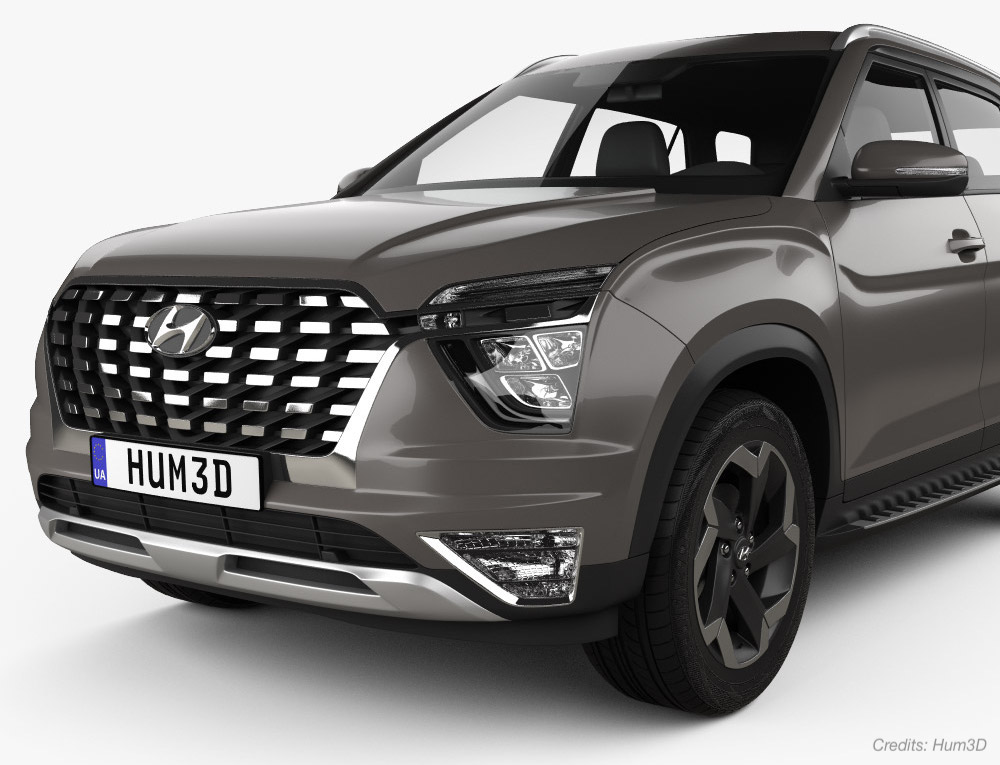 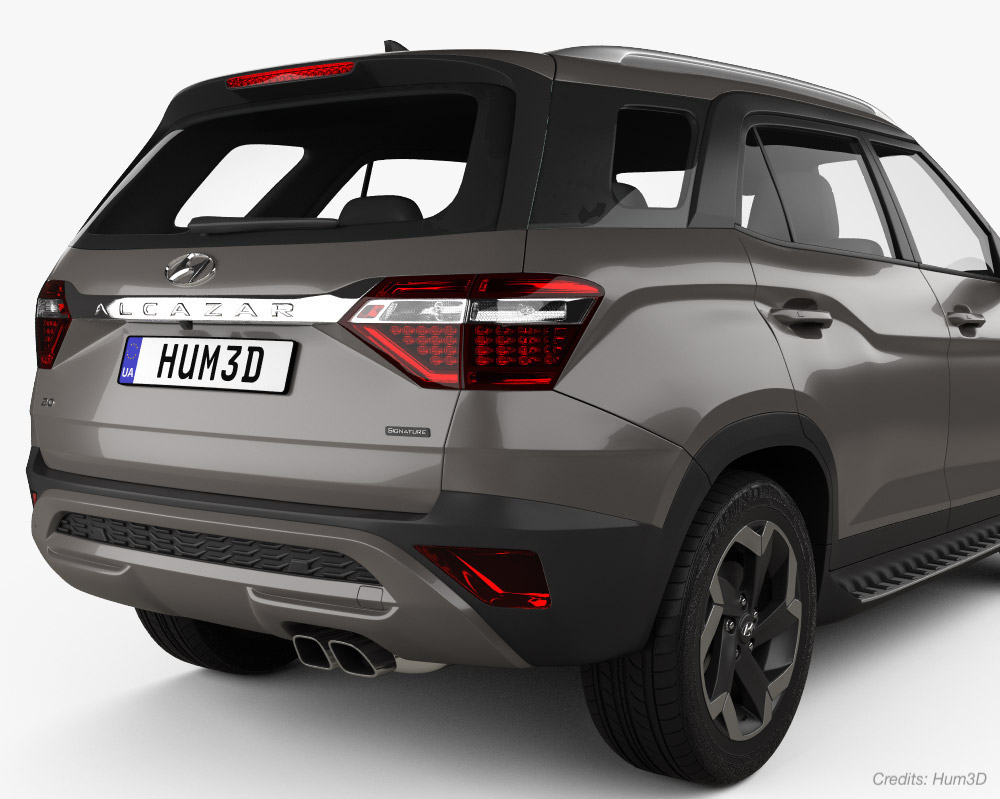 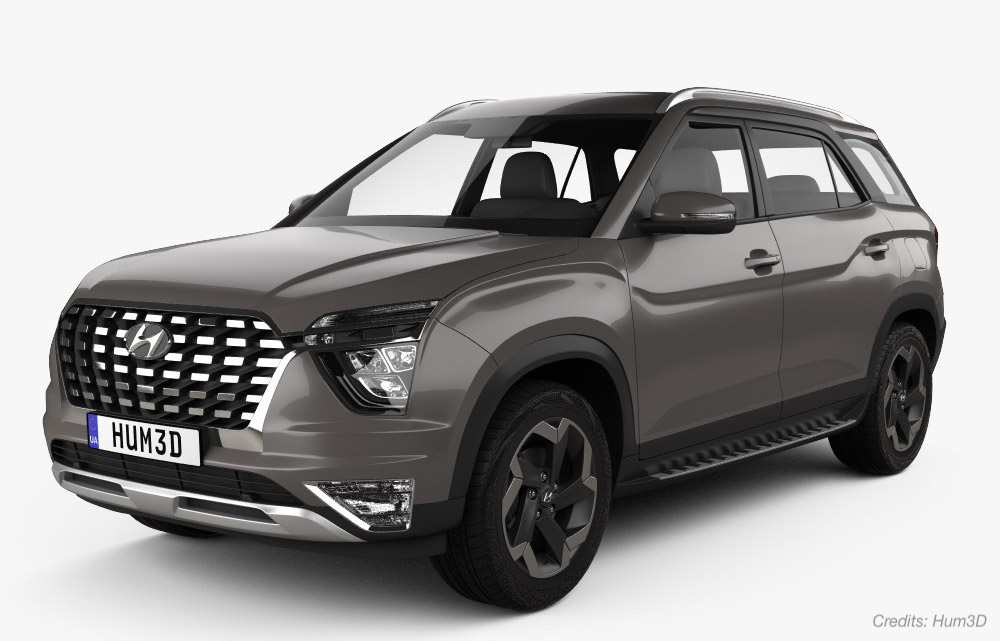 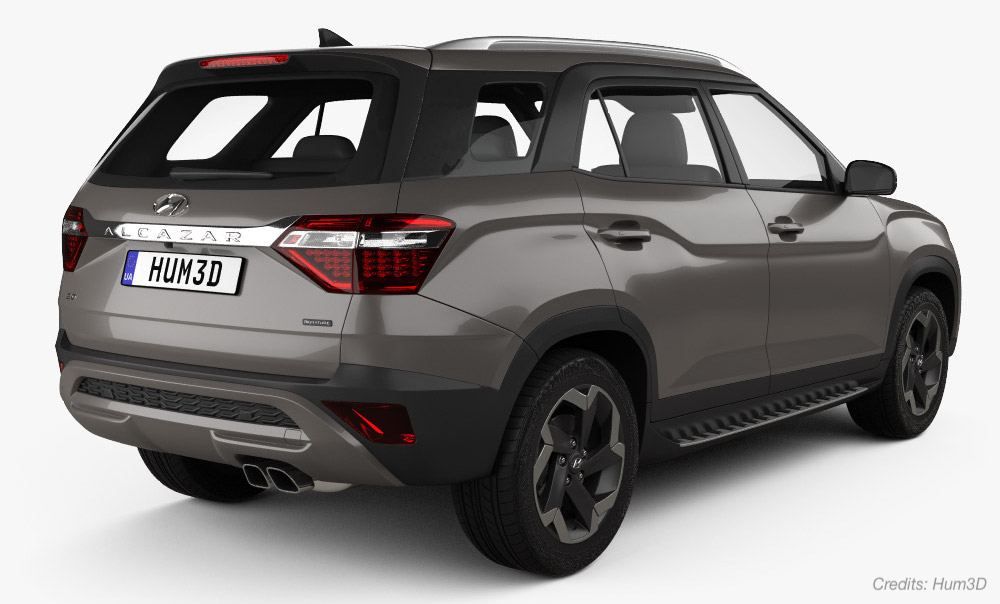 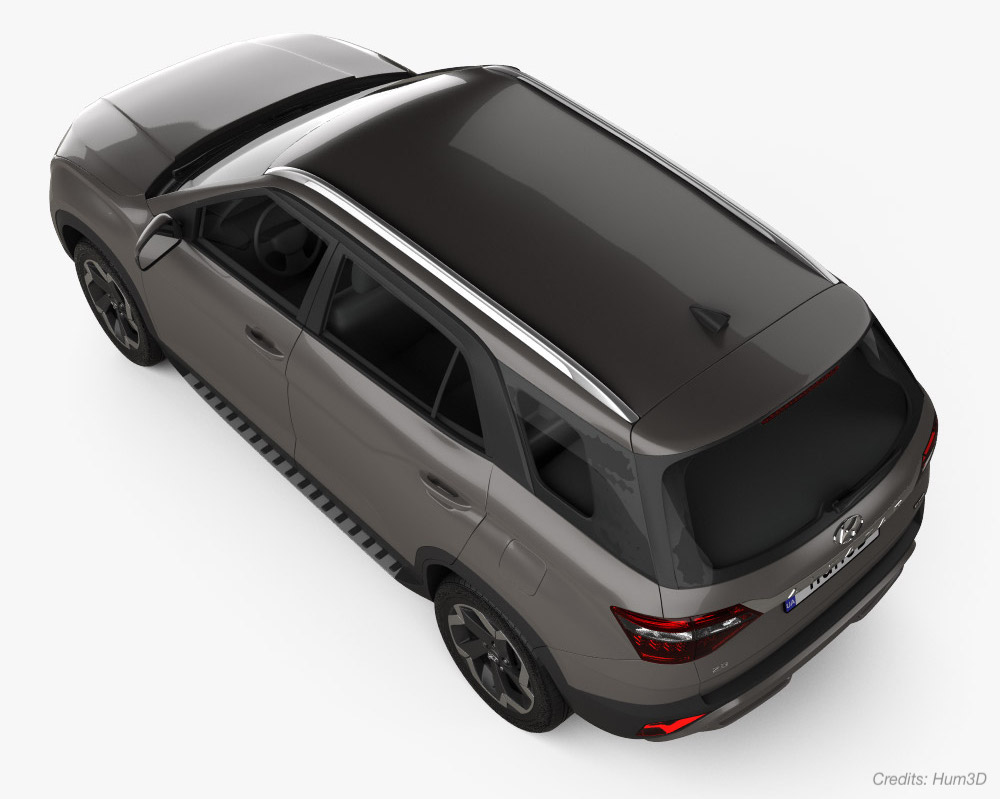 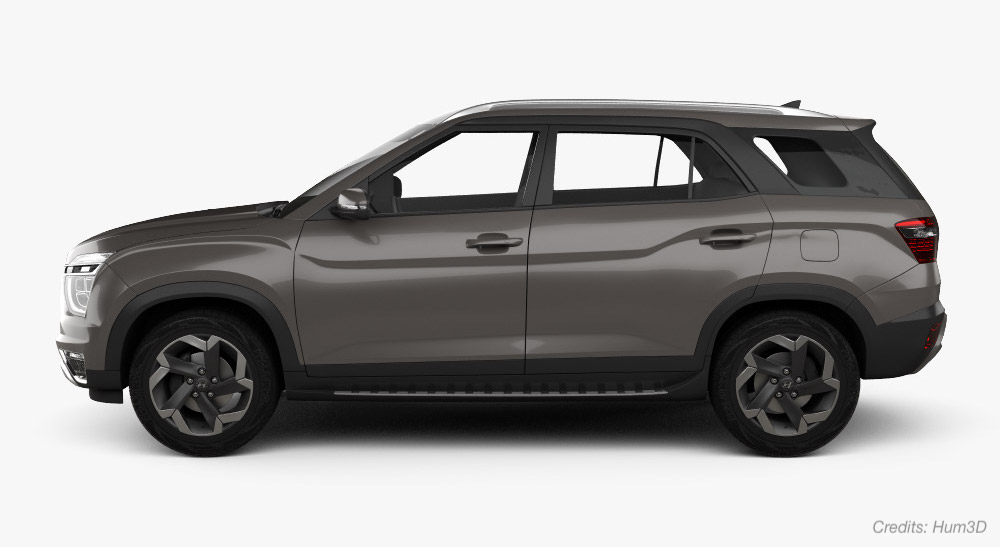