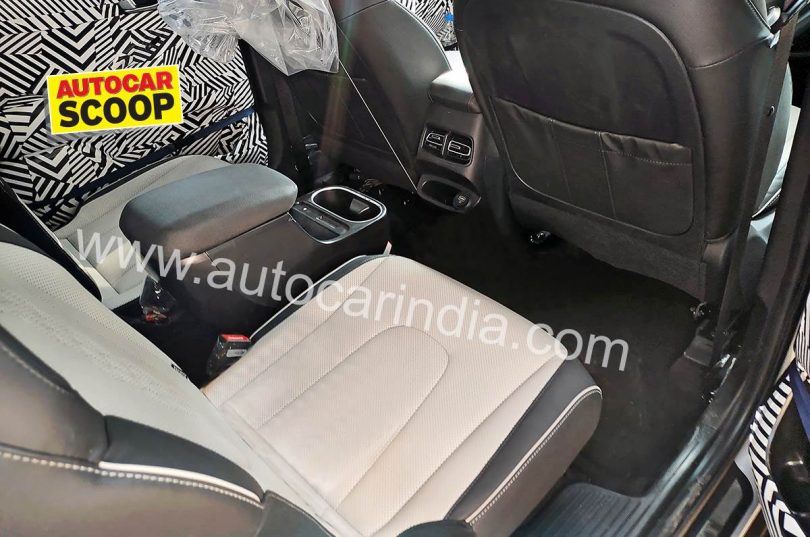 Hyundai confirms that its new Premium 7-seater SUV named Alcazar and the SUV will make its world debut soon and while several images of the Alcazar were available on the internet of course in its camouflaged avatar leading to speculation that the car will be a larger iteration of the Creta SUV, there was hardly any information on the interiors of the Alcazar. But now spy shots of the rear seats have emerged on the internet that gives us a glimpse of what to expect in the near future.

According to the spy images, the Hyundai Alcazar will also come with a 6-seater option with captain seats in the middle row. But interestingly Hyundai has added a large centre console in between the captain seats. The centre console appears to give the Alcazar 6-seater a premium look and also comes with a lot of cubby holes and may even house the air filtration system. The large centre console is likely to be immovable which means the third-row access will be from the side that leads us to believe that the captain seats will not only get a slide but a proper tumble function and not just a half recline.

Spy shots reveal that the third-row seating will be much apt for children. The width of the third row appears to be good but the legroom is likely to be a tight squeeze. The upholstery is likely to be in a dual-tone colour as seen in the spy pictures and Hyundai might add further options to the seat upholstery. All three rows are expected to come with air conditioning vents and mobile phone charging points. In the 7-seater iteration, the middle row will come with a bench seat.

The Hyundai Alcazar 7-seater SUV is likely to borrow the naturally-aspirated petrol, turbo-petrol and turbo-diesel engines from the Hyundai Creta on which the Alcazar is based. But the Alcazar will come with its own unique differentiating factors on the outside and a few changes on the inside. Hyundai is likely to launch the Alcazar in the Indian market around June 2021. 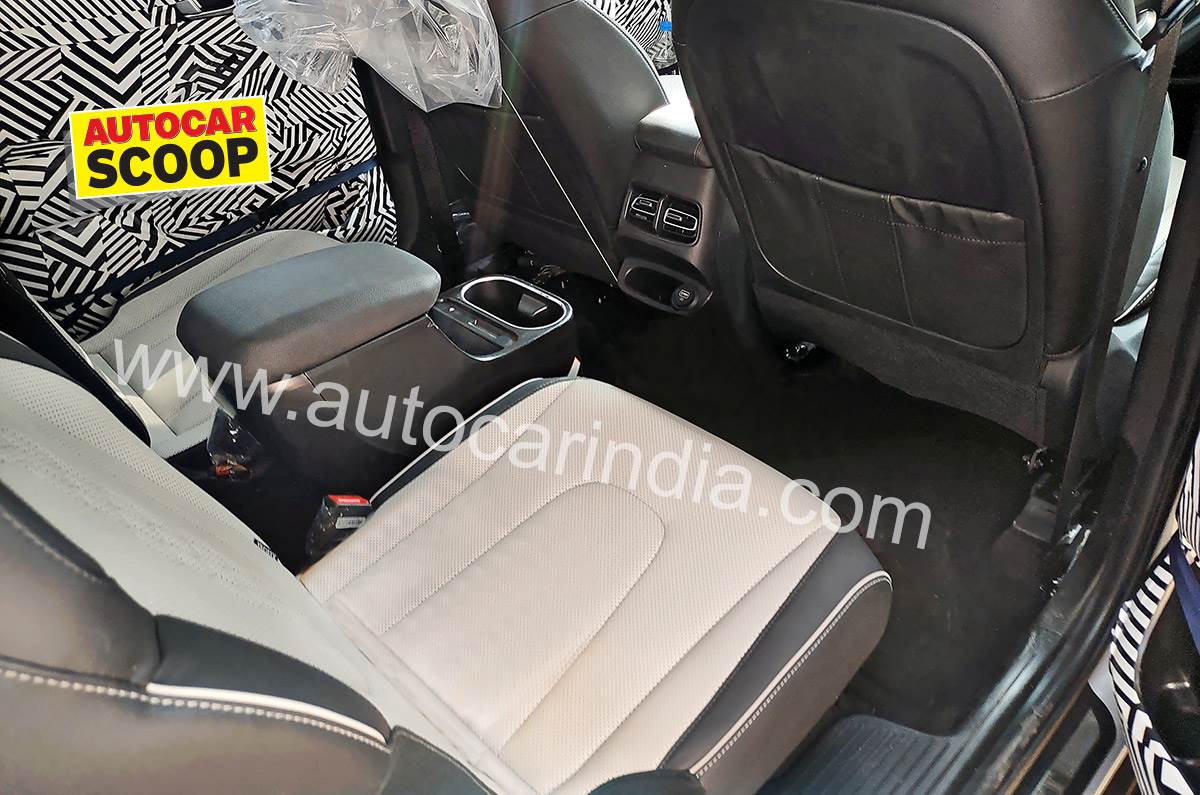 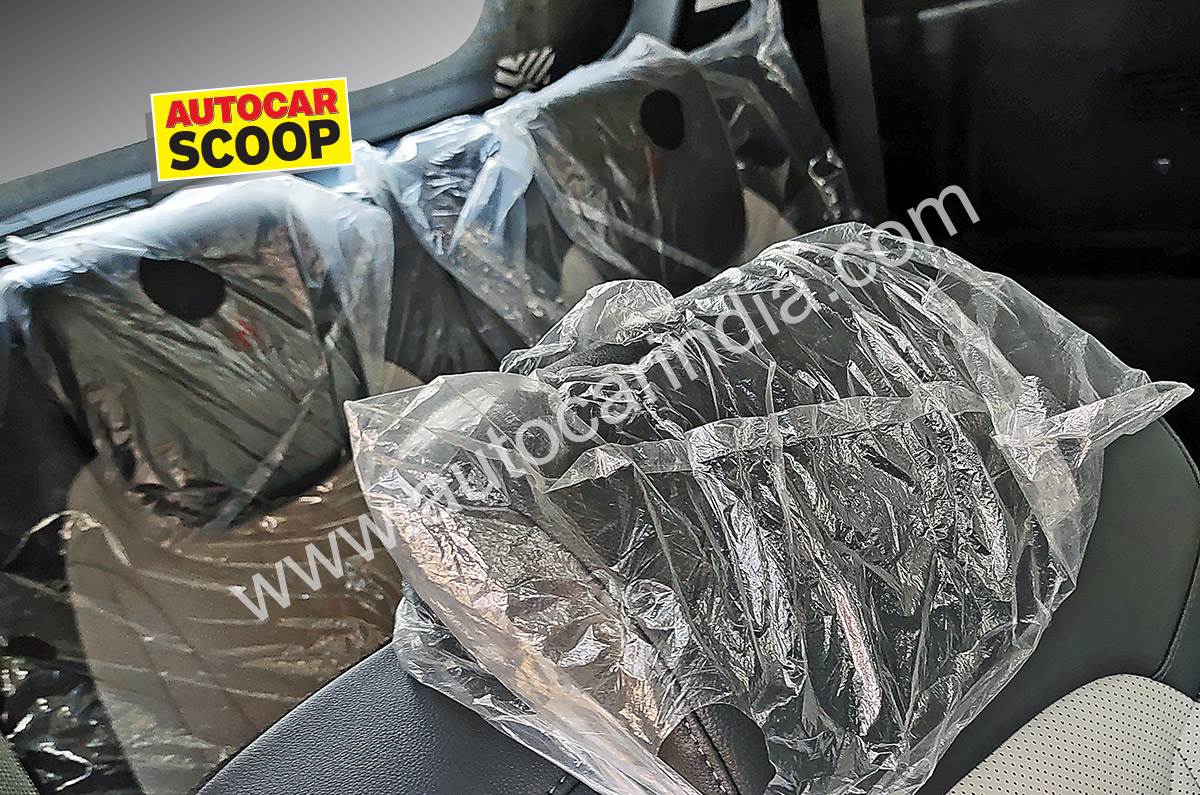 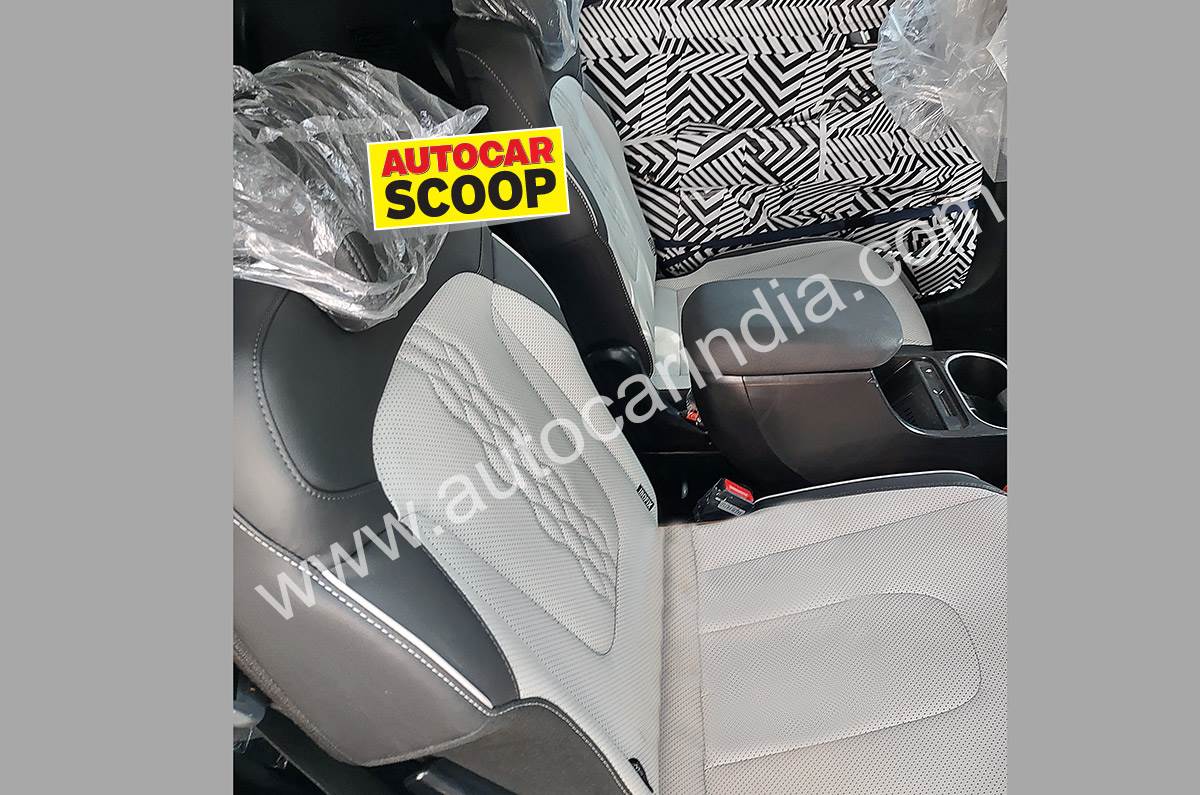 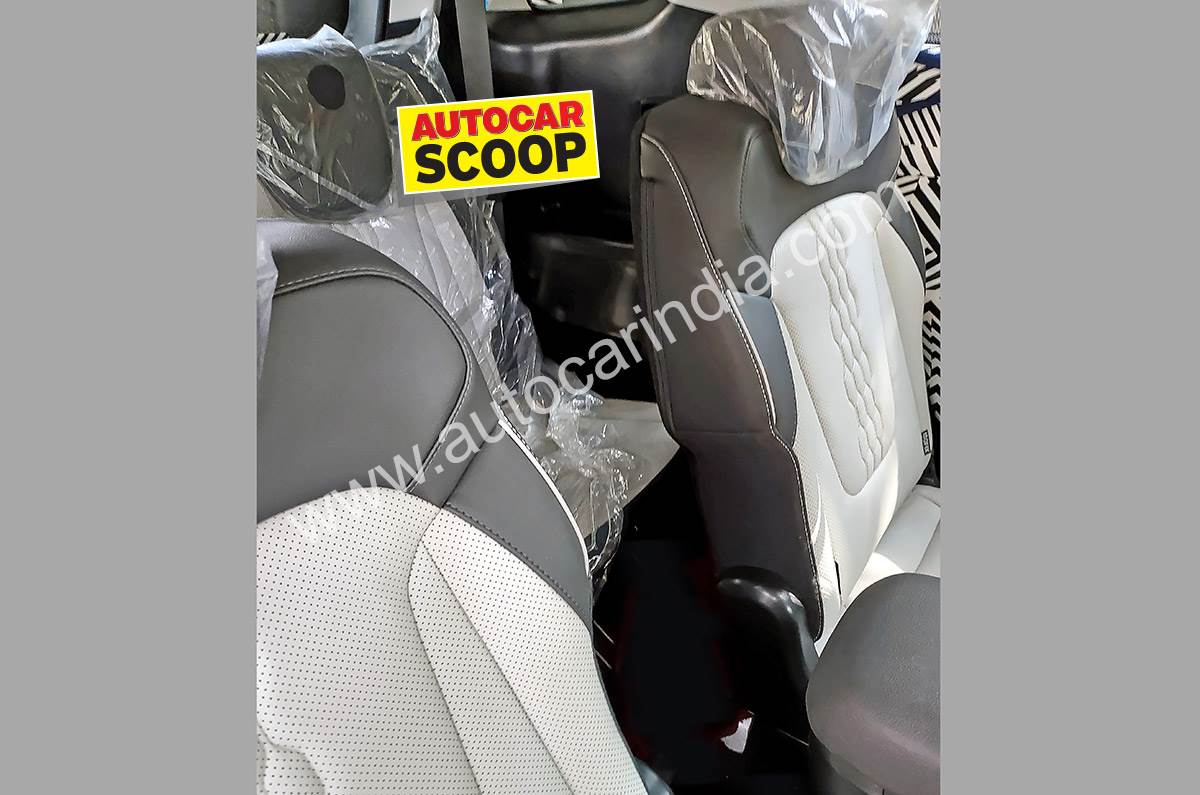