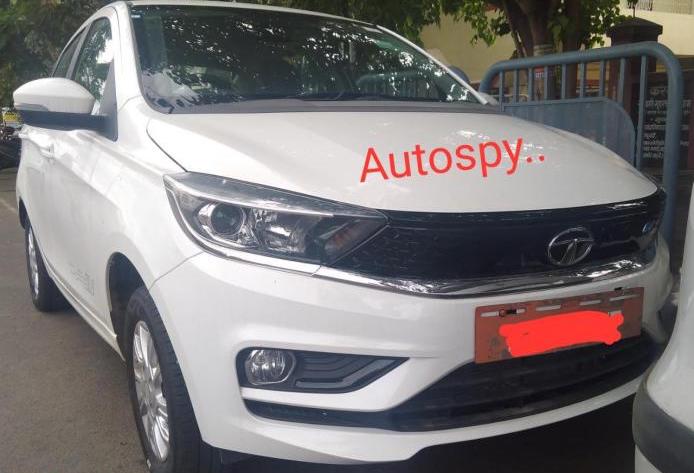 Tata Motors is testing the Tigor EV, a test mule of which has been spied testing before the lockdown under covers but now a test mule of the Tigor EV has been spotted, sans camouflage, with new facelift upgrades similar to the ones seen on the standard internal combustion engine 2020 Tata Tigor facelift.

The spied Tata Tigor EV appears to have a black finished grille with a chrome embellishment that runs across under both headlight units. The EV gets dual barrel headlights with projector lamps, a wide air dam, refreshed bumpers but with fewer chrome accents, the same fog lamp housing as seen on the standard Tigor, chrome bezel fog lights, an EV badge on the radiator grille that distinguishes it from the standard, EV graphics on the side, a ‘Plug’ graphic on the charging port door, a blue stripe on the bottom edge of the rear deck, a shark fin antenna, roof spoiler, etc.

On the inside, the Tigor EV facelift is likely to get a new three-pointed steering wheel, new seat upholstery, but other features such as the dashboard fascia along with the twin-pot instruments console are expected to be retained. Other features such as an audiotainment system protruding out of the dash fascia, rotary air-con controls, powered ORVMs, a sleek gear selector are expected to remain the same.

Currently, the Tata Tigor EV is powered by a three-phase, permanent magnet 30 kW induction motor paired to a 21.5 kW, 72V lithium-ion battery with a liquid cooling system that produces a torque output of 105 Nm and returns a range of about 213 km on a single charge and can be charged to up to an 80% State of Charge (SOC) from 0% in 2 hours using a 15 kW fast charger and can do speeds of up to 80 kmph. The battery, when plugged in a normal charger, will take 11.5 hours to charge fully (100% SOC). 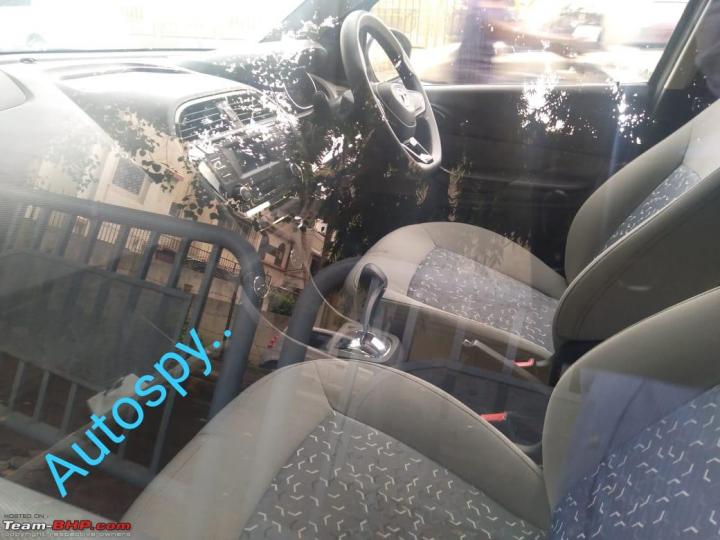 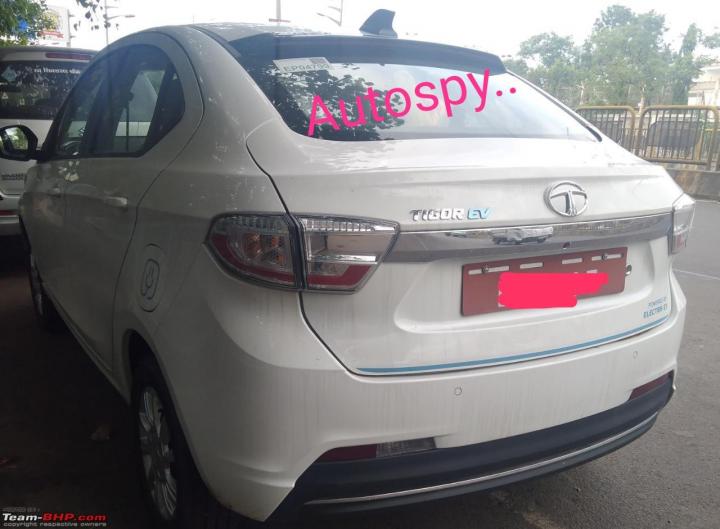