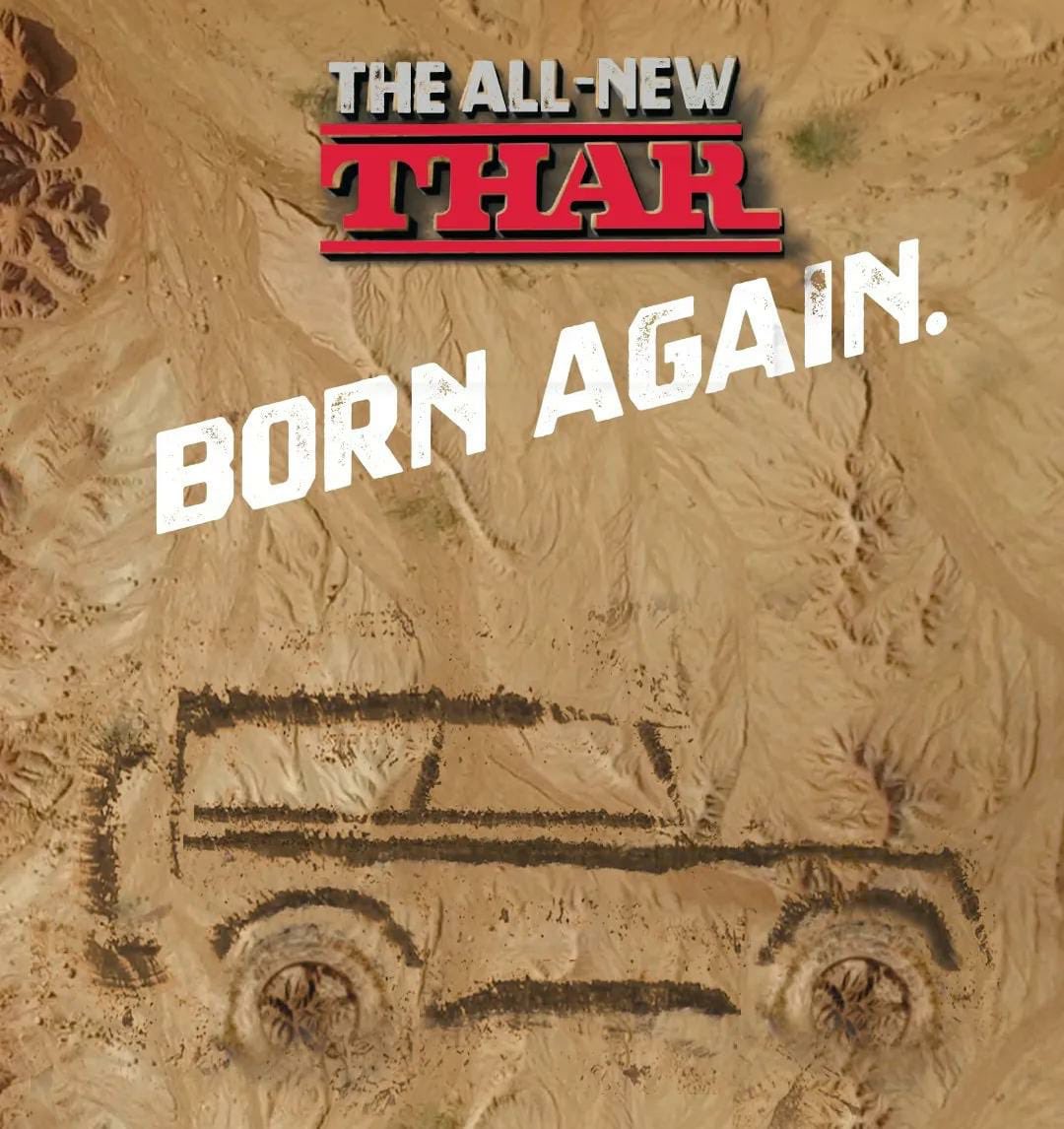 Mahindra and Mahindra have announced that the brand’s most anticipated SUV, the all-new 2020 Mahindra Thar will make its debut on the occasion of India’s 74th Independence Day – 15th August 2020. The Mahindra Thar is one of the country’s most loved off-roaders and in the new avatar, the next-generation model claims to take a quantum leap in terms of technology, comfort and safety features without compromising the vehicle’s legendary off-road capability and its iconic design.

The all-new 2020 Mahindra Thar is not only targeted towards off-road enthusiasts but also positions itself as a contemporary SUV that also appeals to individuals who want an all-round SUV with an iconic timeless design with modern-day features along with the capabilities to traverse rough terrain.

The Mahindra Thar was launched back in 2010 and since then has been the flag bearer of the companies legacy of over seven decades with the Mahindra Classics that has enabled Indians in the free nation to explore new places and the all-new Thar aims to bring the pleasure of motoring back with the blend of its iconic design and new achieved capabilities.

As of now, the brand is tight-lipped about the technical details on the all-new 2020 Mahindra Thar but spy shots of a test mule in the recent past have revealed that the SUV is likely to feature an updated chassis to conform with the latest crash safety norms for both passengers and other road users. The 2020 model is also expected to feature safety updates such as seat belt reminders, over-speed alert, driver side airbag, reverse sensors, ABS, etc. available as the standard part of the pack.

The outgoing Mahindra Thar was powered by a 2.5-litre, 4-cylinder, CRDe engine which developed 105 HP of power and 247 Nm of torque mated to a 5-speed manual transmission. It was equipped with a BorgWarner transfer case and a 4×4 drivetrain with manual shifting low range gearbox. The next-generation model is speculated to come with a 2.0-litre turbo-diesel unit with BS6 compliance that is likely to deliver around 120 PS of power.

The brand last year also launched the limited-edition model of the Mahindra Thar dubbed the ‘Thar 700’, a commemorative model to bid a final adieu to the iconic and timeless 4×4 SUV and to honour Mahindra’s 70-year-old rich 4×4 heritage that marked the brand’s lineage from the year 1949 when the first Mahindra vehicle was built.

The 2020 All-New Mahindra Thar will be unveiled Digitally via Live Webcast and through the dedicated Mahindra Thar website on 15th August 2020 along with its official social media handles.