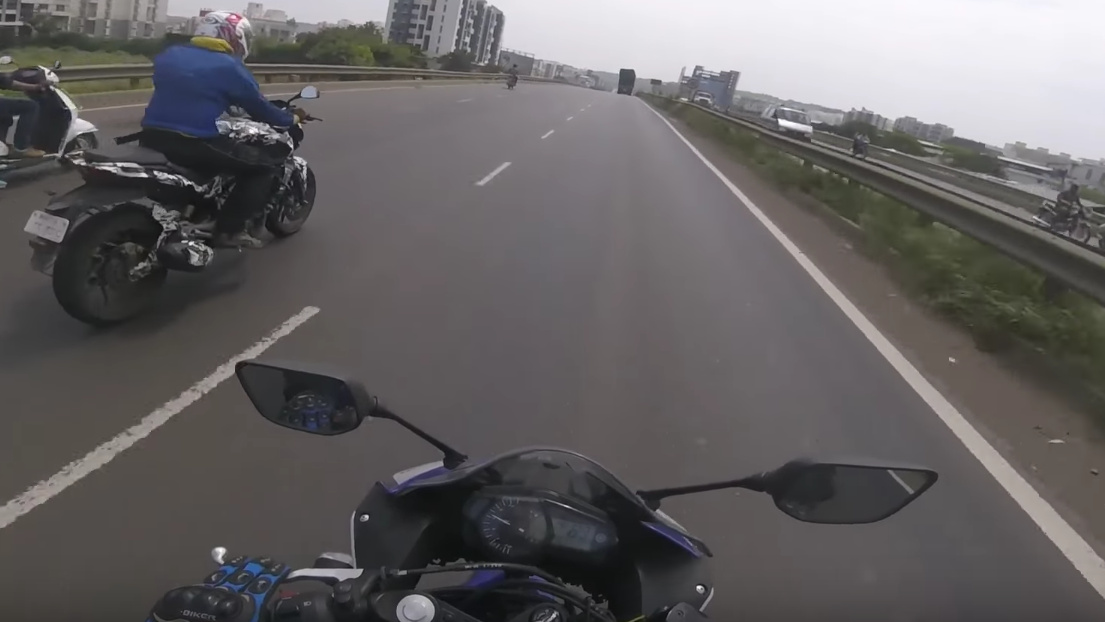 Bajaj’s new flagship motorcycle, the Kratos VS400, earlier known as the Pulsar CS400 has become a common sighting on the streets of Pune. The bike is undergoing intensive road testing before hitting the showrooms and this time, was caught by an enthusiast riding a Yamaha YZF-R3.

Now, there is nothing much to this video, but just a chase where the Yamaha rider is wanting to get a glimpse of the biggest motorcycle from Bajaj’s stable.

It is being said that the Kratos VS400 could be launched within a months time. However, the brand hasn’t made any official confirmation on the same.