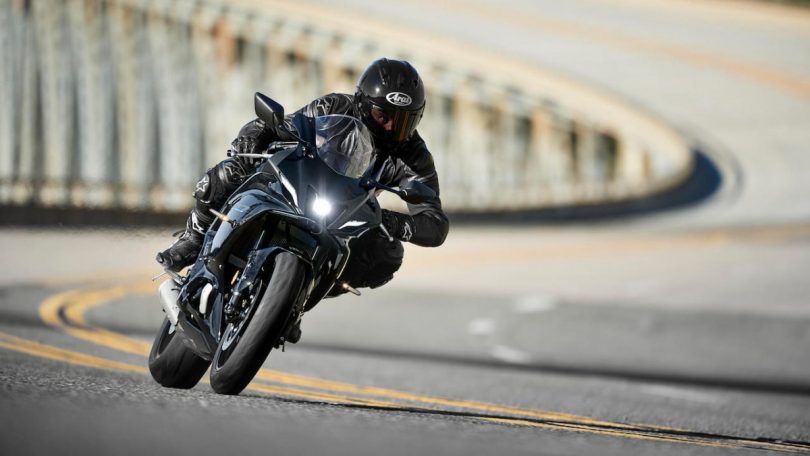 Yamaha is planning to bring a new motorcycle to the Indian market. Sources report that the brand has filed patents at the ICAT for the Yamaha R15M moniker. The bike has received type approval from the government agency, which leads us to believe that the launch of the new model is right around the corner.

In the recent past, images of a camouflaged test mule appeared on the internet. This led to speculations that the Japanese manufacturer plans to launch a new version of the Yamaha R15 in India. The current Yamaha R15 model is dubbed Version 3.0. Rumours suggested that Yamaha could be planning to launch the R15 under the Verison 4.0 moniker. But the latest type-approval documents reveal that the new version could be dubbed Yamaha R15M.

Spyshots in the past have revealed that the new Yamaha R15M will come with design inspiration from the Yamaha R7. The Yamaha R7 made its debut recently in the international market and featured a sleek design language. The motorcycle comes with eyebrow-like LED DRLs but gets a monocular projector headlamp that appears integrated with the aero duct on the fascia. The R15M spy shots also show a similar design language. But the rear section of the test mule appeared quite similar to the current Yamaha R15 Version 3.0.

The leaked type approval documents also reveal that the engine will be a 155cc BS6 compliant motor that makes 18.5 PS of power. The engine is likely to have come forward from the Yamaha R15 Version 3.0. The R15 Version 3.0 uses a 155cc single-cylinder liquid-cooled 4-valve engine. The motor comes with electronic fuel injection and advanced Variable Valve Actuation (VVA) technology. This helps produce 18.5 PS of power and 14.1 Nm of torque. The engine also comes with a 6-speed gearbox with an assist and slipper clutch. The powertrain and the mechanicals on the R15M are likely to remain the same. 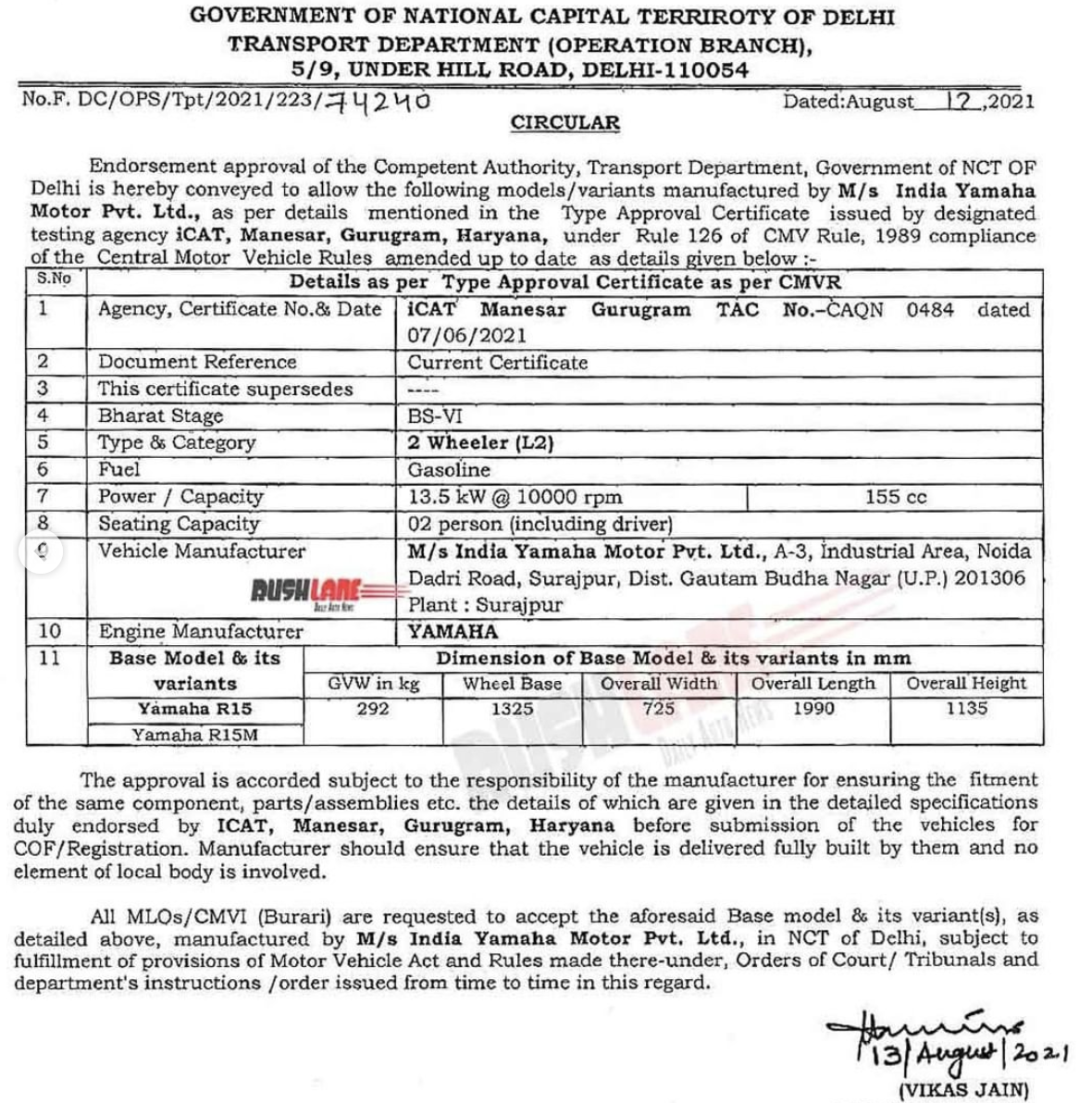