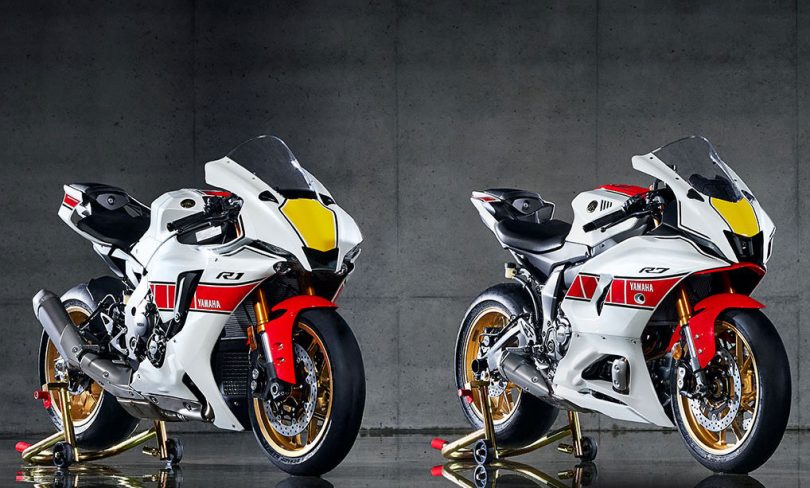 Yamaha Motors celebrates 60 years of Grand Prix racing by introducing a new livery for R1, R7 and R3. 1961 was when Yamaha first made its debut in the Road Racing World Championship at the French Grand Prix. And the first win came in 1963 when Fuimo Ito won the Belgian Grand Prix riding an RD56 in the 250cc class.

Yamaha has become a household name in MotoGP with a considerable fan following. The brand has 37 constructor titles to its name, along with 38 rider championships. Before the 2021 MotoGP season, Yamaha had showcased the 60th Grand Prix road racing anniversary YZR-M1 livery. Although, we are yet to see this special paint job on the circuit this season. But now, the two-wheeler manufacturer has introduced this to the 2022 R1, R7 and R3.

We have seen Yamaha play around with many colour combinations for the livery in the past years. The most iconic ones being the yellow/black colour scheme, the Marlboro-sponsored liveries of the ’80s and then Valentino Rossi eras with the striking Hi-Viz yellow and blue. But, on each anniversary edition, the company returns back to its roots with its iconic white/red combination.

This livery mainly draws its inspiration from Johnny Cecotto’s 1978 motorcycle. Yamaha’s iconic speed block pattern is pretty much evident. The white/red combination perfectly complements the modern R series design language. There is a subtle yellow racing number section on the front fairing and along with the bronze wheels, making this livery look much more prominent. 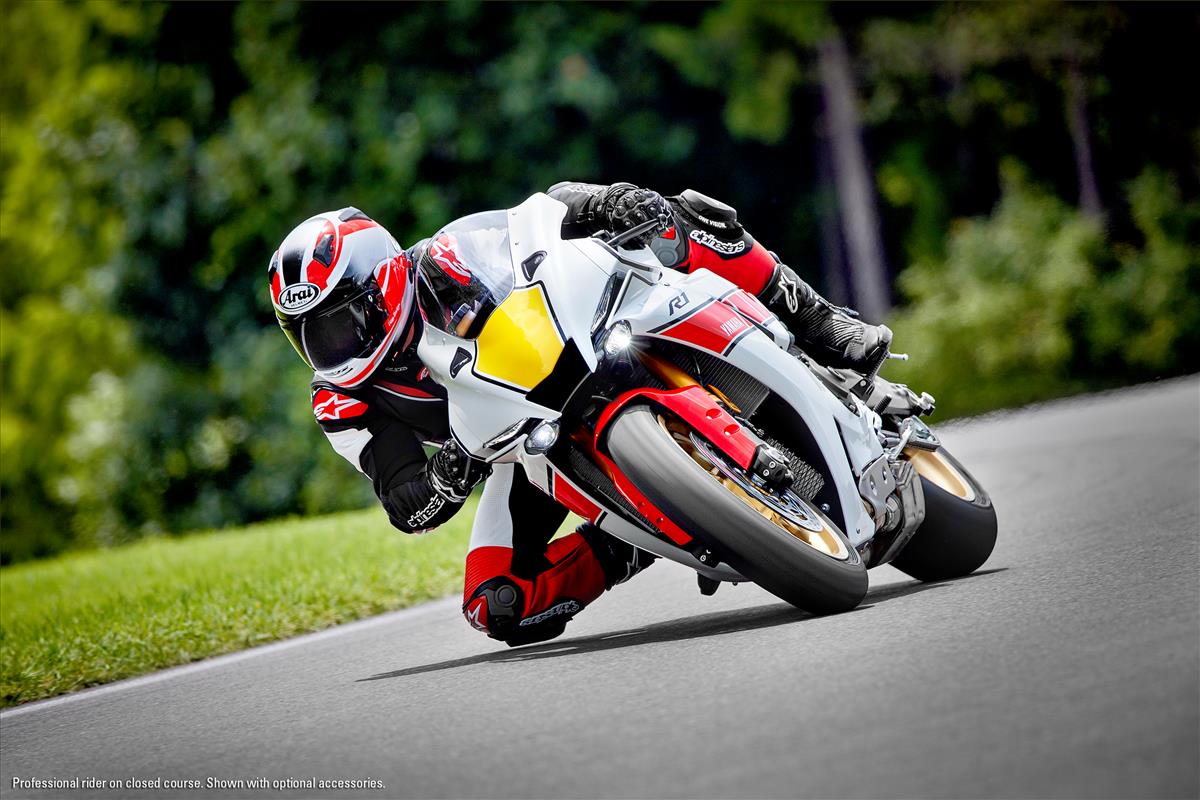 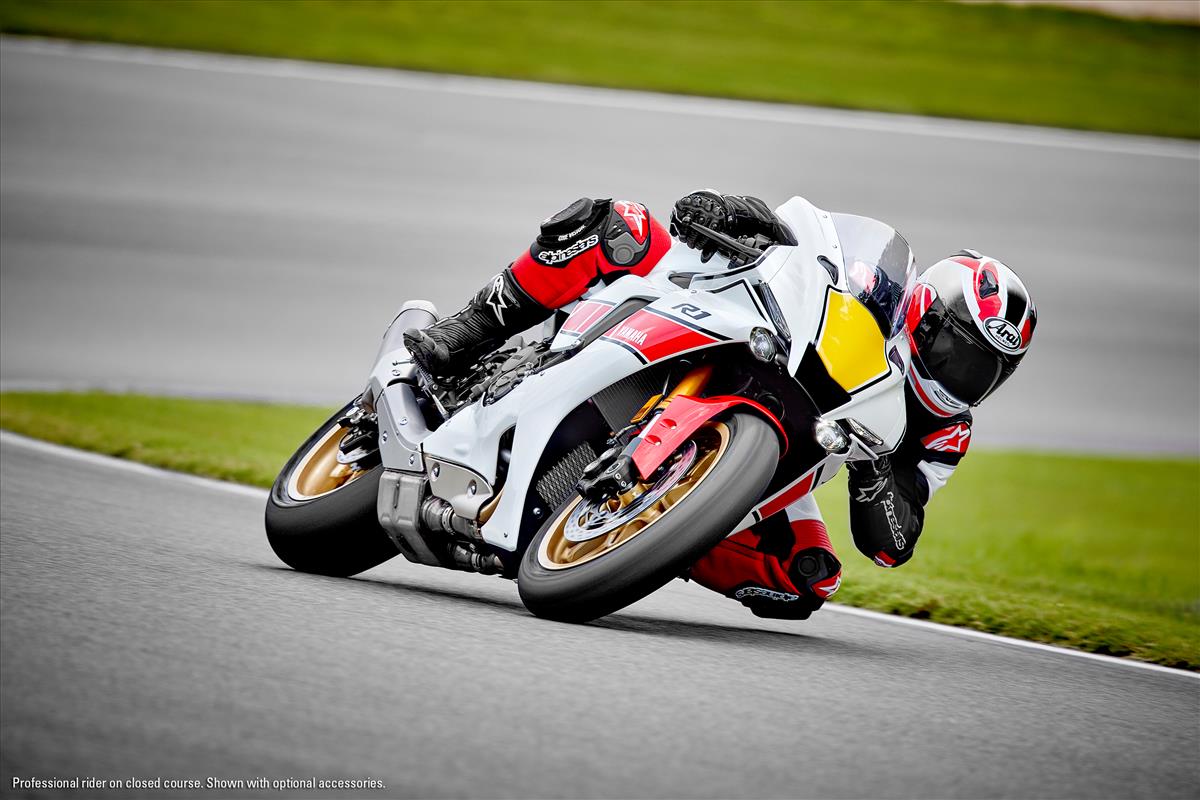 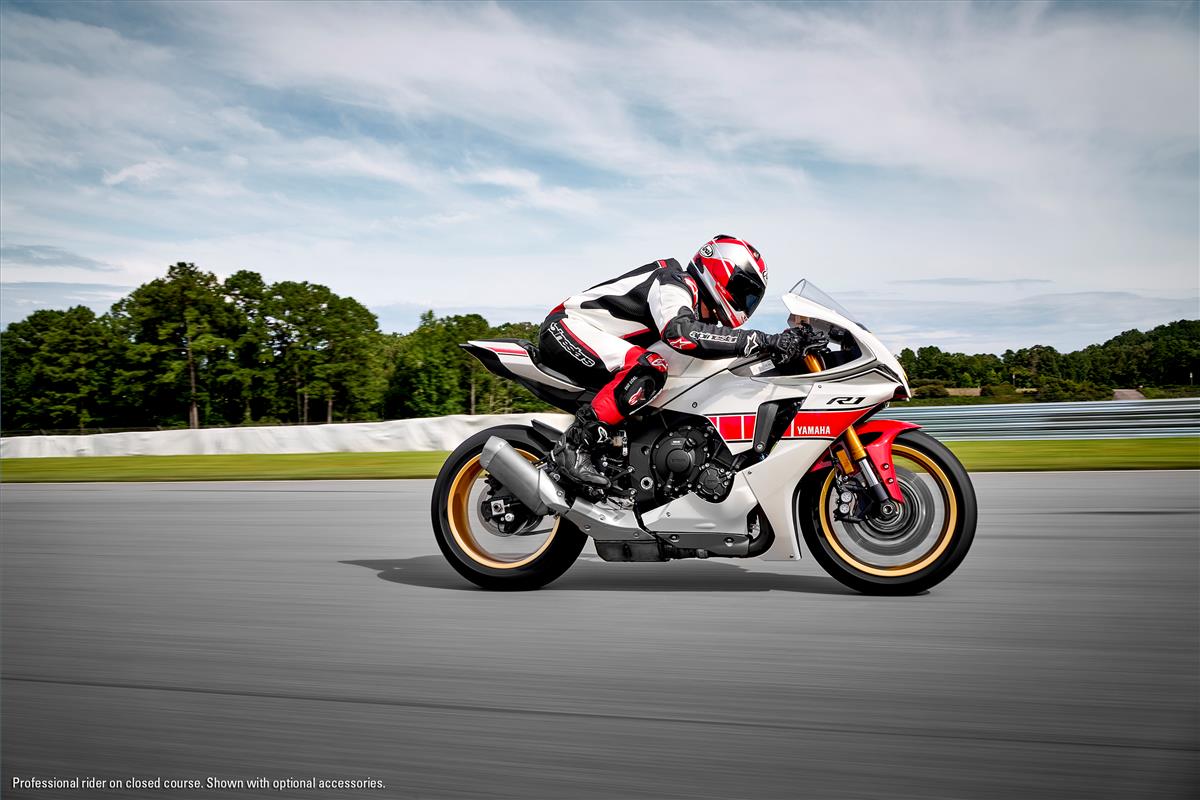 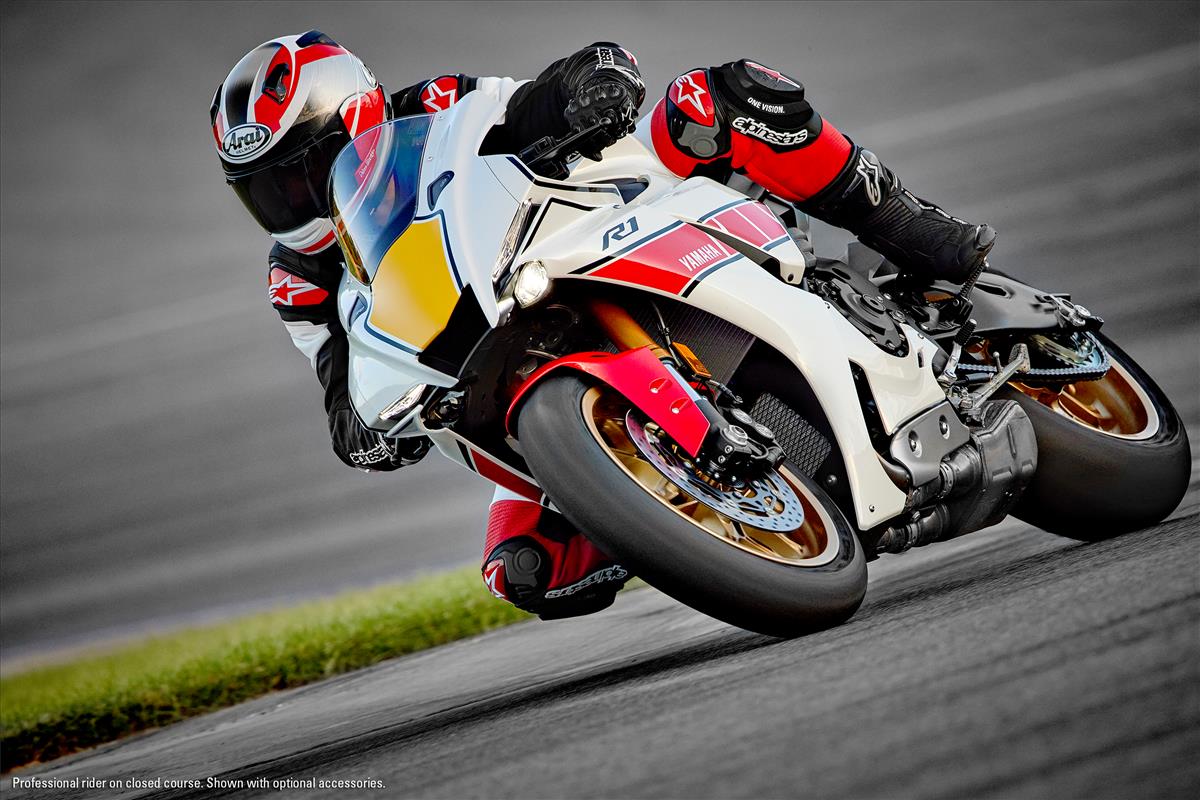 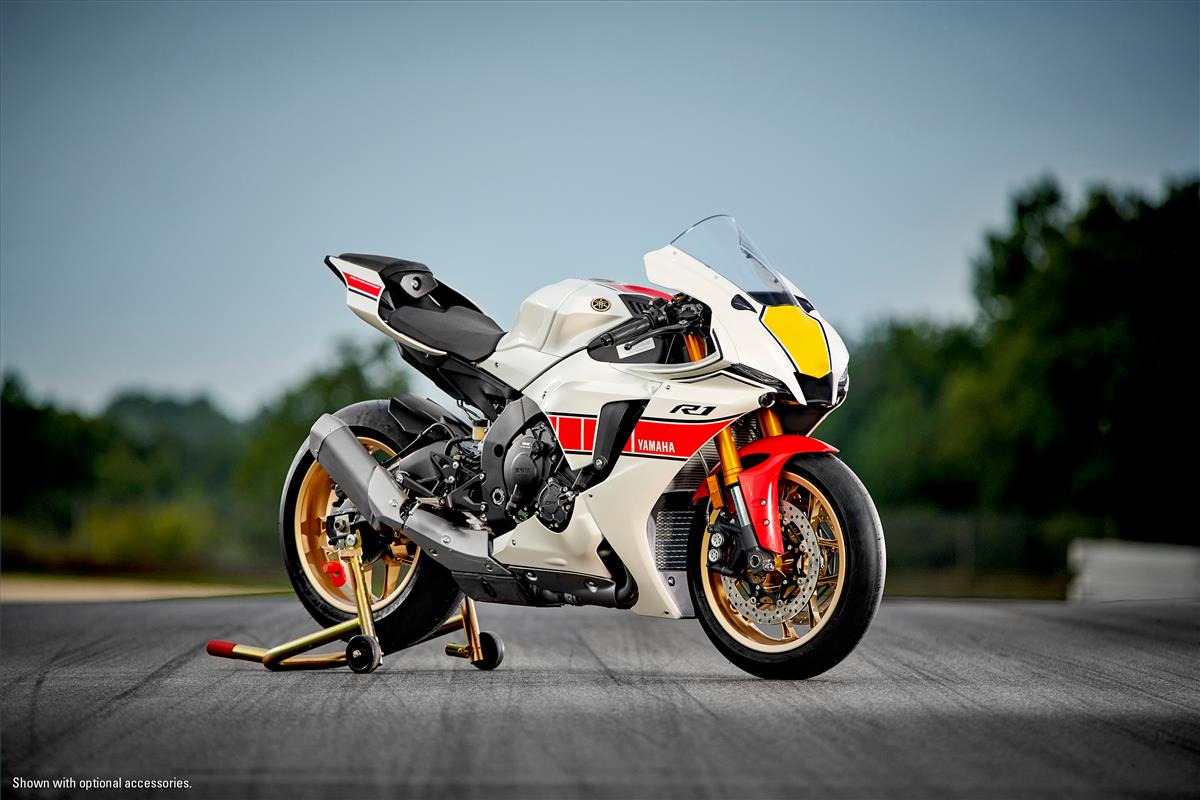 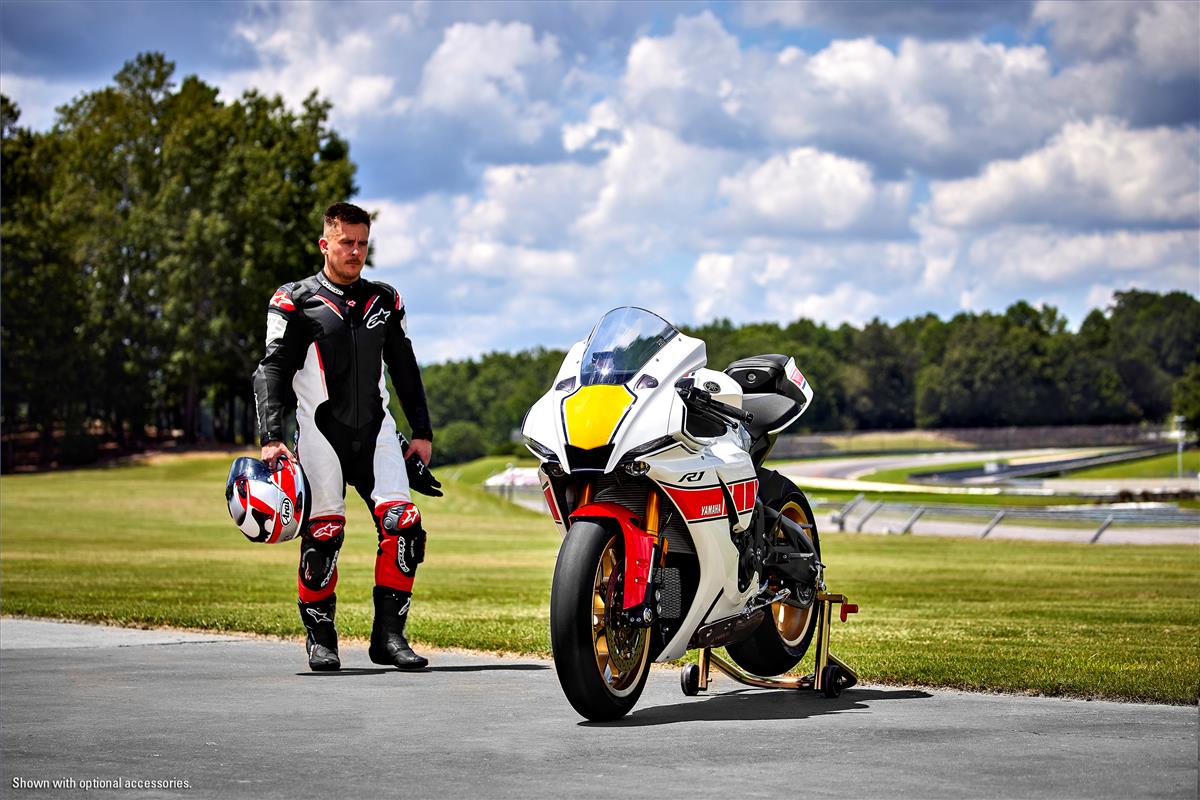 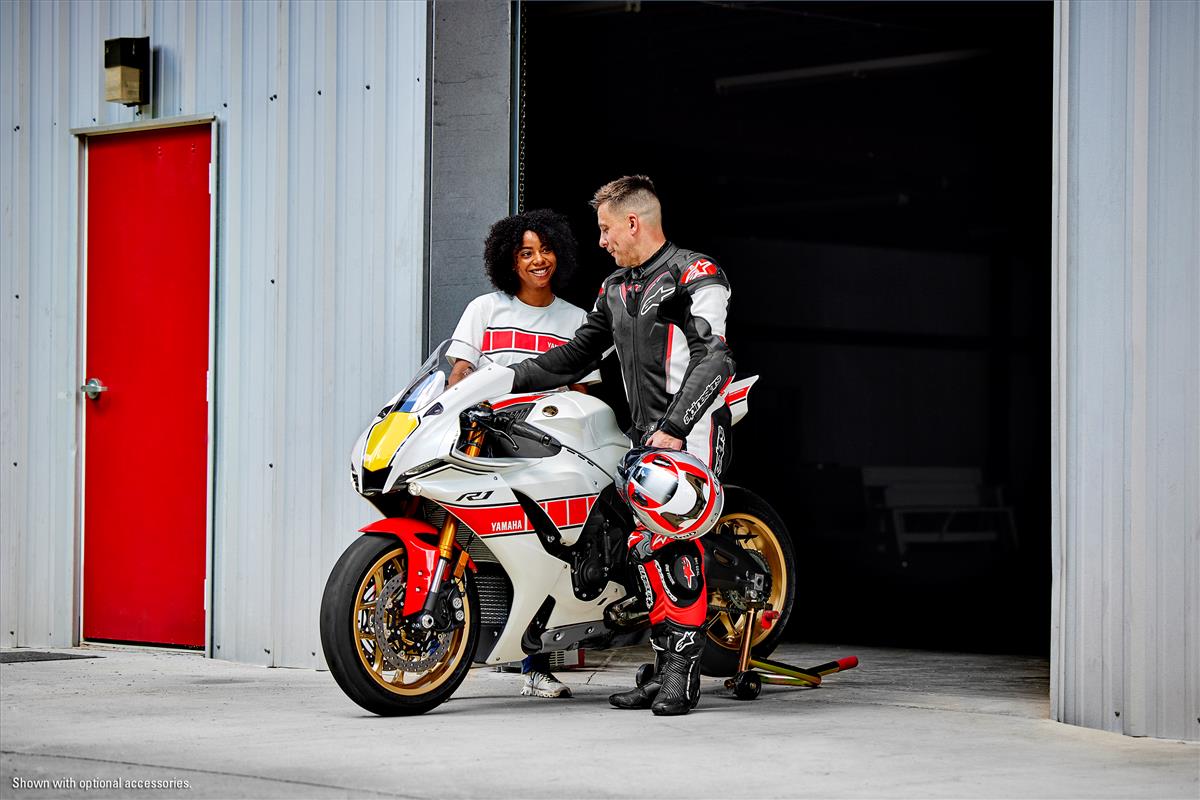 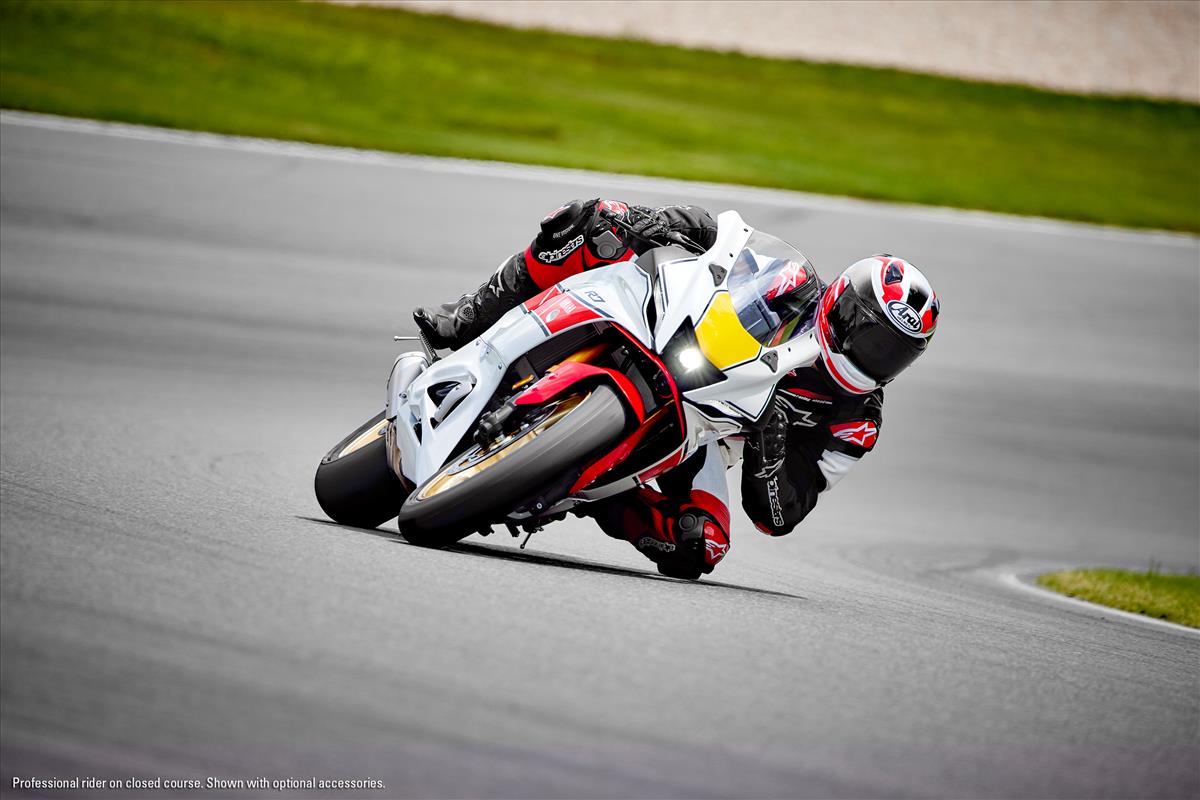 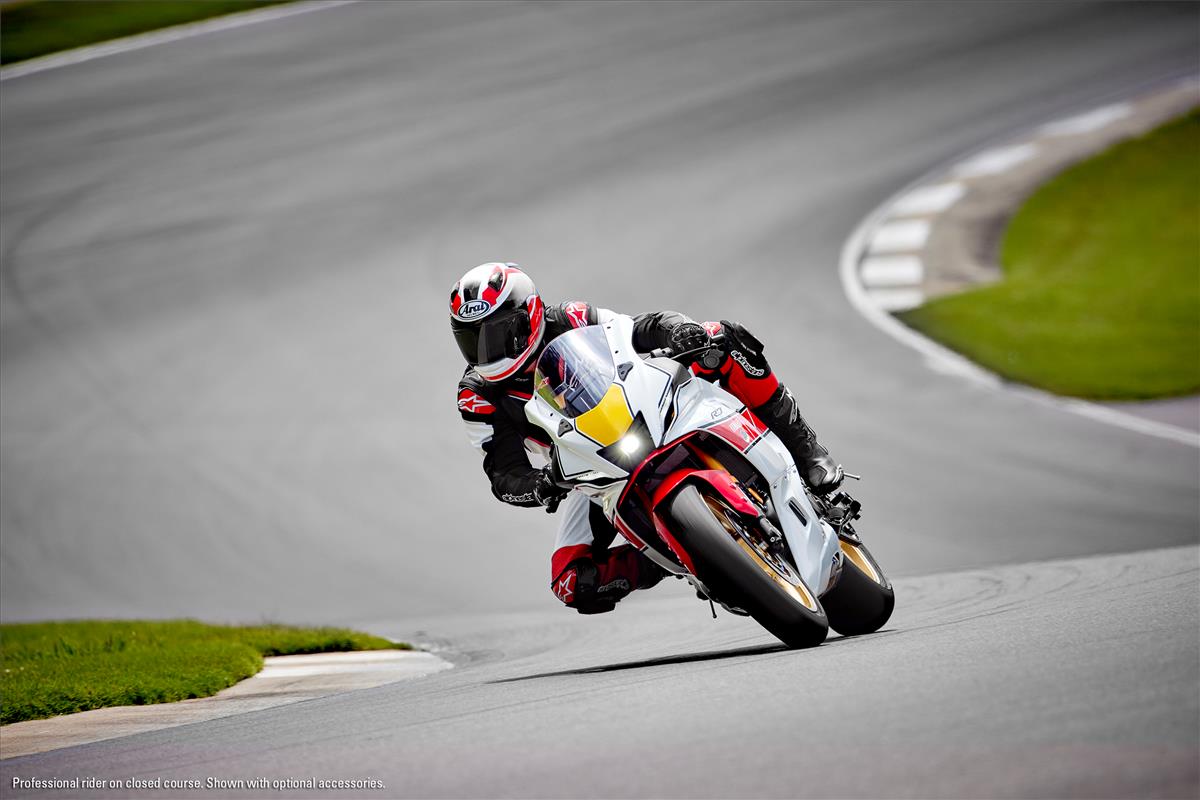 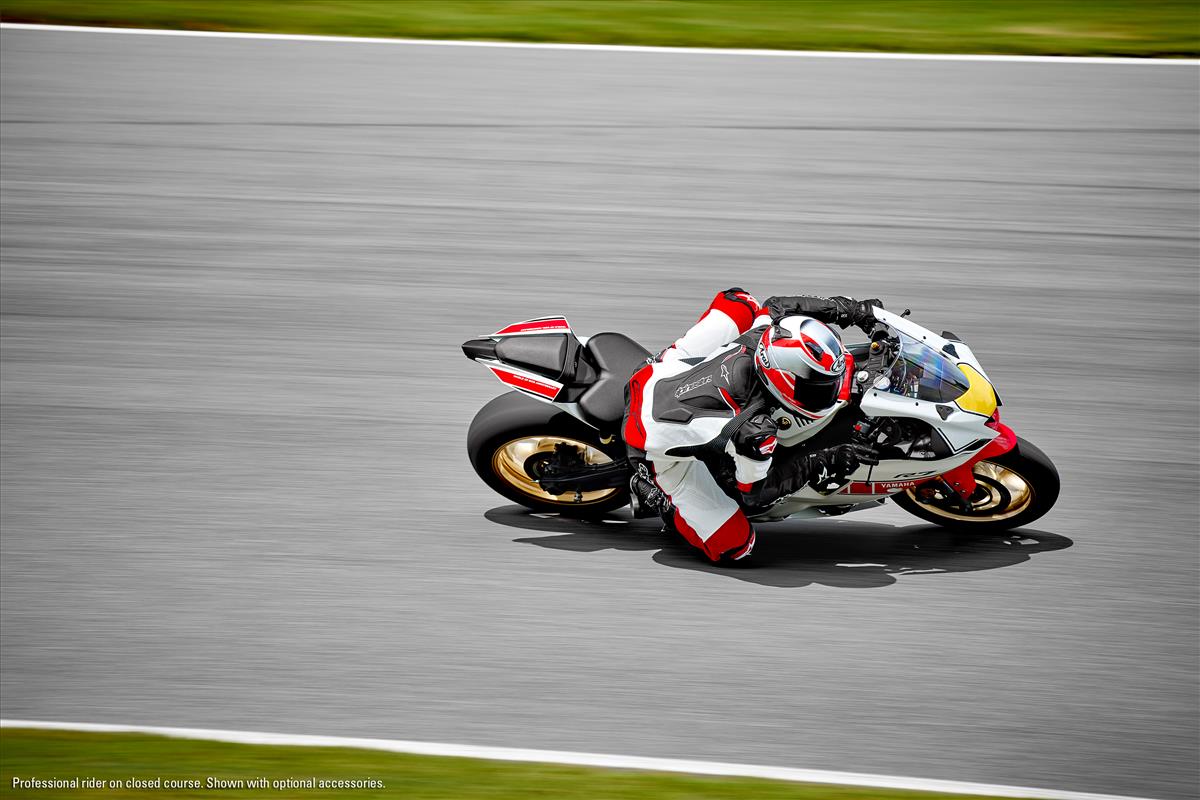