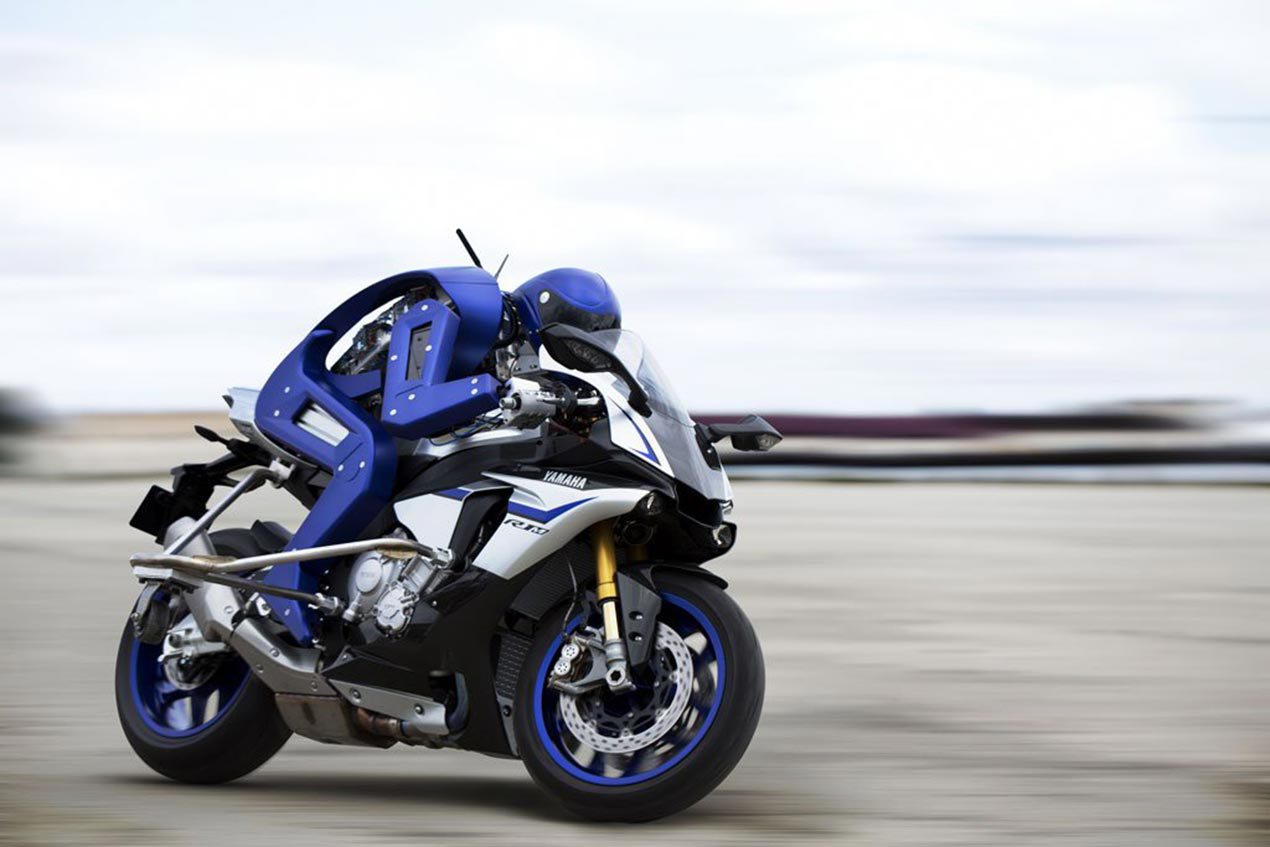 Creating a sensation throughout the automotive world, Yamaha has announced the Phase-II trial for their autonomous riding robot called ‘Motobot’.

Letting masses know about the Motobot at Consumer Electronic Show (CES) at Las Vegas, Yamaha told that by this year’s end the ‘Motobot’ would be riding at the speeds over 125 mph also with choosing it’s own race line.

Clearly, Yamaha is aiming at the Honda’s Impressive Asimo technology by working on the Motobot which took successful trials last year in October 2015.

Also, Phase-II of Motobot will host down very extreme technical changes like usage of  a suite of sensors (GPS, IMU, acceleration, braking, lean angle etc) that will help it know where it is when testing bikes on the race track on top of machine analysis as the laps are reeled off, collecting data itself.

Yamaha plans to add a self learning capability of the Motobot which means it would learn new techniques to pick up race lines at the completion of each lap.

The idea of self riding robot is ridiculous to some and have already been criticized worldwide, but that is not stopping Japanese engineers to work on the ‘Motobot’.