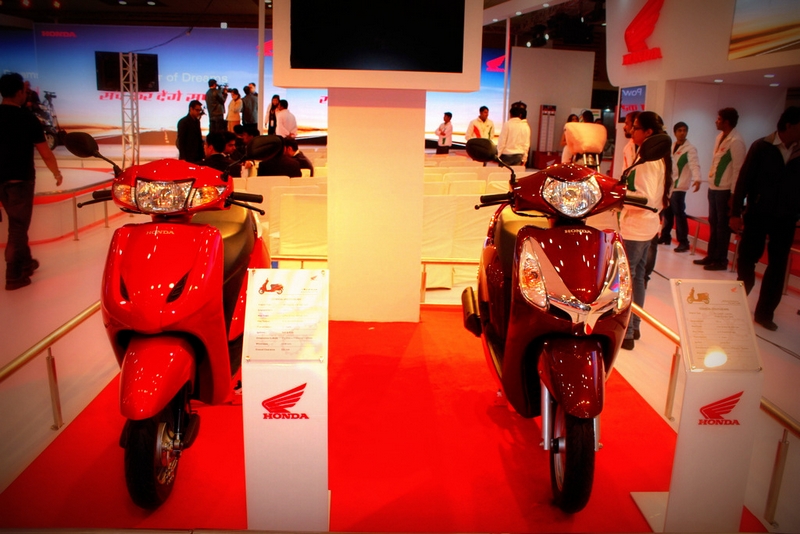 The scooter segment in the Indian two-wheeler industry is growing at a fast pace. And one manufacturer who has been milking this segment is Honda. Now, Honda is setting up the world’s largest scooter manufacturing facility in Gujarat. This facility is expected to roll out 12 lakh scooter units annually.

Scooter sales have gone up by 29% in the current fiscal year and form a 27% market share in the combined two-wheeler segment where it used to be hovering around 8% a decade back. Honda will spend Rs. 1,100 crore on a new plant in Ahmedabad and also expand its product range.

Honda currently dominates the segment with its scooter offering – the Activa. Launched 13 years back, the Activa still commands a waiting period, even with more number of competitors entering the market every year. Honda claims that they still have a backlog of 60,000 scooters to be delivered and this figure is expected to shoot up with the festive season approaching.

Honda currently has a scooter market share of 53%. With the fourth and largest plant coming up, the production capacity is expected to reach 58 lakh units by 2015-16 which will include 16 lakh units from the Haryana plant, 12 lakh from Rajasthan and 18 lakh from the Karnataka plant.