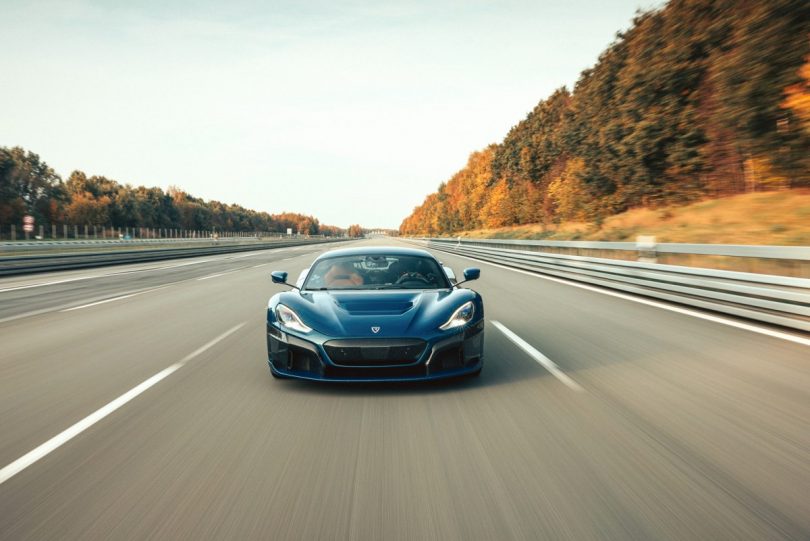 Rimac Motors has claimed the title of the World’s fastest production EV for its Nevera hypercar. The all-electric car clocked a top speed of 412 km/h at the Automotive Testing Papenburg track in Germany.

How the record was set

Rimac’s chief test & development driver, Miro Zrncevic, was the driver of the record-shattering car. The test took place at the Papenburg track in Germany, which has two 4 km long stretches, amongst others. The main challenge started from identifying the location for such a test. Facilities, where it is possible to achieve speeds of over 400 km/h are very rare.

The car was also prepared specifically for this test. The engineers set the vehicle in its top speed mode, created an aerodynamic profile that balanced out drag and downforce to ensure stability at high speed and fitted the car with road-legal Michelin Cup 2R tyres. A Michelin technician was also present to oversee the run and check the tyres’ condition.

The car exited the banked corner at 250 km/h, after which it accelerated past 400 km/h to clock 412 km/h. The top speed was confirmed using a Racelogic V-Box, which is a high-precision GPS-based measurement device.

Other records set by the Rimac Nevara

Apart from this speed run, the car also holds the title of ‘Fastest accelerating car over a quarter mile’, which was done in just 8.582 seconds. The 100 km/h mark, from a standstill, comes up in just 1.95 seconds due to the electric motors. The quad electric motors put out a combined output of 1,914 BHP.

That said, while the record-setting car could do 412 km/h, the customer cars would be limited to 352 km/h.

In addition to becoming the fastest EV production car, the Nevera also holds the title of being the fastest accelerating car over a quarter mile, which was completed in 8.582 seconds. The electric hypercar is capable of accelerating from 0 – 100 km/h in just 1.95 sec, thanks to its four electric motors, which produce a combined total of 1,914 BHP. While the Nevera has clocked 412 km/h, the cars delivered to customers come with an electronically-limited top speed of 352 km/h. 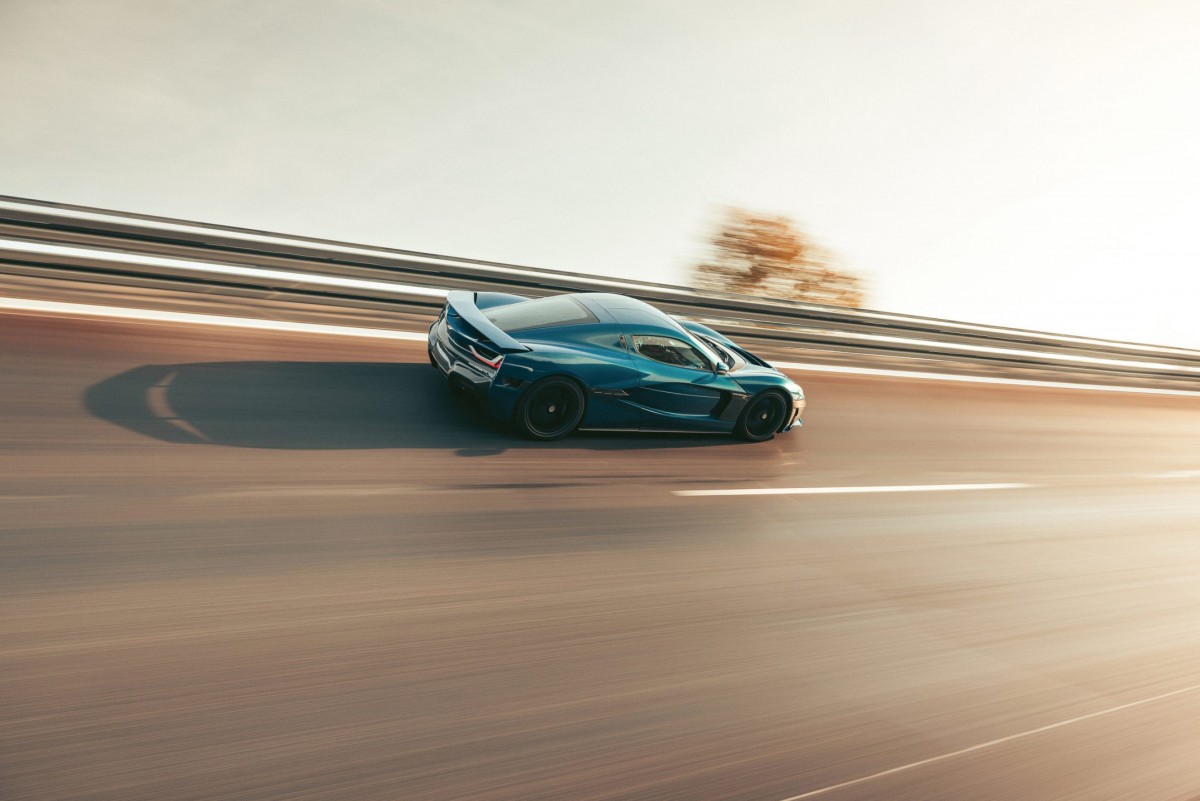