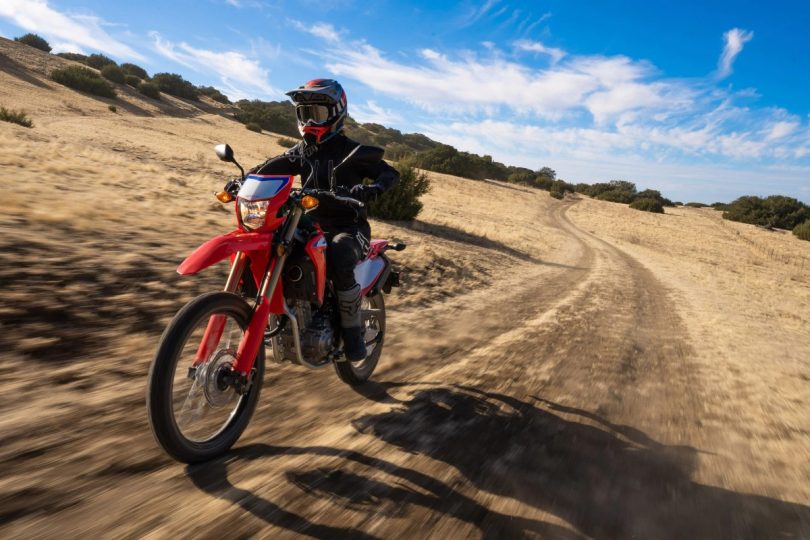 Honda might be gearing up to launch the CRF300L in India. In June 2021, Honda also filed design patents in India for the dual-sport motorcycle. HMSI has also announced that it will launch a new product in the Indian market on 8th August. Rumours suggested that the new product could be the Forza 350 maxi-scooter. However, the brand could also surprise everyone by launching the CRF300L instead.

The possibility of that happening has increased because of an image that has been circulating on social media. The image shows the CRF300L in what looks like a Honda dealership or service centre. Many were wondering if the image was from India. But, we can clearly see the Honda Dio and Unicorn behind it, confirming that it is, indeed, India. If Honda launches the bike in India, it will be a great option for off-road enthusiasts. Furthermore, it will also be the perfect stepping stone for someone upgrading from a Hero XPulse 200. Apart from the XPulse, India does not get many off-road or dual-sport bikes. Hence, the CRF300L could fill the gap between the XPulse 200 and bigger adventure bikes.

Honda introduced the CRF300L in the international markets in 2021. The model replaced the CRF250L. As the name suggests, the biggest update was a bigger engine. However, Honda also made a host of changes that made the bike 4 kg lighter than the previous one. Combined with the bigger engine, it also came with shorter gearing for the first five gears. Meanwhile, Honda made the 6th gear taller for better high-speed cruising. A new assist/slipper clutch also made for a 20 per cent lighter lever load.

The CRF300L uses a 43 mm Showa USD at the front with 260 mm of travel. At the back, it uses a Pro-Link rear suspension with 260 mm of travel. The CRF300L rides on a 21-inch front and an 18-inch rear wheel with lightweight aluminium wheels and enduro-style tyres. The long-travel suspension and wheels also result in a ground clearance of 285 mm. Thus, making it perfect for those gnarly trails. 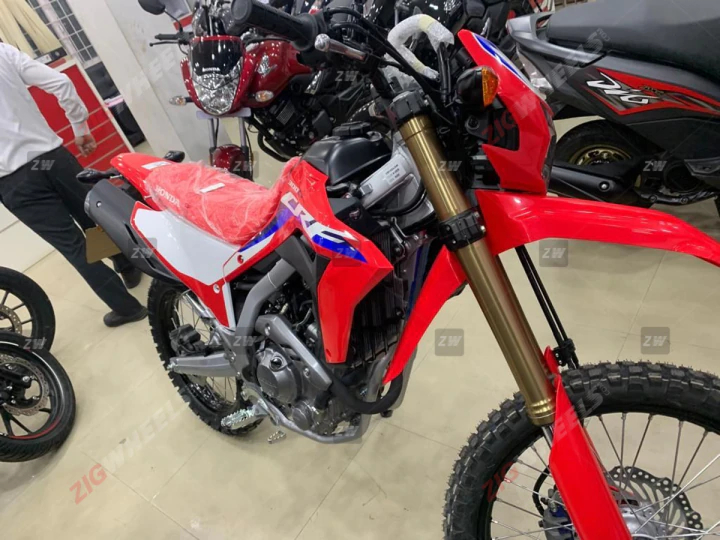