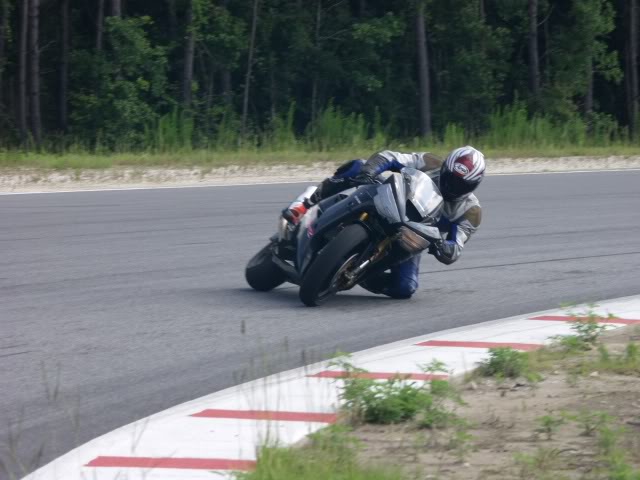 Riding a motorcycle isn’t as simple as you think it is. There’s complex physics and logic that goes behind it, but our mind and muscle memory makes it look like a piece of cake.

Take the simplest of action for instance, like turning a motorcycle. You’ll say it’s simple, turn left for left and right for right. But that’s not the case you see.

What if I told you; to make a left turn.. You’re actually turning the head of the bike to the right to initiate the turn (subconsciously of course); and vice versa.

At this point you’ll will think that we’re talking shit. But let us explain how it works.

For example, you want to make a left turn. Our body mind and muscle memory subconsciously turns the steering of the bike towards right in the act of constantly balancing the bike (Trust us on this). The font wheel will then rotate towards the right.

Now what this does is, it changes the direction of the front part of the bike. Which means that the front part of the bike is trying to travel to the right, the rest of the bike is thrown towards the left due to the sudden change in direction and the centrifugal forces acting upon it. Thus the bike leans towards the left (just like how in a bus you’re thrown to the left when the bus takes a right turn). Once that is achieved, the rider or in most cases, the inherent stability of the bike realigns the front wheel; Bringing it in line with the rear wheel when it’s leaned over. Thus completing the turn. Just like a coin rolling down a slope realigns itself in straight motion as it accelerates.

All this may seem all complex but even a kid on bicycle performs this countersteering. This entire sequence goes largely unnoticed by most riders, which is why some believe they do not do it.

Take a look at dirt bike or supermoto riders. In the picture below the front wheel is to the left (riders perspective), but the bike is travelling right. 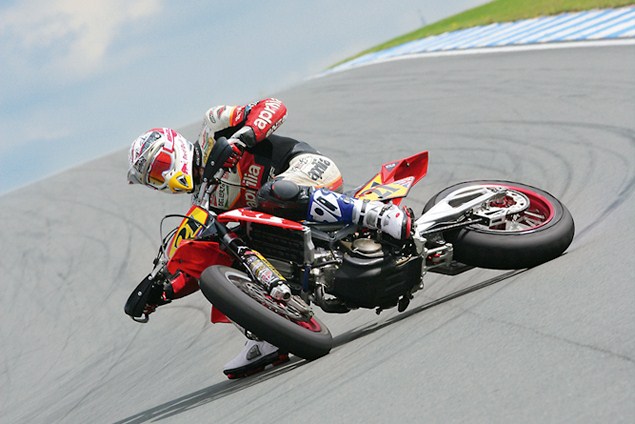 If you still don’t believe me try it out. The next time you’re riding and you want to turn left… Push the left side of your handlebar away from you. Your bike WILL lean to the left, making you turn and vice versa.

For all of us, this comes instinctively as we learn how to ride a motorcycle. But practicing countersteering is necessary to salvage a dangerous situation.

The actual way to countersteering is consciously doing it. Pushing that side of the handle-bar away from you in the direction you want to turn.

It is the only way to change a motorcycle’s course, anything else you do to change the course of the motorcycle will also be indirectly countersteering. Even experienced riders need to develop the skill for countersteering to avoid an unexpected obstacles. It is a concept unknown to most riders, it takes as little as 0.125 second to lean a bike and change course with countersteering.