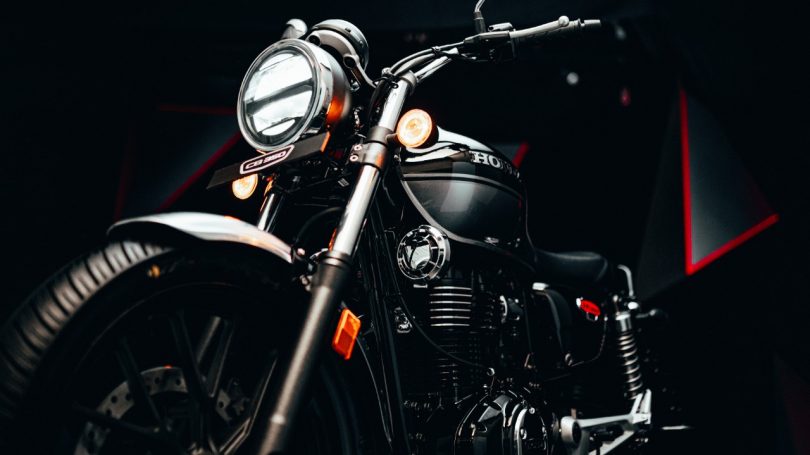 Honda Motorcycle & Scooter Pvt. Ltd. (HMSI) has filed a trademark for a new variant of the CB350 in India. According to the trademark, the new variant will be called the ‘CB350 Brigade’. The application is still under process. Currently, the Japanese bikemaker has two main variants of the CB350 in India. These are – CB350 and CB350 RS. Furthermore, the CB350 comes in three trims – DLX, DLX Pro and the Anniversary Edition.

Earlier this month, the brand shared a new teaser invite for 8th August 2022. There are many speculations about what will Honda launch. Some sources suggested that Honda could launch the Forza 350 maxi-scooter. At the same time, some other sources suggested that it could be the CRF300L. The dual-sport bike was also spotted recently in a Honda dealership in India.

The teaser from the brand had the word ‘Formidable’. Thus, by that, Honda could mean the ‘Formidable Brigade’. We can’t ignore the possibility. In addition to the possibility of being a new variant of the CB350 range, it could also be a special edition. Given the name, it could be Honda’s way of paying tribute to the Indian armed forces. This won’t be the first such model, though. Royal Enfield had the 350 Signals Edition in India. Another similar model from Royal Enfield was the Pegasus 500.

Except for exclusive colour options and cosmetic changes, the CB350 Brigade be mechanically the same. Thus, it will continue to use the same 348.36cc air-cooled single-cylinder engine. The engine makes 20.78 BHP and 30 Nm of torque at 3,000 rpm. The chassis, suspension and brakes will also be identical to the CB350 and CB350 RS.

It remains to be seen what Honda will launch on 8th August. However, some sources suggest that since the company filed the trademark on 2nd June and that it is still under process, the launch is still some time away.

Also Read: Will Honda launch the CRF300L in India? 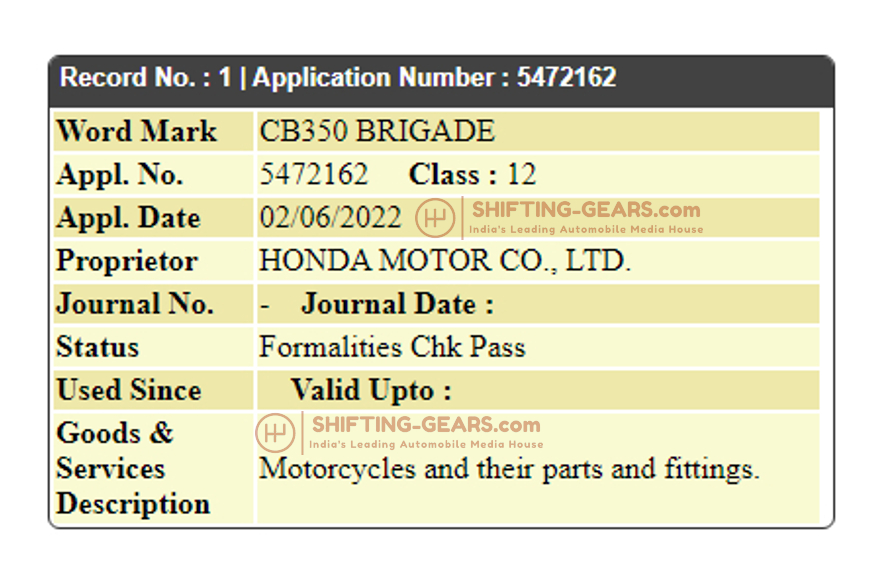