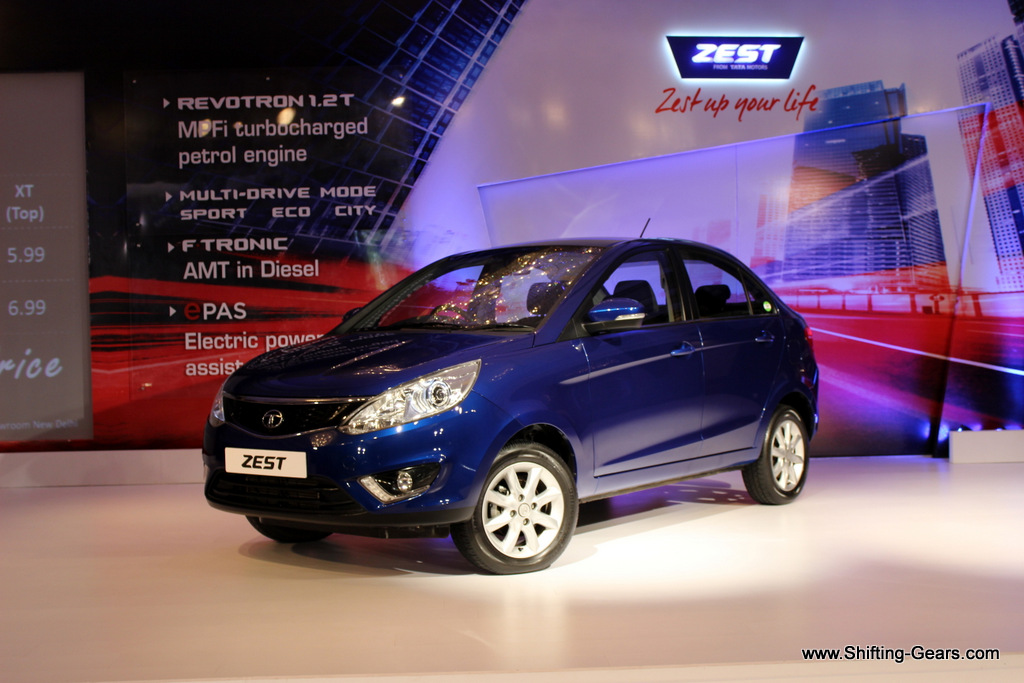 Tata Motors recently launched the Zest compact sedan in India. With a lot of segment first features, the one that stood out was the diesel powered variant with an AMT. Now, it is being reported that this diesel AMT version has gained popularity amongst prospective buyers and there is a long waiting period for the same. Currently, the waiting period for the diesel AMT is three to four months.

The Zest F-Tronic AMT would be in showrooms only after two months of so, but the waiting period is expected to increase since there is no diesel engined compact sedan offering the convenience of an AMT. The Zest F-Tronic AMT is also the cheapest diesel automatic available in the country priced at Rs. 6.99 lakh (ex-showroom Delhi).

The delay in deliveries is due to the short supply of AMTs. Tata Motors sources these AMT gearboxes from Magneti Marelli, and they are unable to produce enough to match the demand. The same company supplies AMT even to Maruti Suzuki in India, who uses this gearbox in their Celerio hatchback. Even the Celerio is facing the same constraint with respect to sourcing of AMTs. Magneti Marelli is planning to set up a facility at Manesar, Haryana to locally assemble these AMT gearboxes within a years’ time.

So far, the Zest has received over 25,000 enquires pan-India. The diesel to petrol ratio for the first 100 zest customers stands at 65:35.