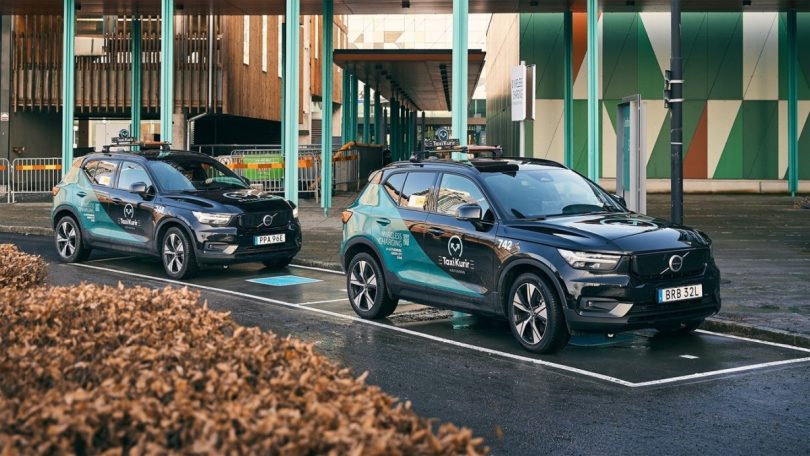 Chinese-owned Swedish automaker Volvo has announced the testing of wireless charging technology in a city environment on its upcoming EVs. Volvo will offer this wireless charging technology on a few XC40 Recharge EVs via its stations in Gothenburg, Sweden. A taxi company named Caboline will then operate the XC40 Recharge EVs across the city over the next 3 years. Over the years, Volvo has largely focussed on electrification and carbon neutrality across its different marques and production processes.

Plans for the future

Volvo has made its intentions clear that it aims to become a fully-electric brand by 2030 with multiple electrification goals. To accomplish these, the automaker has prepared its production infrastructure to build a 50 GWh battery plant in Torslanda. Volvo will build this plant by partnering up with battery cell company Northvolt and by investing approximately SEK 30 billion.

In January 2022, Volvo also unveiled its plans of investing another SEK 10 billion towards its Torslanda manufacturing plant. This will allow them to support advanced production practices like the mega casting of aluminium body parts for their vehicles. Additionally, they plan to set up a new battery assembly facility where the production of current and future EVs will take place.

Volvo states that its wireless charging test is one of many projects outlined within the Gothenburg Green City Zone strategic initiative. Under this initiative, the development of sustainable technologies will take place under designated live testbed areas within the city. Momentum Dynamics, one of the leading providers of wireless electric charging systems, has delivered charging stations to Volvo for testing. Reportedly, the charging begins automatically when a compatible vehicle park over a charging pad embedded in the street.

The charging station sends energy through the charging pad, which is picked up by a receiver unit in the car. To easily align the car with the charging pad, Volvo will make use of the convenient 360-degree camera system. Volvo states that these wireless chargers will offer more than 40kW of additional charging power for XC40 Recharge EVs. This marks a 4X increase in charging speed than a wired 11kW AC charger and is almost comparable to a DC fast charger.

In total, Volvo will then use these EVs for more than 12 hours a day and drive 100,000km per year. This makes it the first durability test of fully-electric vehicles conducted by the automaker in a commercial usage scenario. Other partners involved in the wireless charging project include the company’s own Swedish retailers, Volvo Bil and Volvo Car Sörred. Additionally, Swedish energy company Vattenfall, charging network InCharge, city energy company Göteborg Energi, and Business Region Gothenburg are other partners. 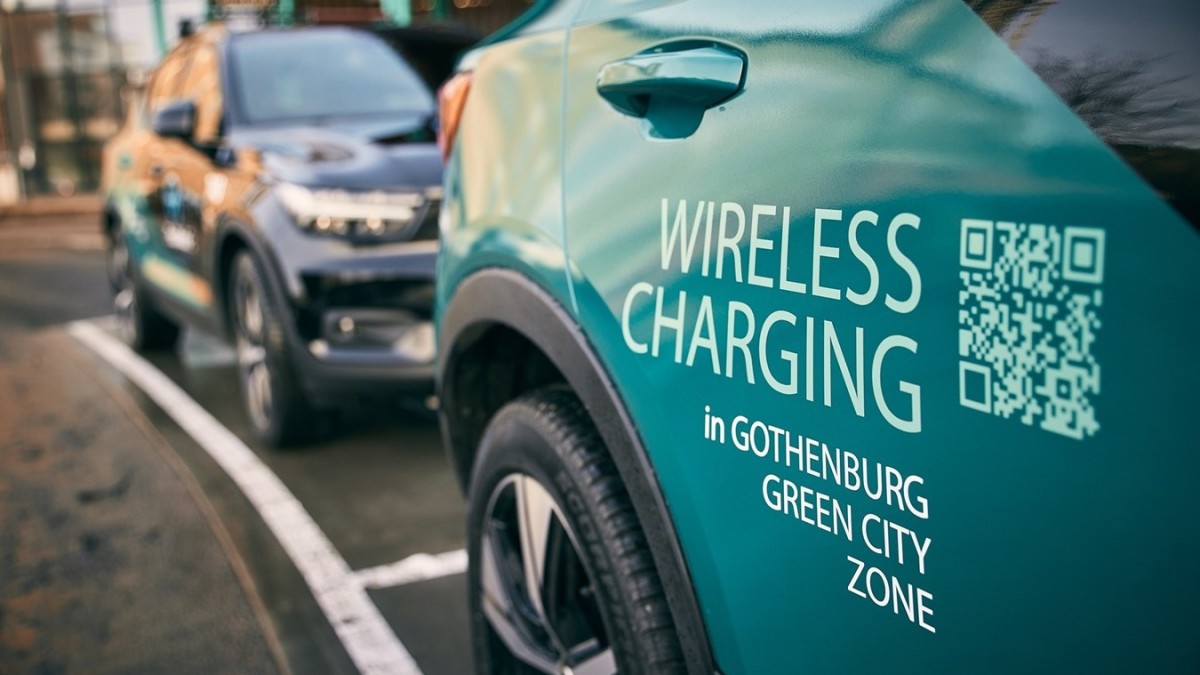 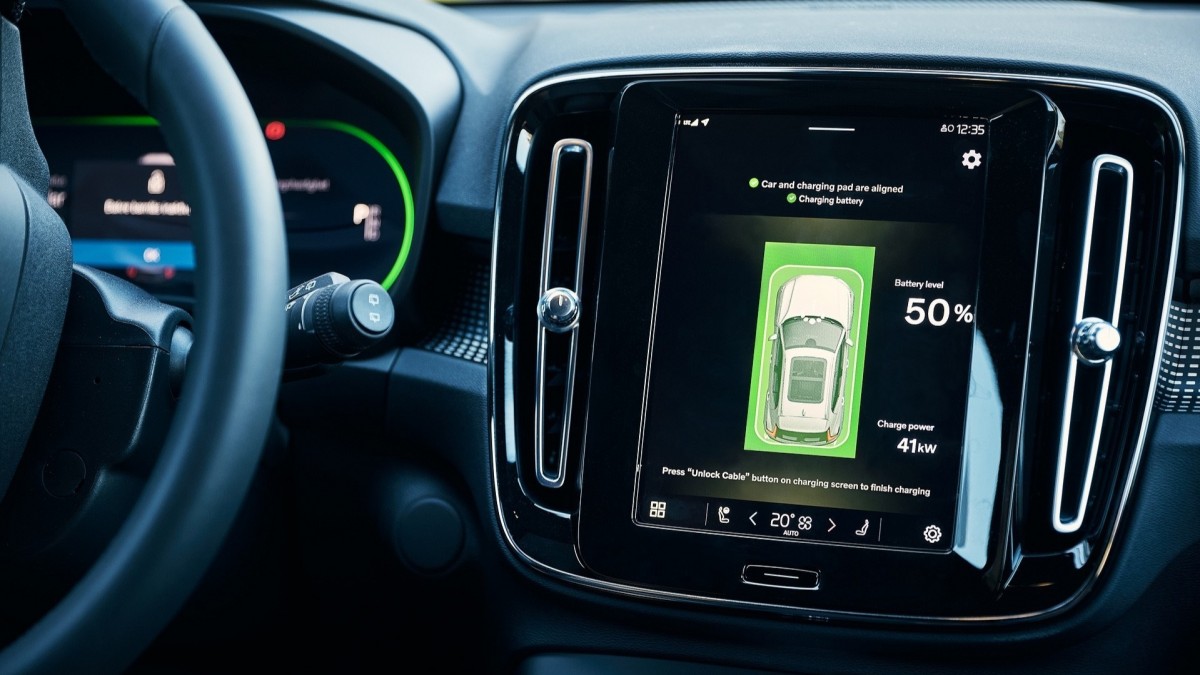 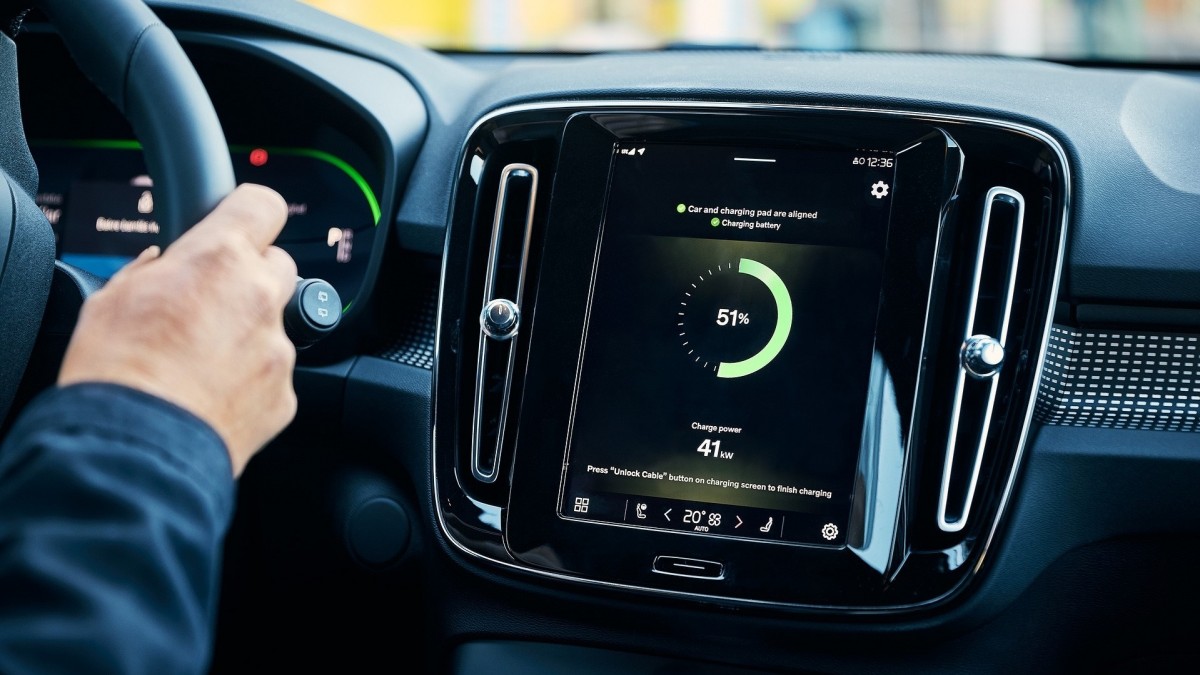