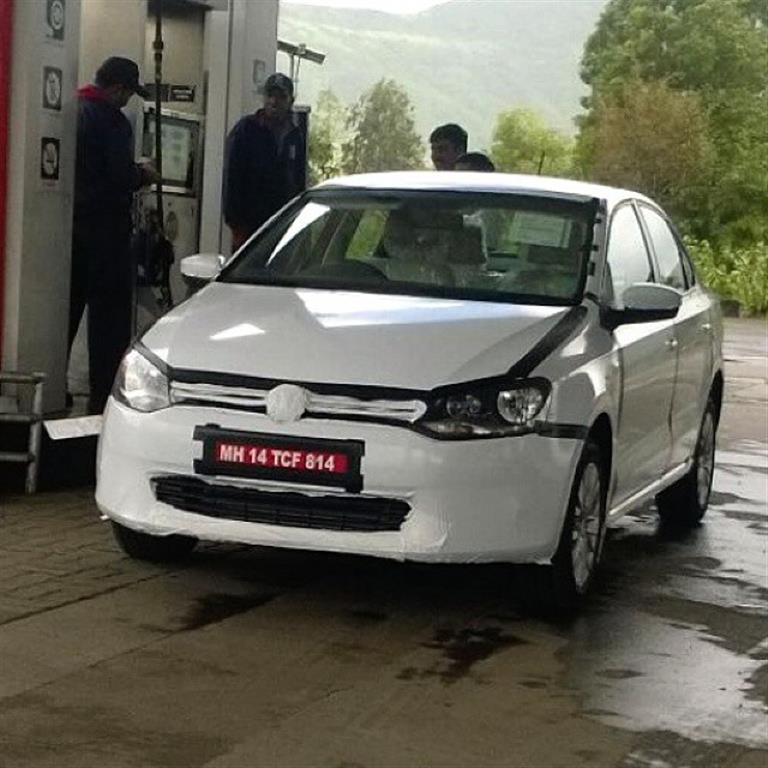 The C2 sedan segment fight is getting fierce with manufacturers readying their new products or facelifts to their existing products during the festive season. The biggest competitor in the segment is expected to be the Maruti Ciaz, which, with Maruti’s widespread dealer network can achieve better market penetration. The Volkswagen Polo facelift was launched a couple of months back, and now, spyshots of the Vento facelift have emerged on the internet. After plenty of limited editions and other such variants, the Vento will finally get a much awaited update.

Similar to the facelift Polo, the 2014 Vento is expected to receive new headlamps, revised front and rear bumpers, new front grille, different air dam, new tail lamps and redesigned alloy wheels as well. On the inside, the centre console with silver accents seen on the Polo could be carried over, a new steering wheel with piano black inserts, a new head, new seat fabric etc.

Mechanical differences will focus primarily on the new 1.5L diesel engine. It replaces the previous 1.6L TDI unit and will also avail excise benefits. On the Polo, this engine is available in two states of tune, but the Vento will most definitely be plonked with the higher output engine. Power output is expected to be 105 PS with 250 Nm of torque and mated to a 5-speed manual transmission and a DSG automatic as well.

Currently, the Honda City is leading the sales figures in the segment followed by the dethroned Hyundai Verna. Even the Verna is due for a facelift sometime soon, and the competition is just about to get stiffer.