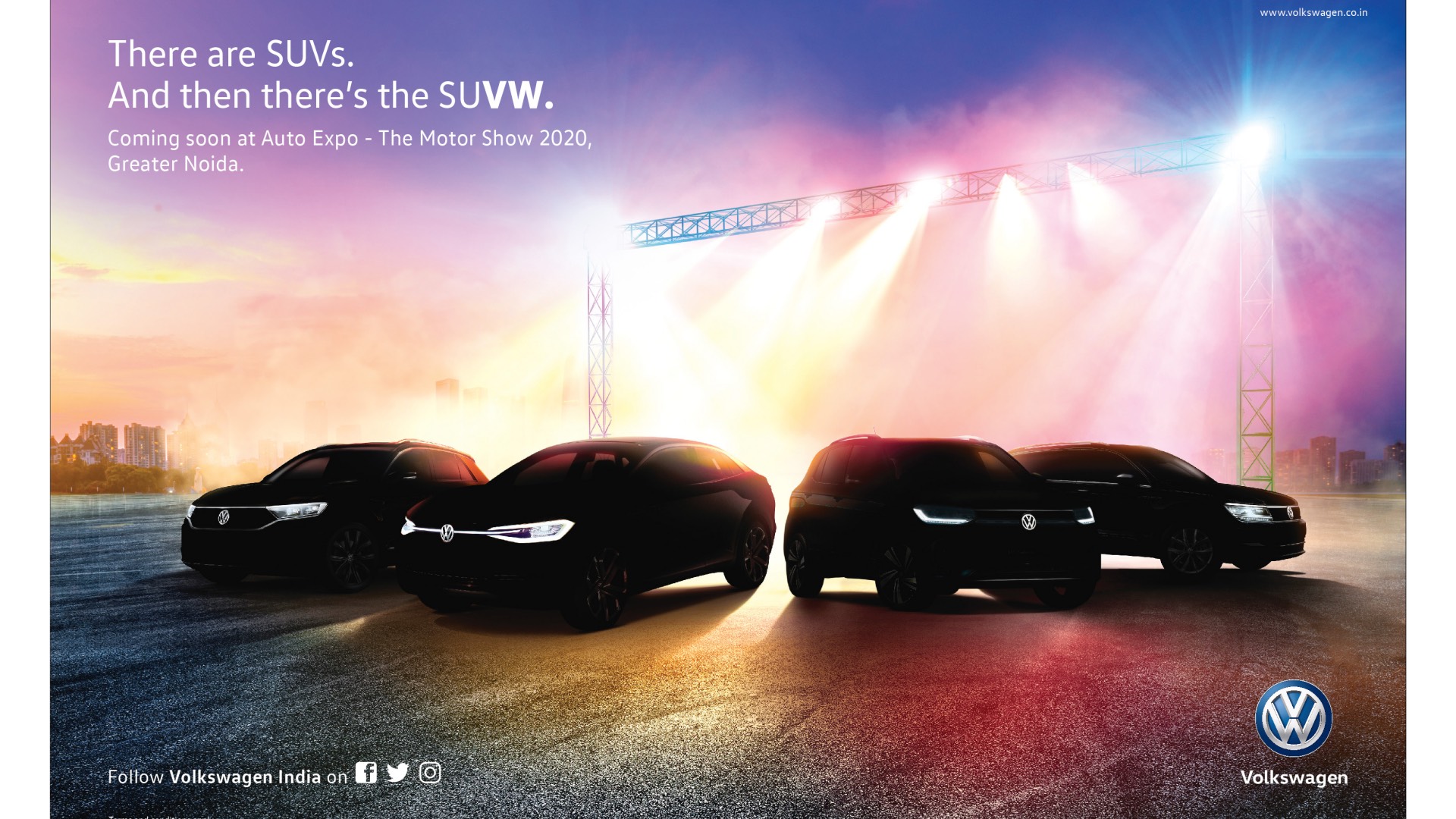 Volkswagen has not really be active in new launches here in the Indian market for the longest of times. The brand has only updated their bread and butter models like Polo, Ameo and Vento numerous times. Now however, the German car manufacturer is all set to go on a product offensive. Volkswagen will be showcasing a total of 4 new SUVs at the Auto Expo 2020 in February to be held in New Delhi, India. The biggest product would be the world premiere of the A0 SUV which will be the first to be launched among the 4 new SUVs. The other 3 SUVs in question could be the Tiguan AllSpace, T-Roc and ID Crozz EV.

Volkswagen will launch all of these 4 new SUVs in the next 2 years in the Indian market. Few of the global SUV products would also come to India and will be backed by the brands core philosophy of strong build quality, fun to drive quotient and safety features. Volkswagen will also showcase their electric car based on the MEB chassis to the Indian audience at the Auto Expo.

The Volkswagen A0 SUV is going to be a rival to the likes of Hyundai Creta & Kia Seltos. This means that it would be a 5-seater SUV. It is likely that Volkswagen would first launch this product only with a BS6 compliant petrol engine, obviously with an optional DSG automatic gearbox. A diesel motor could be introduced later if it makes business sense. This new SUV will be built on the MQB A0 IN chassis which will also be shared with the new range of Skoda cars. The market debut of this concept to be displayed will however happen only by 2021. The petrol motor speculated for the India-spec A0 SUV could be a 1.5L TSI motor with 130 HP output, but that’s mere speculation at this moment. Skoda will also launch a badge engineered sibling to this Volkswagen A0 SUV currently codenamed as Vision IN A0 SUV.

At the moment, Volkswagen retails the Polo, Ameo, Vento and Tiguan models in India.