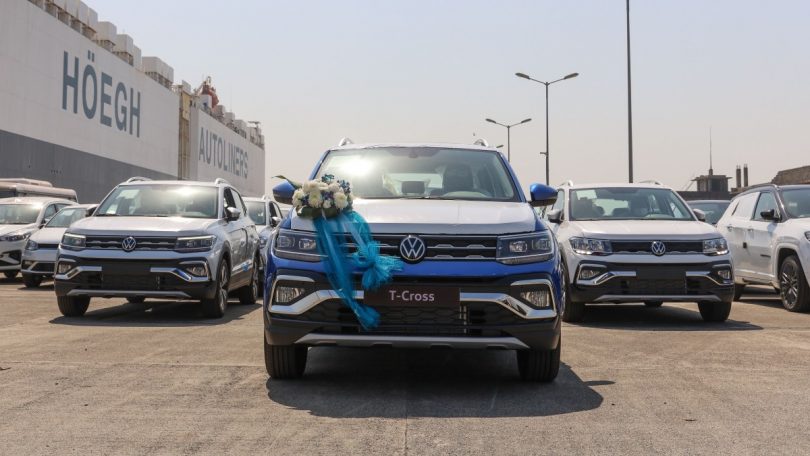 Skoda Auto Volkswagen India Private Limited (SAVWIPL) has announced the commencement of exports for its Volkswagen T-Cross SUV. As part of its India 2.0 journey, SAVWIPL has achieved the milestone of exporting 1,232 units of the SUV. The company stated that the T-Cross exported to Mexico has been built in India using its renowned MQB-A0-IN platform. SAVWIPL also commented on the fact that this milestone will allow them to expand their global export footprint from India.

Incepted in 2011, SAVWIPL exported 6,256 units of the India-built Volkswagen Vento premium sedan for the South African market. During the last decade, the company’s export market has continued to rise incrementally by building upon its ‘Made-in-India’ philosophy. So far, SAVWIPL has its presence in 61 countries across South America, Central America, Africa, and the Indian Subcontinent.

The company also exports its ‘Made-in-India’ vehicles in Southeast Asia, the GCC countries, and the Caribbean region. In December 2021, SAVWIPL exported more than 5,45,653 vehicles, with Mexico being their largest export market. This has been followed by South African and Central American countries (Columbia, Ecuador, Argentina) along with several ASEAN countries.

Launched in 2019, The T-Cross is a sub-compact SUV that features Volkswagen’s new design language and resembles the new Taigun. The SUV sports a flush front end with a chrome line across the front grille and a faux bumper element. Complimenting the front end are the LED headlamps with integrated LED DRLs and neatly integrated, bumper-mounted fog lamps. Along with 18-inch alloy wheels on top-spec versions, the rear of the T-cross sports LED taillights with a lightbar.

Volkswagen offers a choice of 4 engines on the T-cross, with 4 being petrol and 1 being diesel. The first set of engines is the 1.0-litre, three-cylinder, turbo-petrol motors, developing 95 PS and 115 PS, respectively. With 175 Nm and 200 Nm, the first engine gets a single 5-speed manual, whereas the other gets two gearbox options. 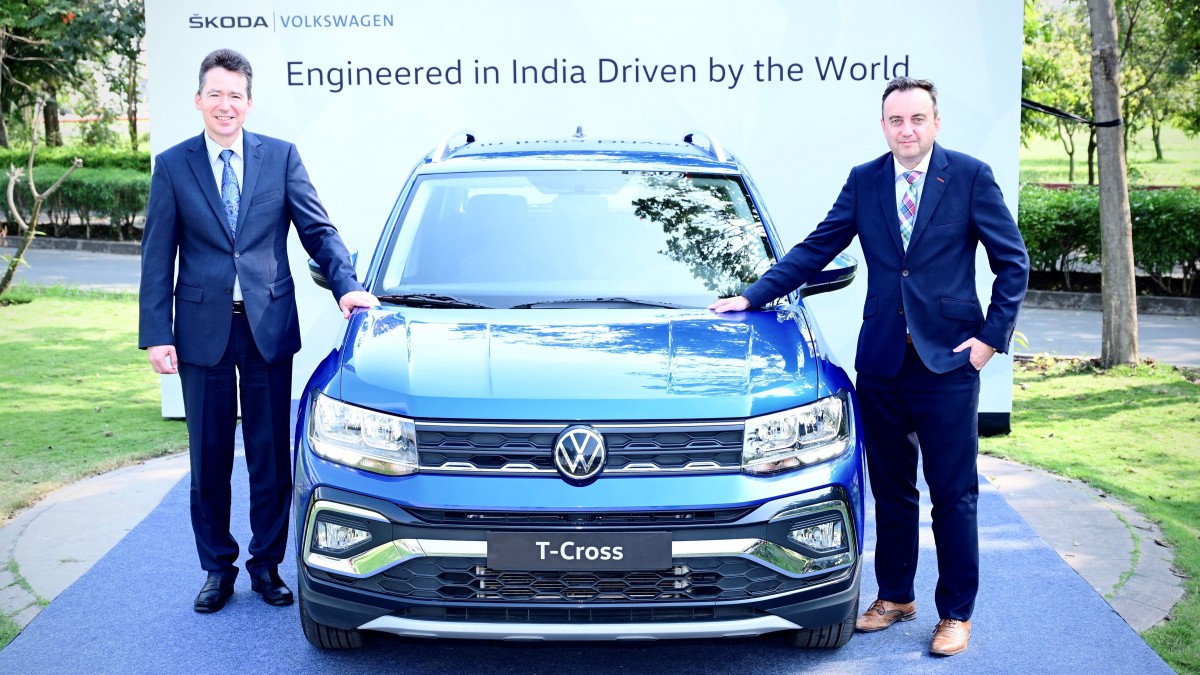