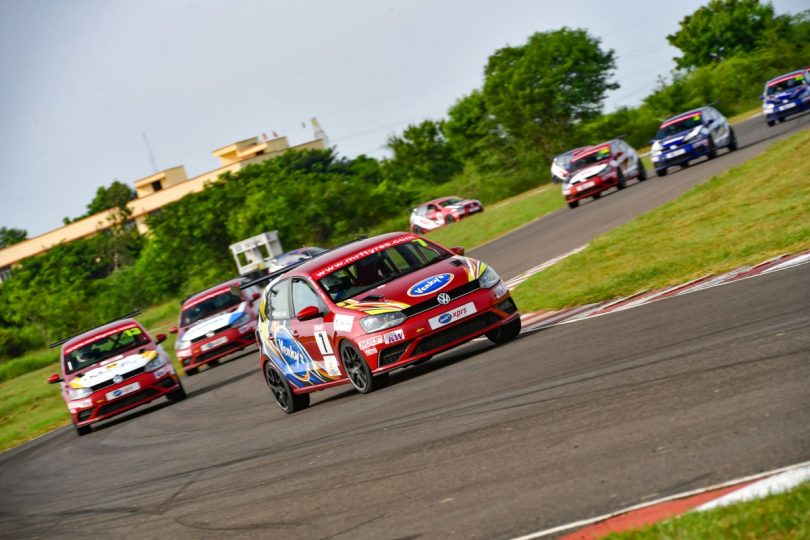 Volkswagen Motorsport India (VMI) began the 12th edition of its MRF MMSC Volkswagen Polo National Racing Championship from 24th-26th September 2021. VMI continues to be the only OEM in India to involve itself in motorsport competitions. The venue for the first round of races in the championship was the Madras Motor Racetrack (MMRT). The event features 22 drivers from across India and neighbouring countries competing to become the 2021 National Racing champion.

After a year of Virtual Racing, MRF’s MMSC Volkswagen Polo National Racing Championship returned with two races of round 1. Held at MMRT, Chennai, the first race of round 1 featured a close battle from start to finish. Bengaluru’s Aditya Swaminathan showcased his consistency from the beginning of the race to secure a 1st place finish. Getting a perfect launch, Aditya kept Bangladesh’s Aiman Sadat at bay in the first lap and maintained his lead throughout.

Delhi’s Anmol Singh Sahil and Thane’s Saurav Bandyopadhyay finished 2nd and 3rd respectively after their close battle throughout the race. Race 1 included an early retirement, as Diana Pundole, the event’s only female driver, crashed into the barricade. She avoided a collision with Shreyas Dhimate following his spin upfront. After their ensured safety check, a restart of race 1 saw 20 drivers compete for the top 3 finish.

Race 2 of the Weekend

Race 2 of the weekend featured a reverse grid formation making the entire weekend an action-packed affair. Winners of the previous race now had to start from the back in order to secure a podium finish. Chennai’s Ritesh Rai started from pole position, followed by Pune’s Pratik Sonawane in second place. To compensate for race 1’s lacklustre performance, Pratik overtook Ritesh in the opening laps and maintained his lead throughout. Pratik achieved 1st place, followed by Ritesh Rai and Ghaziabad’s Siddharth Mehdiratta in 2nd and 3rd place respectively.

Round 1 of the 2021 Polo National Racing Championship showcased drama, excitement, and excellent drivers’ performances. Both races produced six different winners, making the championship a hot battle as they prepare themselves for Round 2. The tournament will display a dynamic competition among experienced and rookie drivers throughout the upcoming rounds. Round 2 of the championship will take place on 10th-12th December 2021 at the Madras Motor Racetrack in Chennai. 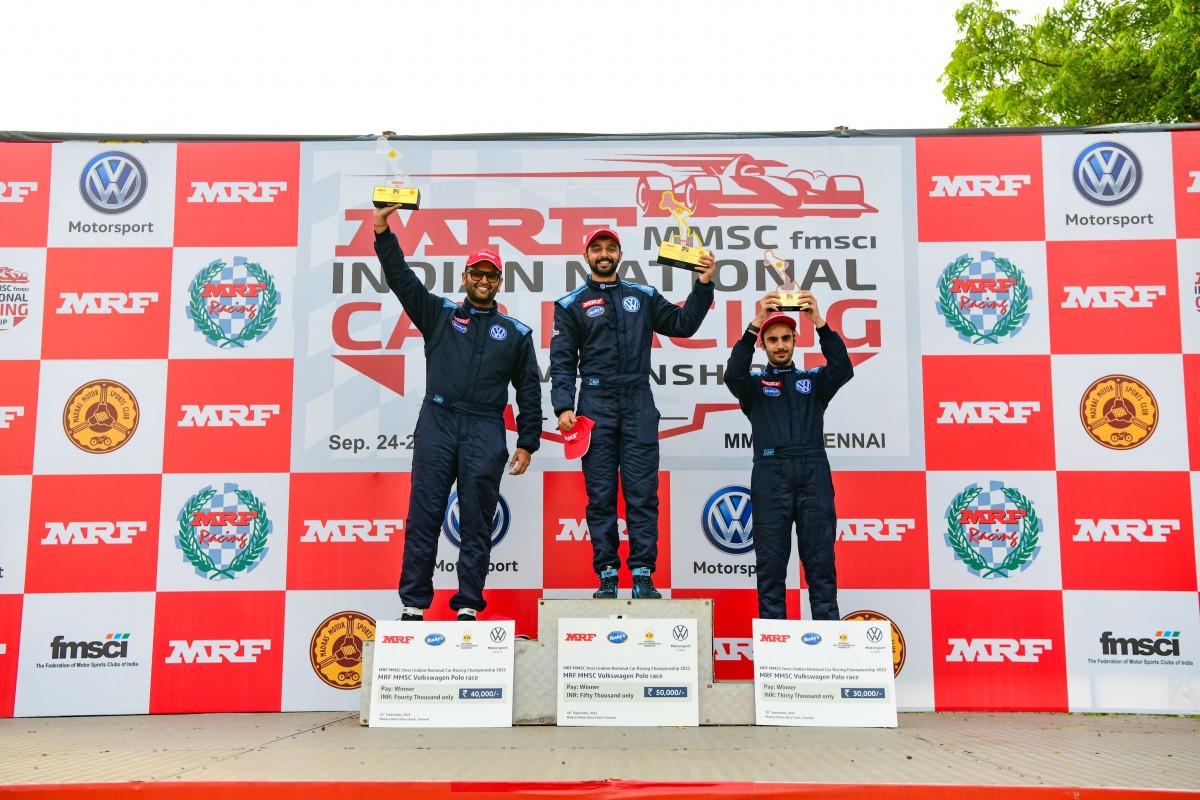 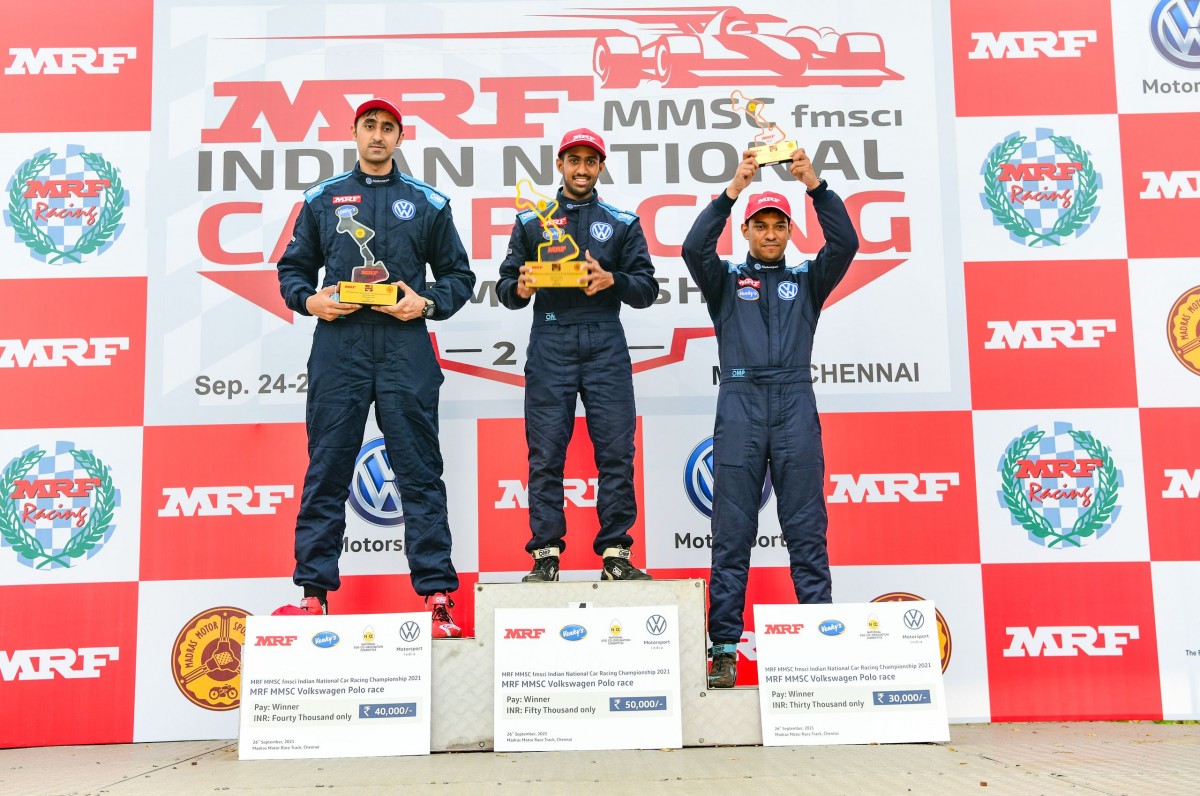 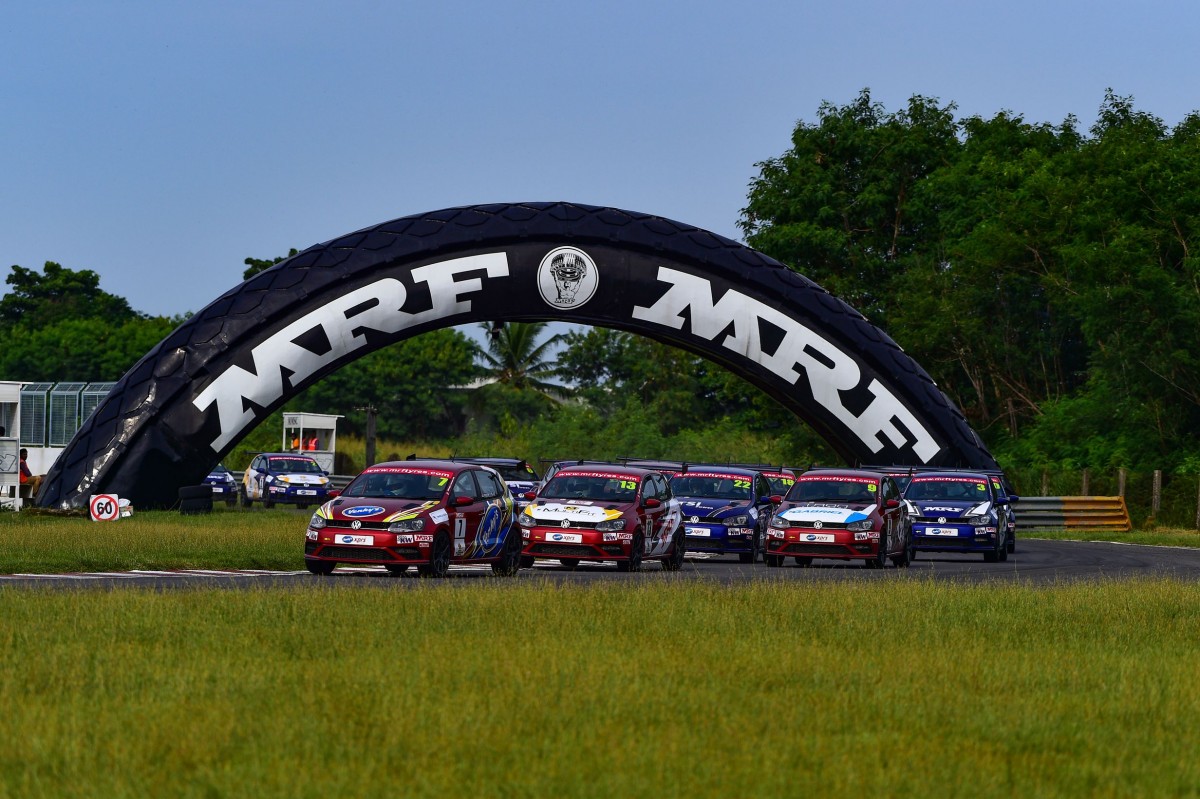 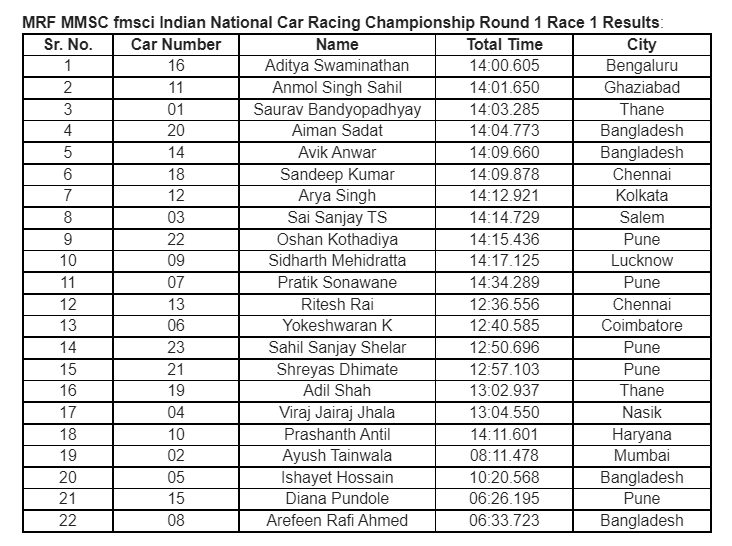 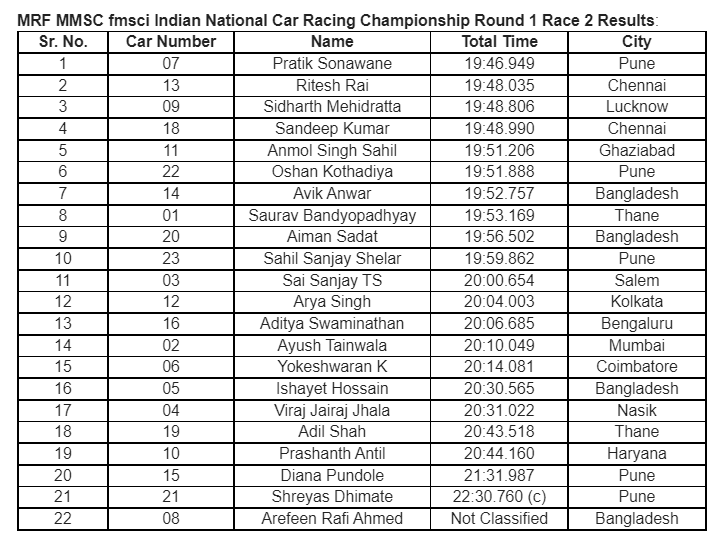