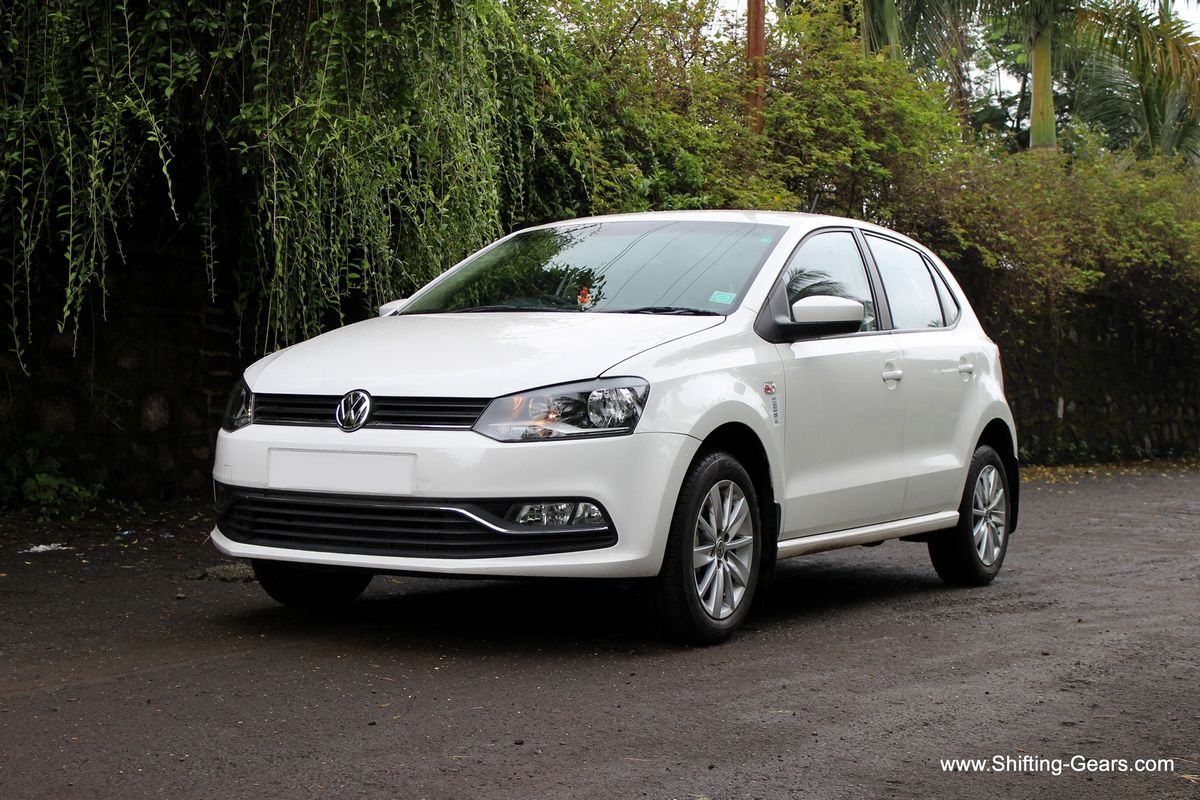 Volkswagen India Pvt. Ltd. is a division of the Volkswagen Group India, which was founded in 2007. The Polo is the company’s only hatchback in the sub-10 lakh price bracket and has been available for sale for almost 5 years now. This particular model that we have on sale in India, is globally, the fifth generation of the Polo hatchback, internally codenamed as the Typ 6R. It was launched at the Geneva Motor Show in March 2009. The Polo shares its platform with the 2008 Seat Ibiza and the Audi A1. Without any doubt, the Polo was and is one of the best looking hatchbacks in India, but the sales figures tell a different story. The car has been a mediocre performer, or, underperformer as the company would have projected. With new models being launched by the competitors, the Polo was feeling the heat in the market and hence, Volkswagen has given it a facelift. Internationally, the facelift model is known as the Polo 6C. 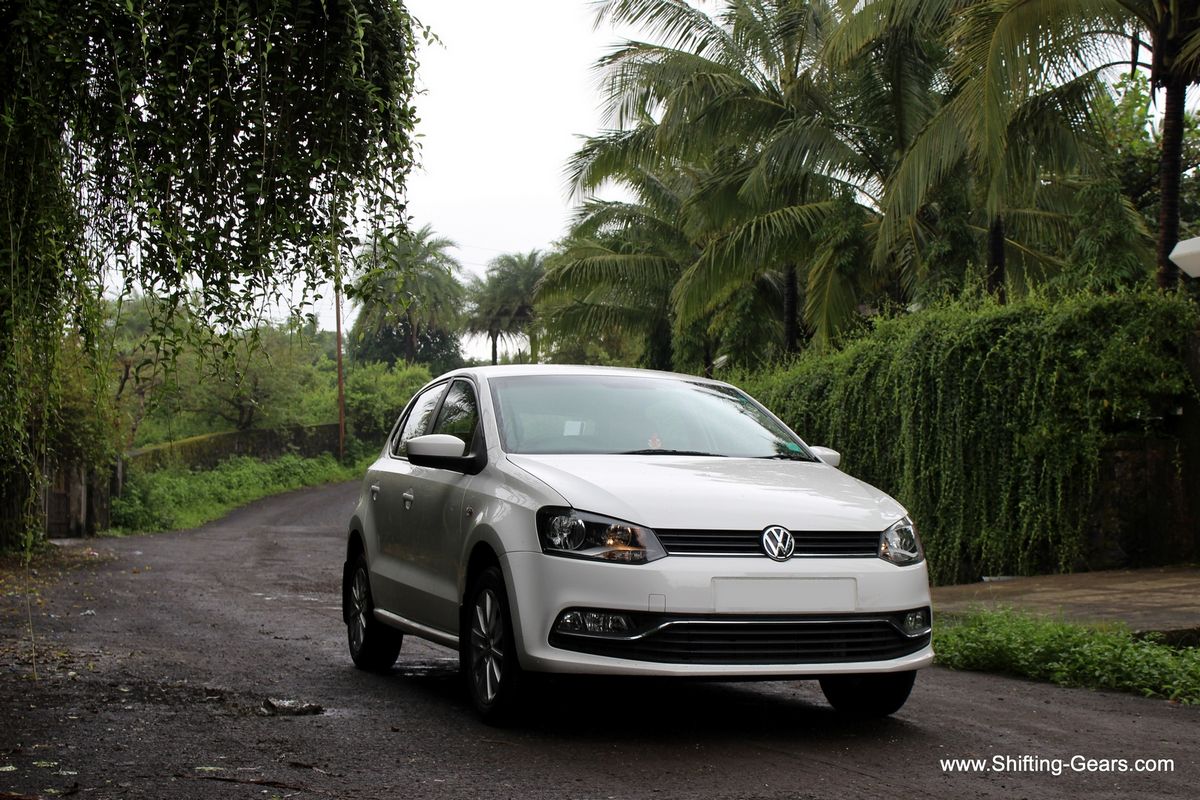 Exteriors:
On the outside, the facelift model has a couple of significant changes, while some of them can be missed and considered the same as the outgoing model. Up front, the Polo now has twin barrel headlamps which have been smoked out. The front grille also ditches the twin-slat chrome design and now has three horizontal slats with the bottom one in chrome. Air dam section has changed and the car also gets a new pair of fog lamps with cornering functionality. You get a chrome strip running across the air dam and underlining the fog lamps. Crease lines on the bonnet remain identical to the pre-facelift model. Side profile remains unchanged and Volkswagen has missed an opportunity to add turn indicators on the ORVMs. The cars gets new 15″ ‘Tosa’ alloy wheels in silver shade. At the back, you get a revised pair of tail lamps, which we wouldn’t be surprised if you claim that they look unchanged. Rear bumper has been redesigned and it now houses a reflector on either side. Roof mounted antenna, which was a long and flimsy one before has now been replaced with a short and more durable looking unit. Tailgate mounted spoiler is too small to add to the sporty look, and it houses the high mount stop lamp. 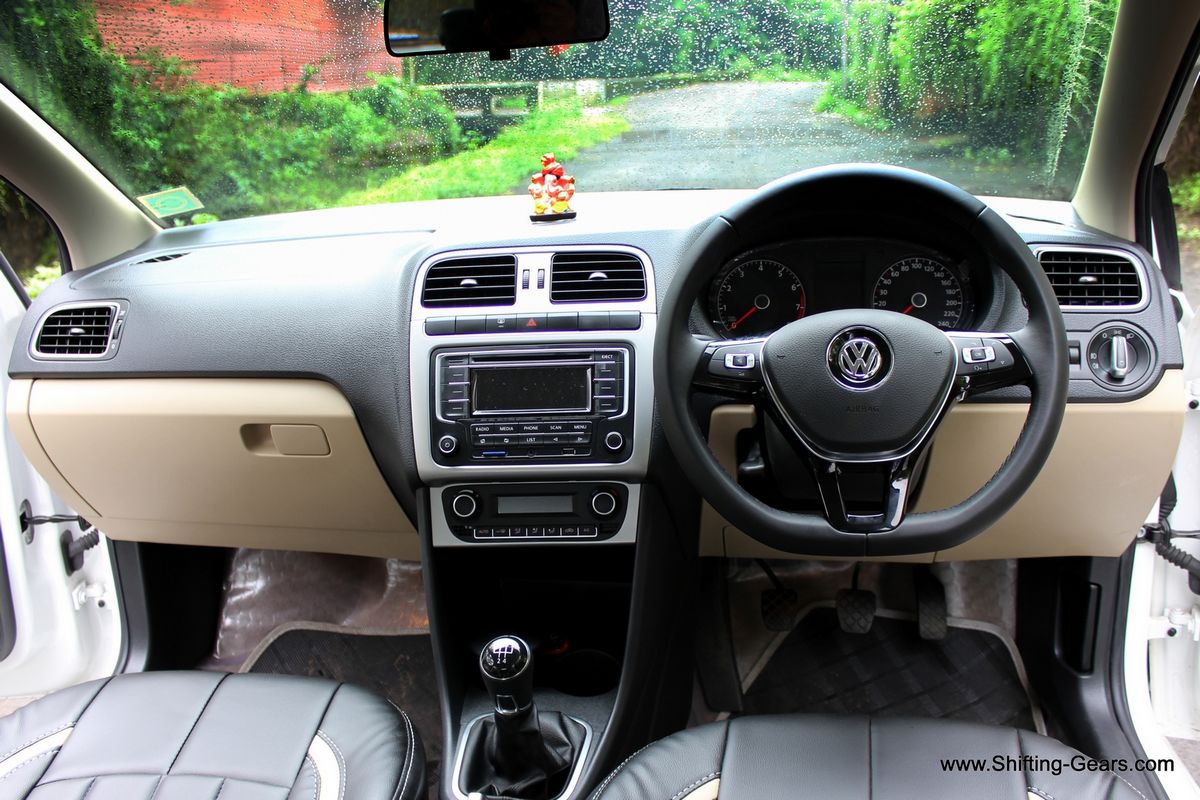 Dashboard design remains the same, but the centre console has been updated and gets silver accents

Interiors:
Interiors of the facelift Polo also see a couple of changes. The most noticeable, and probably a good change, is the leather wrapped, three-spoke steering wheel with piano black inserts. It has the usual steering mounted audio controls and gets a flat bottom. Audio controls buttons fall right in place and have a good tactile feedback when put to use. Horn-pad however is a bit of a stretch for your thumb. You also get a silver accent around the horn-pad on the steering wheel. Instrument cluster has the same layout. Tachometer on the left, speedometer on the right and the MID in between. The MID screen however is slightly taller than the previous model. Figures are easy to read even on a bright sunny day and the MID displays instantaneous fuel efficiency, time, engine temperature, outside temperature, average speed, speed, DTE and trip meters. On the dashboard, you get a silver finish on the centre console as opposed to black on the previous model. We think the previous black centre console looked far better than what we have now. This is just an example of trying too hard to bring in something different. Head unit is slightly different and now has USB, Aux, CD, Bluetooth and FM functionality. Below the head unit, you have the fully automatic climate control. Driver now gets a dead pedal too. Foot well gets illumination, which activates every time you open the door. Interiors of the Polo always were one of the best with a premium feel to it. Features such as auto up / down on all power windows is a very useful feature which the competition misses out on. Volkswagen provides a centre armrest for the driver in the international variants, but not here in India.

Seat upholstery has changed minutely and is in the beige shade. Our test car had aftermarket, art-leather seat covers. Seats provide decent all-round support and coupled with the height adjustment and fore and aft movement, it will suit short as well as taller drivers. Rear seats however, like the previous generation, lack in the legroom area. Also, the big floor hump is a 5th occupant repellent. With the black and beige treatment, the cabin is airy at all times and the greenhouse is also on the positive side. Boot space is big, and can accommodate 3-4 large size bags easily. With the fold down rear seats, the practicality doubles. 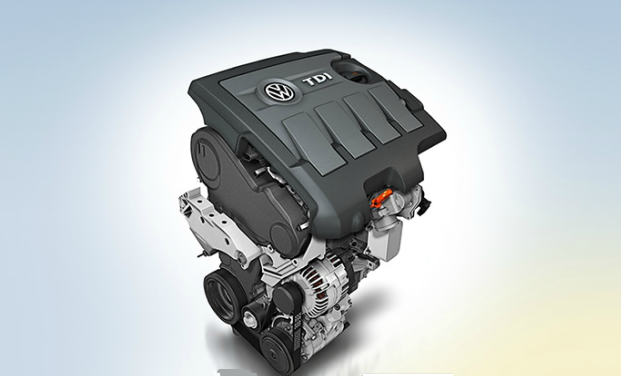 Engine, performance and handling:
The facelift version of the Polo does not come with only cosmetic changes, but it gets a new diesel engine as well. The pre-facelift Polo came with a 1.2L, 3-cylinder diesel motor which delivered 74 BHP of power and 180 Nm of torque. Plagued with poor NVH, the diesel motor was not really a hot favourite among buyers. Coarse and noisy engine at all times and significant turbolag could not do justice to the price the Polo diesel demanded. The diesel motor has now been replaced with a new 1.5L, 4-cylinder motor which is a downsized version of the 1.6 TDI. The engine now produces 90 PS of power @ 4,200 RPM and 230 Nm of torque @ 1,500-2,500 RPM. NVH levels are worlds apart now in comparison and the cabin feels ‘quiet’. Engine is mate to a 5-speed manual gearbox. 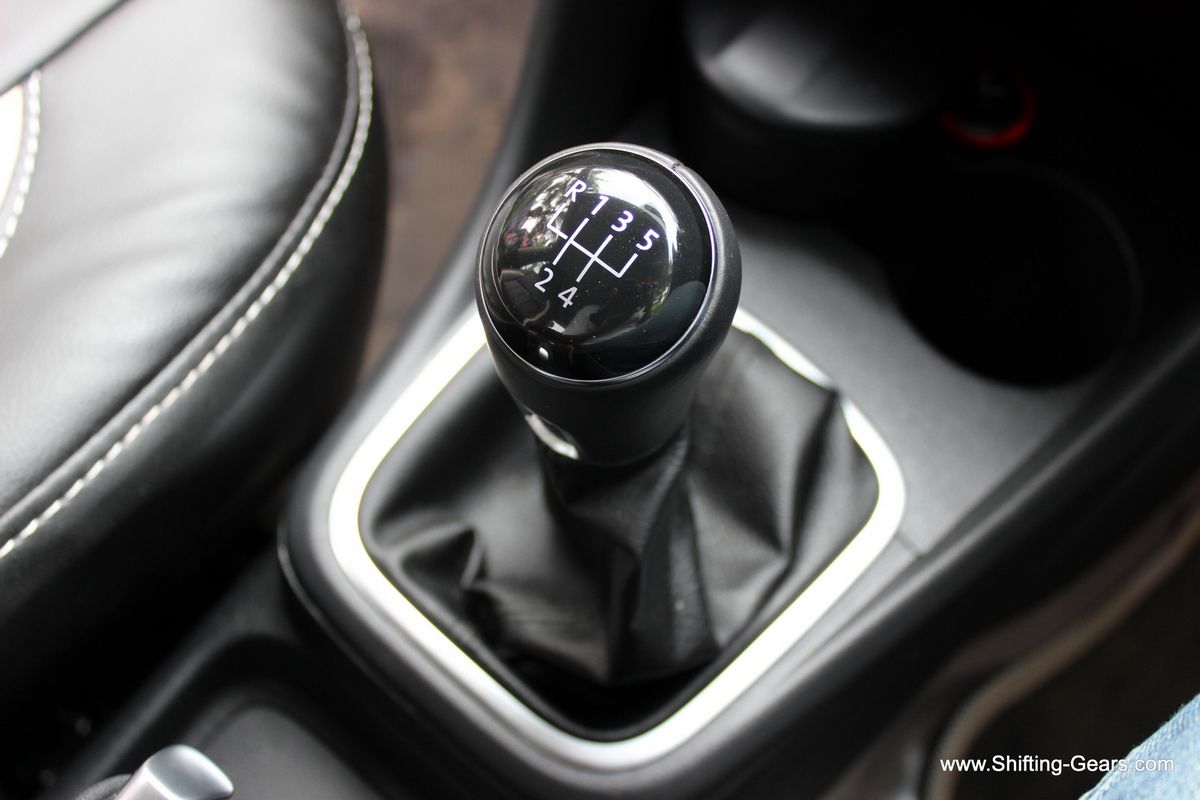 The diesel motor now has enough low-end grunt to make city commute easy. Frequent downshifts are no longer required and one can lug around on higher gears at low speeds. The car even passed the 2nd gear speed breaker test, crawling effortlessly from almost 0 kmph. Power delivery is linear and those who like the turbo-spool kick like in the Maruti Swift, will be a little sad on kick down. The motor revvs clean till the red line, but it’s pointless on a diesel motor given that it runs out of breath post 4,500 RPM. A 6th gear for overdrive and highway cruising would have been appreciated, and would also have given you a little more miles per litre of fuel. Gear gates are well defined and the gear throws are short. Clutch pedal however is nowhere close to the super light unit on the Hyundai i20. The new 1.5L diesel is good for 20.14 kmpl, ARAI approved.

The petrol motor remains unchanged with a 1.2L, three-cylinder unit producing 74 BHP of power @ 5,400 RPM and 110 Nm of torque @ 3,750 RPM. Not only in India, but this petrol motor is the entry level variant for the Polo globally. Typical of three-cylinders, the refinement levels are not up to the mark and don’t do justice to the price tag. A slight amount of clatter is heard even from the petrol motor, which would turn off a few. In city driveability however is good enough and the power delivery is acceptable. The engine responds quickly to your throttle input. Unlike the 3-cylinder K-series engines from Maruti, this unit from VW packs decent punch even for the highways. However, on high RPM, the engine noise does enter the cabin and occupants know that you’re working on that gearbox to keep the momentum.

In the ride and handling department, the Polo is one of the most composed hatchbacks in the segment. Suspension setup is well tuned and has very mature road manners, much like a larger car. The car stays flat over uneven roads, even at the back. Unlike the Hyundai’s of the previous generation which were bouncy. Encountering a bump on high speeds, vertical movement is well controlled and the car feels so much confident when pushed around the corners too. Steering wheel provides good amount of feedback and is light and needs zero effort while parking. 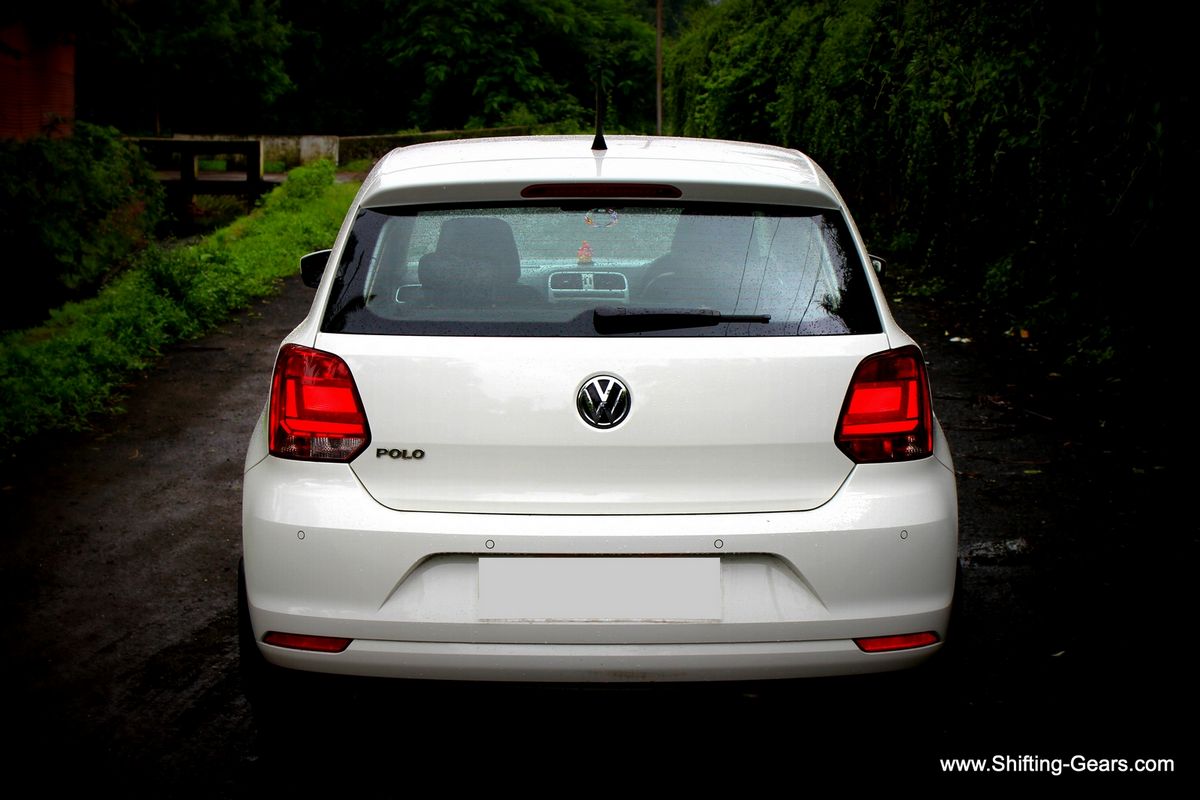 It was always one of the best looking cars in the premium hatchback space, and now packs a little more visual punch

With a better diesel motor, the Polo now adds to the performance & practicality along with a better in-cabin experience. With other variants such as the GT TDI, GT TSI and the Cross Polo, you even have the option of buying a car which is not too focussed for the masses. If you want a hatchback which delivers every bit of that European car feel, the Polo is for you.