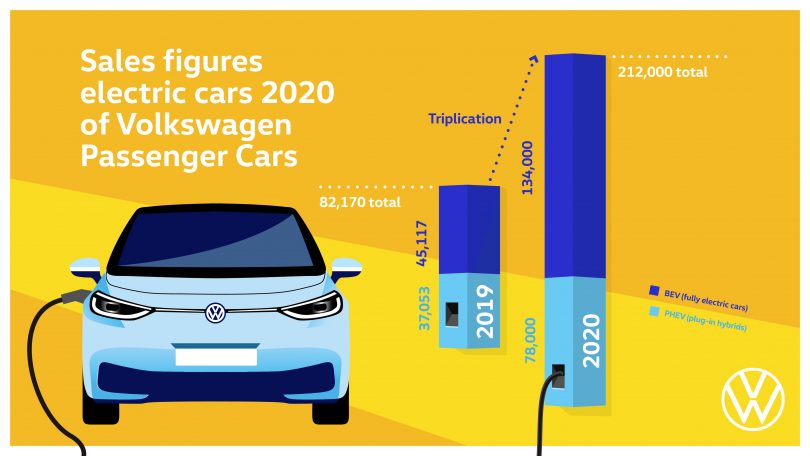 Volkswagen confirmed that it has tripled the deliveries of all its electric vehicles for the year 2020. When compared to last year the electric vehicles have seen a jump of over 158 per cent and the German carmaker reported to have delivered a total of 2,12,000 electric cars across the globe. In terms of overall sales figure including all the powertrain and engine options, Volkswagen reported a decline of 15 per cent when compared to last year. But in the last month of the year, Volkswagen revamped its production and reported just 2 per cent of what it was for the same period last year.

In 2020, Volkswagen introduced nine new electric and plug-in hybrid models. The most successful products from its portfolio was the ID.3 which sold around 56,500 units which was followed by e-Golf with around 41,300 units. The ID.3 was particularly successful in the Scandinavian countries and in Sweden it was the top-selling car for the month of December. The ID.4 which is a combination of the most demanded powertrain and body type in the current market i.e. an electric SUV has been a successful launch and the total SUV deliveries of Volkswagen rose from 29.8 per cent in 2019 to 34.8 per cent in 2020.

The BEV (Battery Electric Vehicle) and hybrid vehicles make up to a total of 12.4 per cent market share in the European automotive market meanwhile the figure was 2.3 per cent for 2019. This pretty much indicates the electric vehicles are in great demand in the market. Volkswagen is currently leading the pack in its home country Germany and in the Netherlands with an electric car market share of 23.8 per cent and 23 per cent respectively. We are witnessing an influx of automotive companies who want to leverage this opportunity and thus have started to invest heavily in the research and development for producing their electric vehicles as soon as possible. In fact, luxury car makers like Bentley, Audi, Mercedes-Benz, BMW and likes have also joined this bandwagon of building their versions of electric cars and try to get the maximum share of the market. 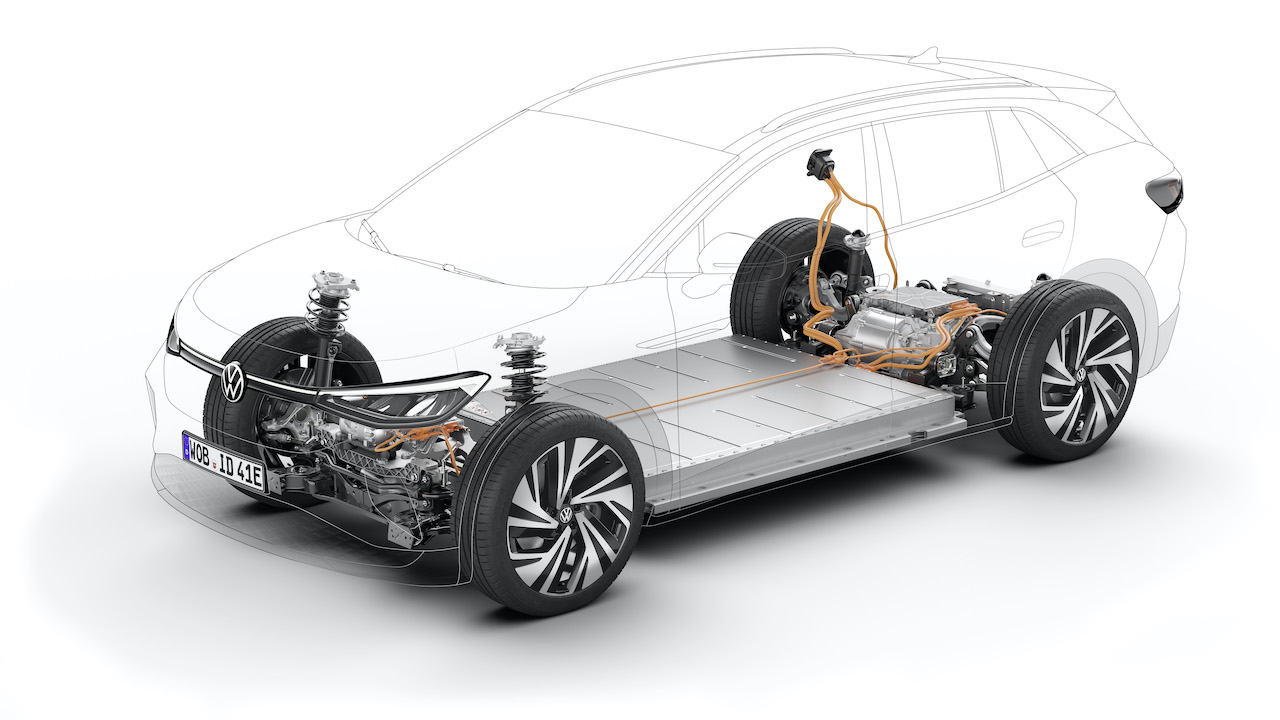