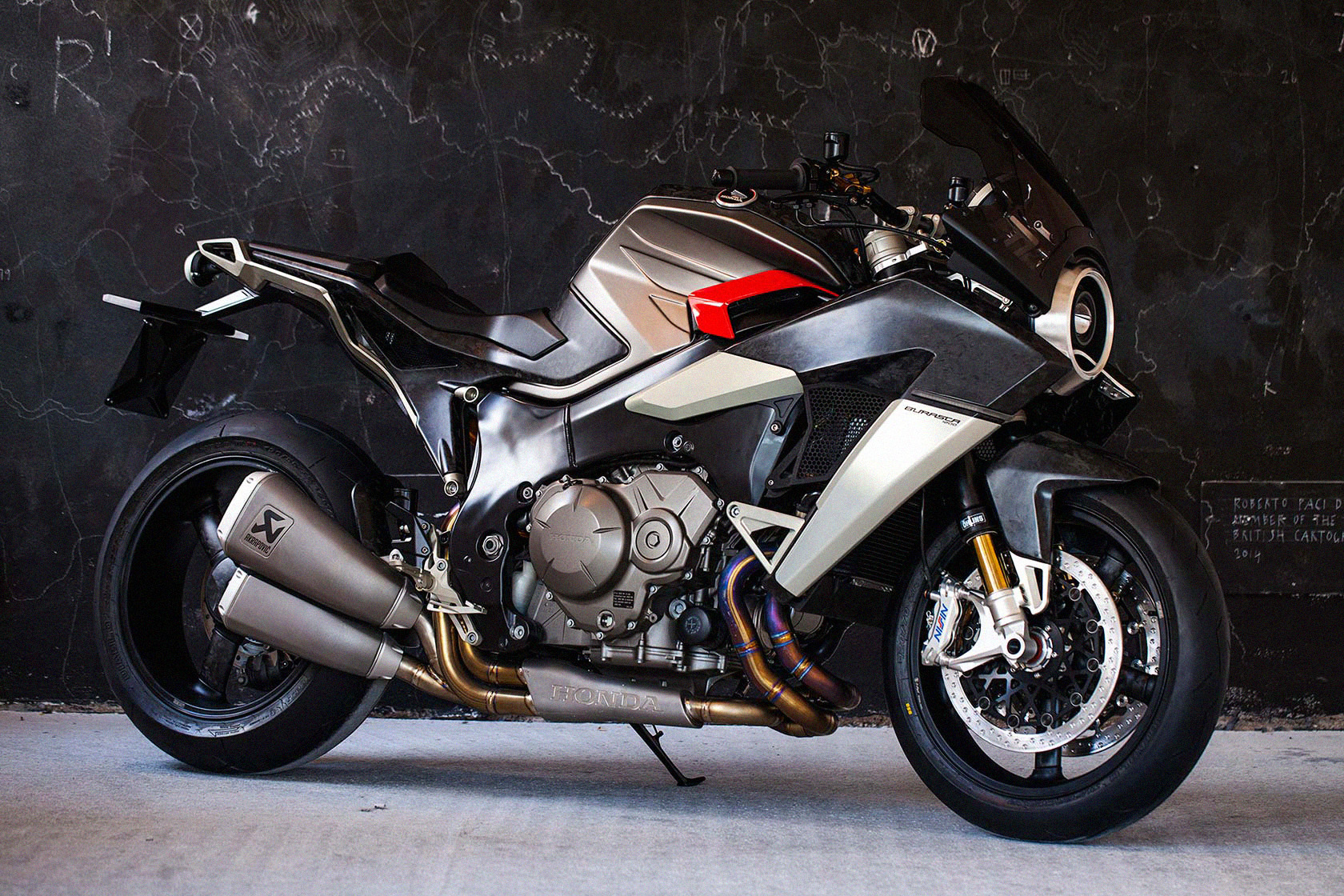 A helmet designer once upon a time, has moved on to create this. Helmet painter for MotoGP champion Valentino Rossi, has now moved to designing and detailing motorcycles. His first effort has been dubbed as the Burasca 1200.

Rossi’s helmet painter Aldo Drudi has teamed up with bike builders Air Garage and Honda Italia. They have taken a Honda VFR1200F and slapped on Ohlins NIX 30 forks on the front and TTX GP 36 rear shocks. To reduce weight, stock rims have been replaced with aluminium ones and a full-on lightweight Akrapovic exhaust system has been added, reducing the weight by almost 30kg. To stop this monster of a bike, Nissin monobloc radial calipers have been added on. You also have fancy LED lights on the motorcycle.

Design-wise, the bike looks like a heat seeking stealth missile. Have a look at it yourself.