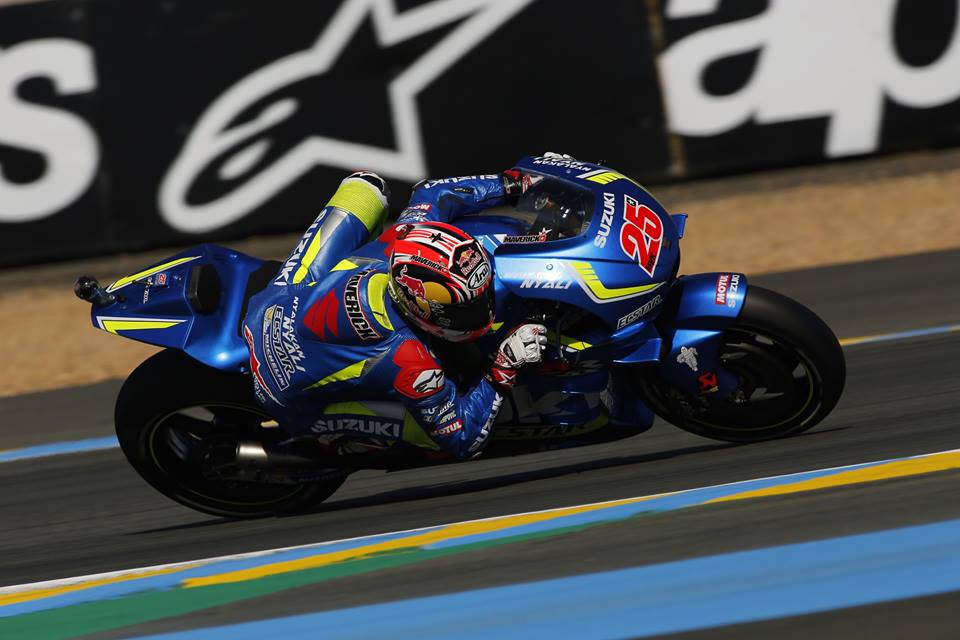 When Jorge Lorenzo decided to move to Ducati for next two seasons, Yamaha Movistar, started looking out for a team mate for 9 time world champion, Valentino Rossi. The brand has now decided on this and has reportedly signed a two-year contract with Maverick Vinales who is currently riding with Suzuki in MotoGP.

Currently, none of the teams have disclosed any of the information as the official addressing is due on the coming Thursday.

Young, but Maverick Viñales has been performing very well well in the current season with his Suzuki factory MotoGP bike and finished on the podium at the French GP, Suzuki’s first podium in eight long years.

Also, Rossi and Viñales share a good bonding off the track and this will help Yamaha to settle down the conflicts that were going on between Rossi and Lorenzo for a long period of time.

Earlier it was speculated that Dani Pedrosa from Honda Repsol might leave the team to join Yamaha Movistar.