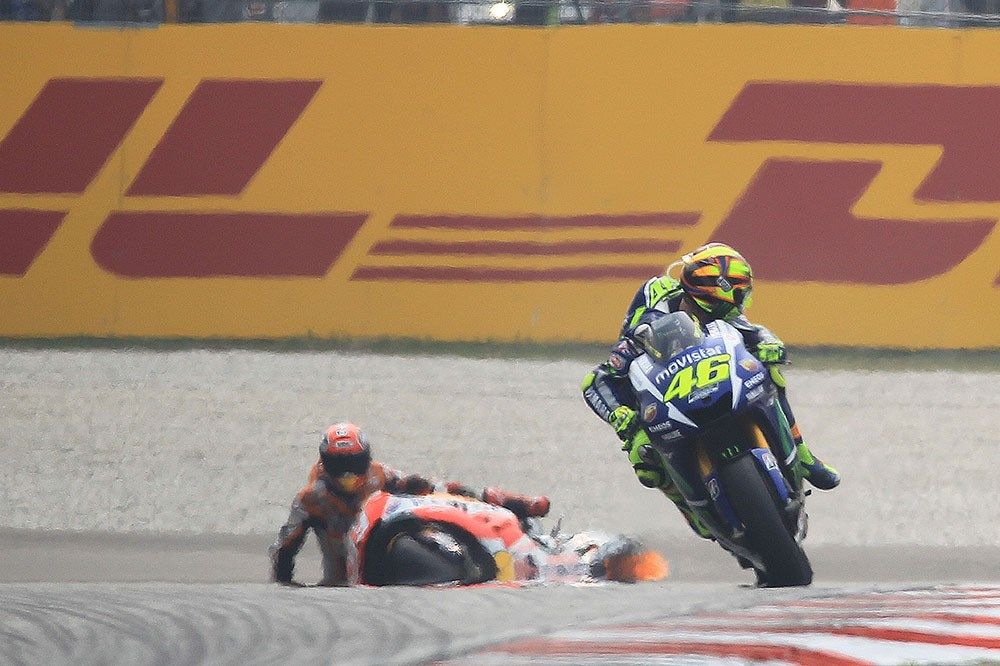 Valentino Rossi will stay in MotoGP till 2018. While speculations were on considering him getting older (aged 37 now) to continue in the sport, the star rider himself confirmed that he is here to stay.

So, till he is 39 at least, he is going to be seen racing, and mostly with Yamaha.

He explained in a funny manner that he would love to stay till his hair gets white and Yamaha asks him to leave. Also, future plans include joining of other motorsports such as LeMans, Dakar Rally or Monza Rally.

While there are people questioning about the potential of Valentino Rossi while he turns 37 this season, Rossi has performed as one of the strongest in the pre-season tests so far.

20th March will witness the MotoGP 2016 action and we hope Rossi wins his 10th World Title.