Norton Motorcycles went through a mess last year when Stuart Garner, the company’s former CEO, was put under investigation. The head honcho is still under investigation by the UK Pensions Regulator under the allegation of pension fraud. According to reports, the company had failed to return retirement pots to employees when Stuart Garner was the trustee for three pension programs.

The company went into administration in January 2020. In April last year, TVS Motor Company rescued Norton Motorcycles by acquiring certain assets in an all-cash deal remuneration of GBP 16 million. Norton was under the old management; the company sold the V4SS at a hefty price tag of GBP 44,000. Now reports suggest that the motorcycles sold in 2019-2020 come with a long list of faults.

The new owners, TVS Motors, are injecting fresh funds into the company to restructure the company. During a review of production practices and quality control, the new owners have identified certain discrepancies in the Norton V4SS. The list of defects and safety concerns identified by the brand spreads over three categories. This includes either a ‘safety recall,’ a ‘check and replace if required,’ or a ‘service action’ with potentially 35 affected parts.

Reports suggest that the motorcycles built between 2019 and 2020 are under recall. Norton produced the recalled motorcycles before TVS took charge of the company. Still, because 20 out of the 35 defects are safety-critical, the brand wants to voluntarily take actions under the guidance of the DVSA (Driver & Vehicle Standards Agency).

A new carbon fibre version of the Norton V4SS made its debut late last year. The motorcycle comes with a 1200cc 72-degree V4 water-cooled engine. The engine produces 200 BHP of power and 130 Nm of torque, and a racetrack developed chassis. Norton also revealed that only 200 units of the hand-built motorcycles would make entry into the international market. The brand has not launched the new V4SS yet. 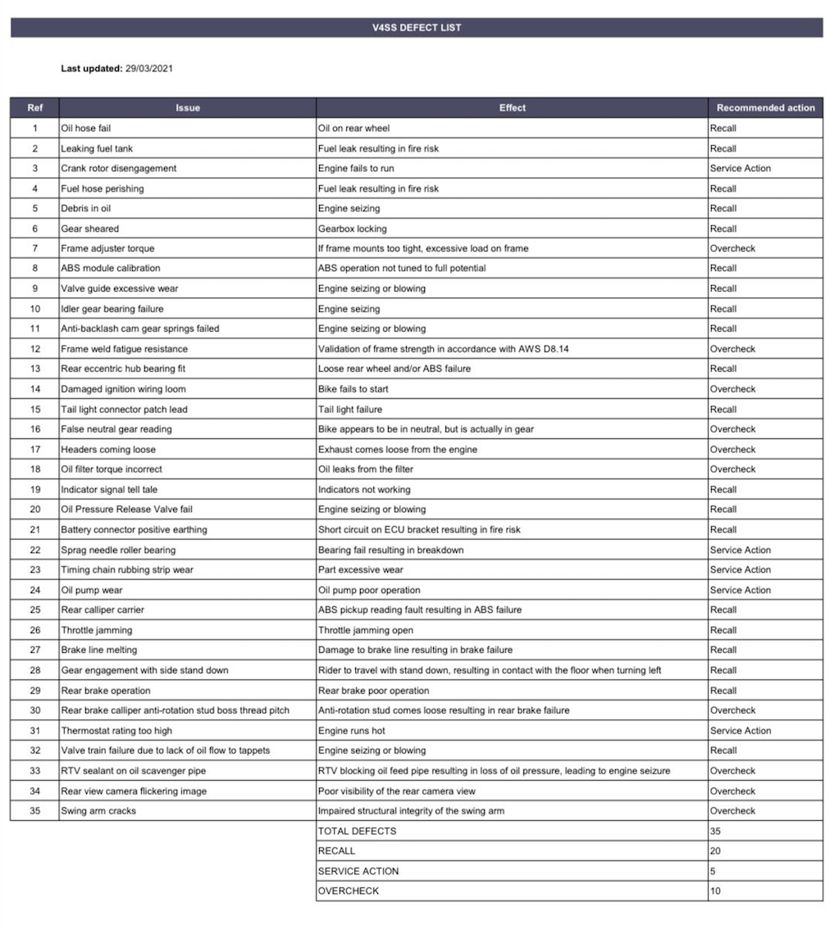