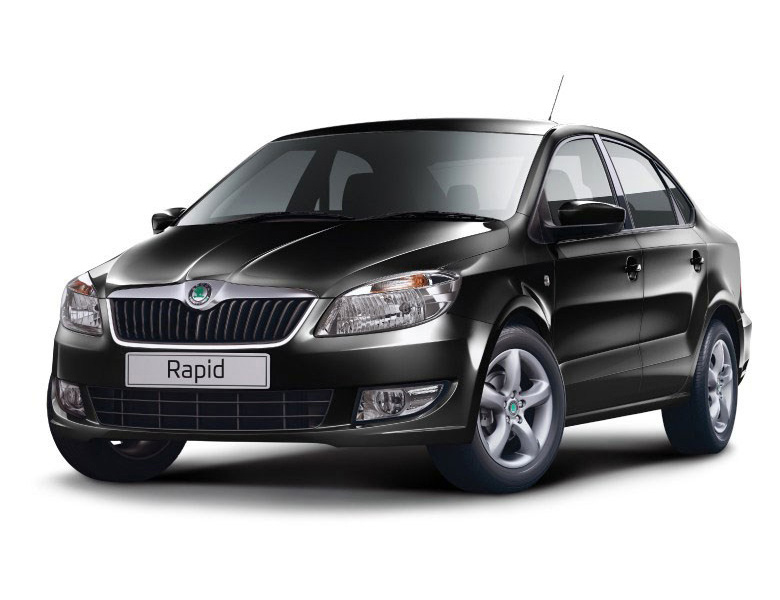 The Volkswagen Vento facelift was recently spotted testing, however, the Skoda Rapid facelift is expected to hit the showrooms on 30th September, 2014.

Previously, spyshots had emerged on the internet of a new variant of the Skoda Rapid being tested which was rumoured to be called as the Skoda Rapid Black. The refreshed variant to be launched on the 30th of this month is expected to get cosmetic tweaks such as smoked out headlamps with projectors, black surrounds on the front grille, black ORVM housing, black roof, 16″ Comet alloy wheels and black fog lamp housing. Earlier this year, Skoda had already updated the interiors on the Rapid with new steering wheel and steering-mounted audio controls, a different gear knob etc. We can safely expect that Skoda will give the refreshed version new seat fabrics as well to round off the package.

On the mechanical front, the Rapid will now sport the all-new 1.5L TDI engine producing 104 BHP of power and will also have an option of the DSG automatic gearbox. A 1.2L turbocharged petrol motor mated to an automatic gearbox is also expected.

The C2 sedan market is heating up and the customers are surely going to have a hard time finalising the best among the rest.