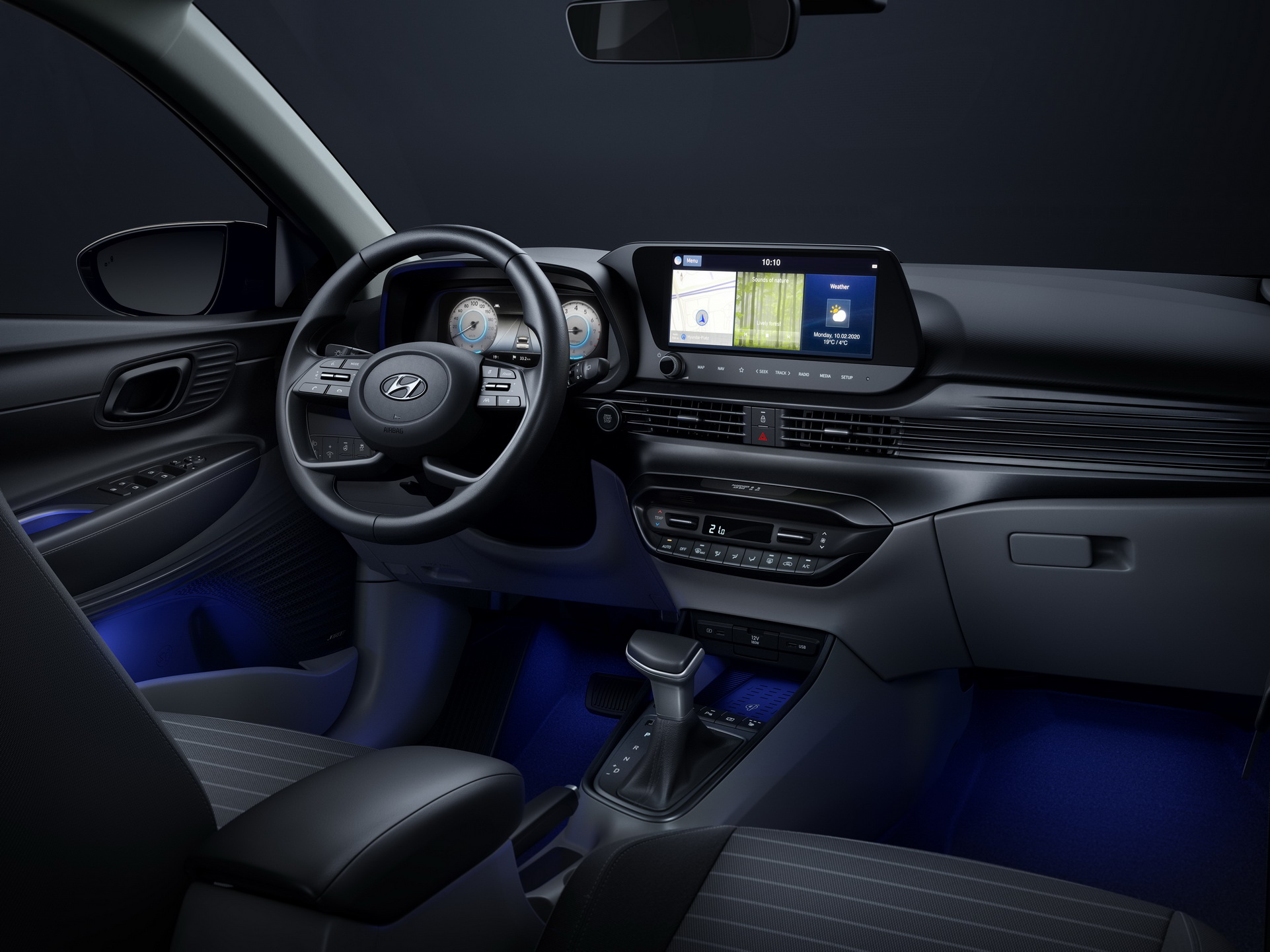 According to the new pictures, the interiors of the Hyundai i20 are likely to receive an all-black treatment on the dashboard. The dashboard appears to have multiple layers and houses two 10.25-inch displays – one for the driver’s instrumentation and another for the infotainment. The touchscreen infotainment screen is placed in the centre and has a semi free-floating design and is likely to come with Android Auto, Apple Car Play and Hyundai connected services that include real-time traffic updates and voice recognition. The audio system is also likely to be offered with premium speakers from Bose. The infotainment console is seen with a rotary dial towards the drivers side, similar to the one on the Hyundai i10 NIOS and feather touch control buttons in a row underneath the screen.

Below the infotainment system are the new air-conditioning vents which come in multiple connected horizontal blade design that are likely to be illuminated by an ambient lighting system. Below the vents are controls for the air-conditioning with a combination of toggle style and push button switches. The central tunnel features a chunky gear selector and cubby holes for storage and a wireless mobile phone charger also push button controls for ventilated front seats can be seen on the central tunnel. The 2020 Hyundai i20 also gets a new multifunction steering wheel with a new Sonata inspired design, a push button start/stop right next to steering column and power window controls on the door pads along with storage pockets.

Under the hood, the 2020 Hyundai i20 is likely to be offered with a BS6 emission compliant 1.2-litre petrol engine, a 1.2-litre diesel engine and a 1.0-litre turbo-petrol engine with manual and automatic gearbox options.