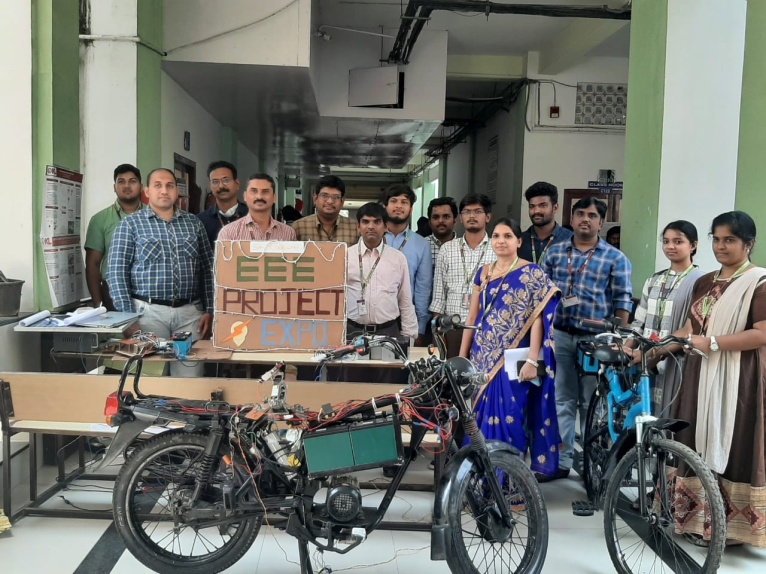 Electric Vehicle Innovativation at Its Best

The e-bike developed by the students of KL University has a top speed of 55 kmph and can travel close to 85 km to 100 km in a single charge. The charging time takes around 5 hours, comparable to the current production-ready electric vehicles in the market. The charging technology makes use of cell balancing, which releases the maximum battery potential and makes a long-lasting charge. The team made use of an existing motorcycle for the chassis and modified it to a bike enabled with wireless charging. To encourage the students’ hard work, the University has offered to grant INR 1,40,000 to procreate the idea.

Demand For Electric Vehicles In India

With the incentives provided by the Indian Government, customers are finding electric vehicles as a much cheaper alternative to fossil fuel-powered vehicles. According to a study report published by ResearchandMarkets.com on India Electric Scooter and Motorcycle Market. It is estimated that the electric scooter and motorcycle sales volume will reach 10.8 lakh at the end of 2025. This results in a CAGR of 57.9 per cent between 2020 and 2025. In terms of retail sales, the market will attain more than USD 1 billion in 2025 and advance the CAGR to 63.9 per cent.