TVS has very recently teased a new product. The new teaser does not show much except for the upcoming product’s logo or design element. Below it, one can also a see hashtag that says ‘New way of life’. As of now, it is unclear what the new product might be. Fortunately, we won’t have to wait long to find out as the company will release it on 6th July 2022.

TVS New Product Teaser – What Could It Be?

While there is no clear indication, nor is the teaser revealing enough to know what it might be. However, according to sources, there is a possibility that it could be the TVS Zeppelin cruiser bike. On the other hand, it could also be a naked version of the Apache RR 310. The new naked bike has been in the rumours for quite some time.

TVS first showed the Zeppelin as a concept at the 2018 Auto Expo in India. The concept bike showcased the Indian manufacturer’s take on a power cruiser. The concept featured an all-new 220cc single-cylinder engine and a 5-speed gearbox. According to TVS, the motor made 20 HP and 18.5 Nm of torque. The motorcycle also featured a belt drive. The cruiser concept also used a patented ISG (integrated starter generator). TVS also gave the Zeppelin an e-boost function using a 1,200-Watt regenerative assist motor. Powering the motor was a 48V Li-ion battery. The motor gave it additional performance, and TVS also claimed it had a top speed of 130 kmph.

It remains to be seen which parts from the concept will trickle down to the production motorcycle. That is if it is the Zeppelin that debuts on 6th July. Since its concept debut, TVS has not revealed anything further. However, the company trademarked the ‘Zeppelin R’ name in late 2020.

TVS has a street naked bike base ready in the form of the G 310 R. Hence, like BMW, TVS could add its own flavour to the mix and introduce it as a naked sibling to the Apache RR 310. 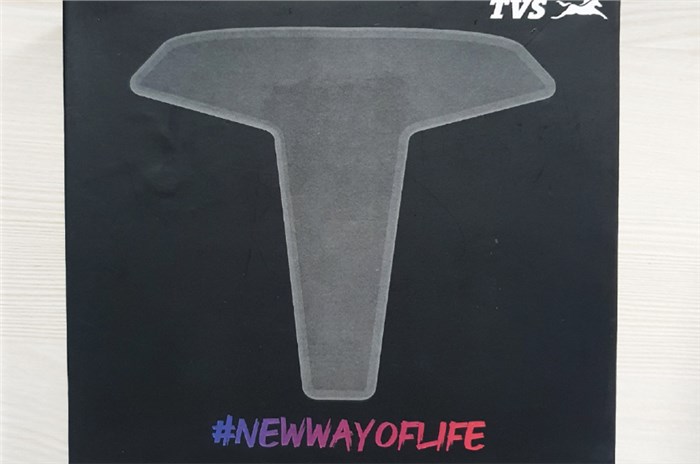