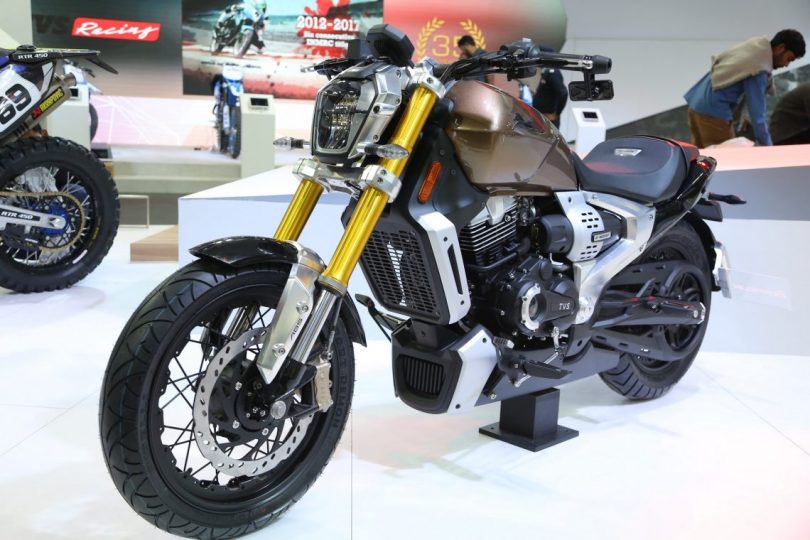 TVS has applied for a new trademark named called ‘Ronin’ which could be the brand’s upcoming motorcycle model in India. According to the pictures of the patent document that has been circulated on the internet, appears to only be for the name of the motorcycle as of now and no further details except for its classification under Motorized Land Vehicles, Two-wheelers etc., have been revealed.

The patent application for the ‘Ronin’ moniker appears to have been filed in February and the name has recently been approved, according to the pictures. Sources believe that the new Ronin Moniker is likely to be used on the brand’s upcoming cruiser the TVS Zepplin that had been showcased at the 2018 Auto Expo and was earlier reported to be launched in India this year. Unconfirmed reports also suggest that the Ronin moniker will be used on the brand’s Adventure class motorcycle based on the BMW’s 310 engine but the former hypothesis is likely to be more plausible.

The TVS Zepplin showcased at the biennial event is a first for the company in the power-cruiser segment and the showcased bike  featured a 212cc single-cylinder air-cooled mill that is likely to be based on the 197cc engine from the Apache 200. The engine on the Zepplin is expected to produce 20 Hp of power and 18.5 Nm of torque matched to a 5-speed gearbox.

The engine features an Integrated Starter Generator system with an electric assist motor that works in ways similar to the mild-hybrid systems found in cars which can add performance from a 1,200W regenerative assist motor coupled to a 48V lithium-ion battery pack, known as an e-Boost system which not only provides more torque on demand but also returns better fuel efficiency than conventional engines.

Though it is still unconfirmed when the production-spec Zepplin will be launched in the Indian market but it stands-up as the strongest candidate for the ‘Ronin’ name. The power-cruiser is speculated to carry a price tag around the INR 1.20 Lakh mark. 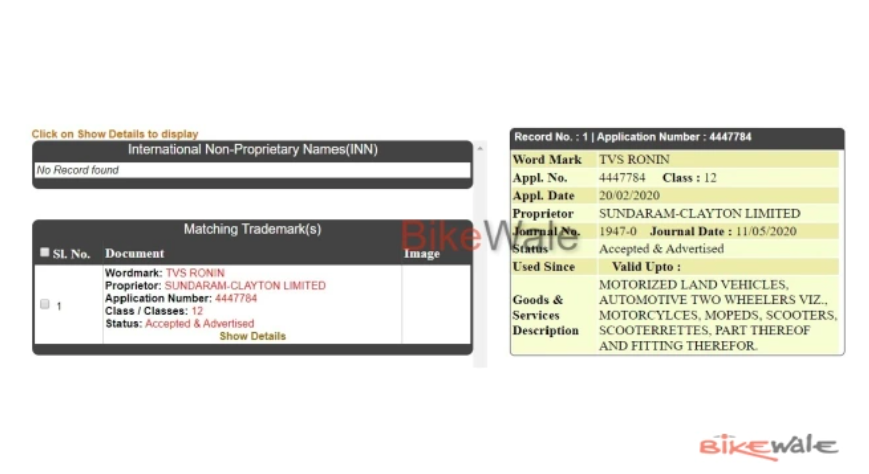