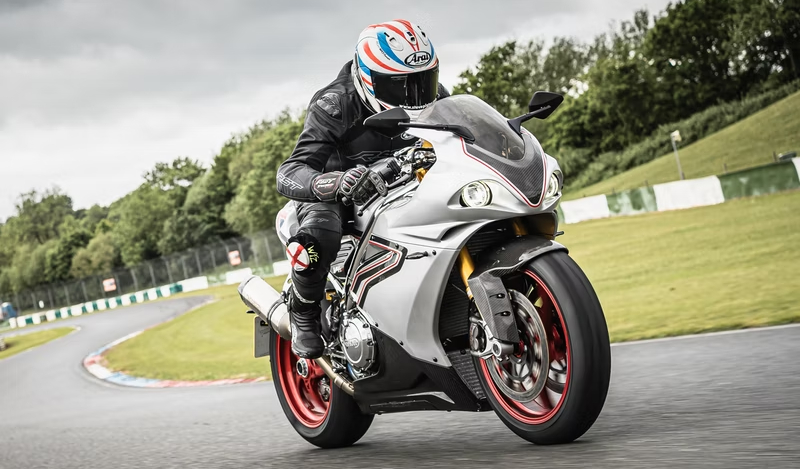 TVS-owned British bike maker, Norton, has revealed its new V4SV superbike. Few motorcycle companies have a racing history and story like Norton. The company has dominated the Isle of Mann TT races in the past and then has also gone bankrupt. The company recently got a new lease of life after TVS acquired the brand.

Norton will build the new V4SV at its new multi-million-pound headquarters in Solihull, Birmingham. The V4SV will also be available in two variants. The flagship V4SV comes with exotic materials and the company also hand-builds the components. It is also up to the current 2022 norms and carries an exorbitant price tag.

Norton says the V4SV is the only British-designed superbike in production in the UK. The company says it will prioritise the orders which interested customers placed before TVS acquired the company.

The British company will offer its flagship superbike in two variants – Manx Silver and Carbon. The Manx silver comes in the trademark Norton colours. It gets a polished silver colour with red and carbon fibre accents all over. The front also gets a black number board. Another highlight is the forged-aluminium OZ Racing wheels.

Both variants will also feature a carbon fibre fuel tank, carbon fibre bodywork and a Union Jack on the tail of the motorcycle. Additionally, it also gets a TIG-welded aluminium tube frame. Norton handcrafted and polished the frame to offer a mirror finish. The frame of the motorcycle is also aerospace-graded aluminium. Norton designed and developed the frame at the world’s most rigorous race track – the Isle of Man TT.

The Norton V4SV will get full-LED lighting, a keyless ignition system and a six-inch full-colour TFT display as standard. Some unique bits include a rear view camera functionality and a 15-litre under-seat carbon fibre fuel tank. The fuel tank also gets Kevlar reinforcement.

Norton has not revealed the price break-up. However, the Carbon variant will likely cost more than the Minx Silver. Although, Norton did mention the superbike will have an asking price of GBP 44,000.

Powering Norton’s flagship superbike is a 1200cc liquid-cooled 72-degree V4 motor. The engine gets full drive-by-wire which is also independent on the front and rear banks of the cylinders. Thus, delivering ultimate control and feel. The V4SV’s engine also gets titanium inlet valves. The engine produces 185 BHP at 12,500 rpm and 125 Nm of torque at 9,000 rpm. The Norton V4SV also gets a bi-directional quickshifter, allowing clutchless up and downshifts.

The chassis geometry of the bike is also adjustable for rake angle, steering offset and swingarm pivot. The swingarm uses a braced underslung single-sided billet swingarm. It also has a rising-rate linkage geometry which Norton developed from the TT race bikes. The motorcycle has a dry weight of just 193 kg.

The suspension components on the V4SV are also top-of-the-line. At the front, it uses an Ohlins NIX30 front fork with full adjustability. At the rear, it gets a fully-adjustable TTXGP bespoke rear shock. Braking hardware at the front consists of dual 330mm discs with radially-mounted Brembo monoblock callipers. It also uses a Brembo master cylinder and Brembo discs. The rear gets a single 245mm disc with a Brembo calliper and master cylinder.

The V4SV gets a host of electronic riding aids to help tame the power. The bike gets three engine modes – Wet, Road and Sport. Controlling all the rider and engine modes is a six-axis inertial measurement unit. The system also allows Norton to equip the bike with a lean-sensitive traction control system. Users can control the rider modes using the new 6-inch full-colour TFT instrument cluster. The instrument cluster also gets an auto-brightness adjustment. The motorcycle does not come with rear view mirrors and instead uses a rear-view camera. 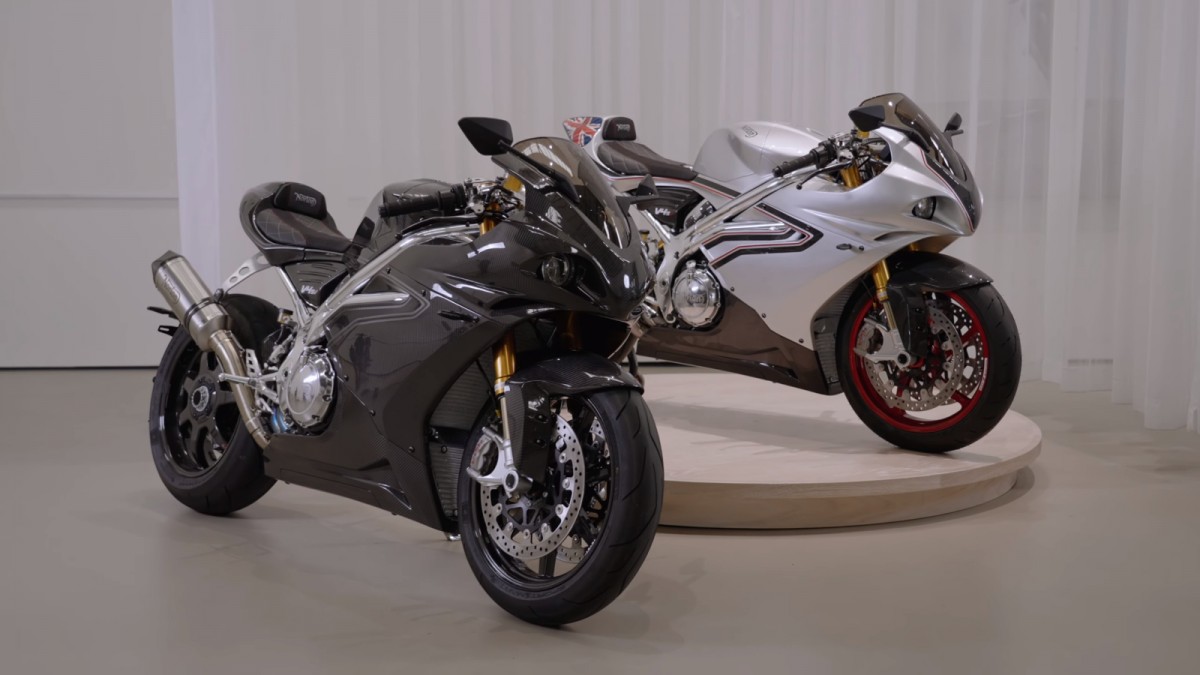 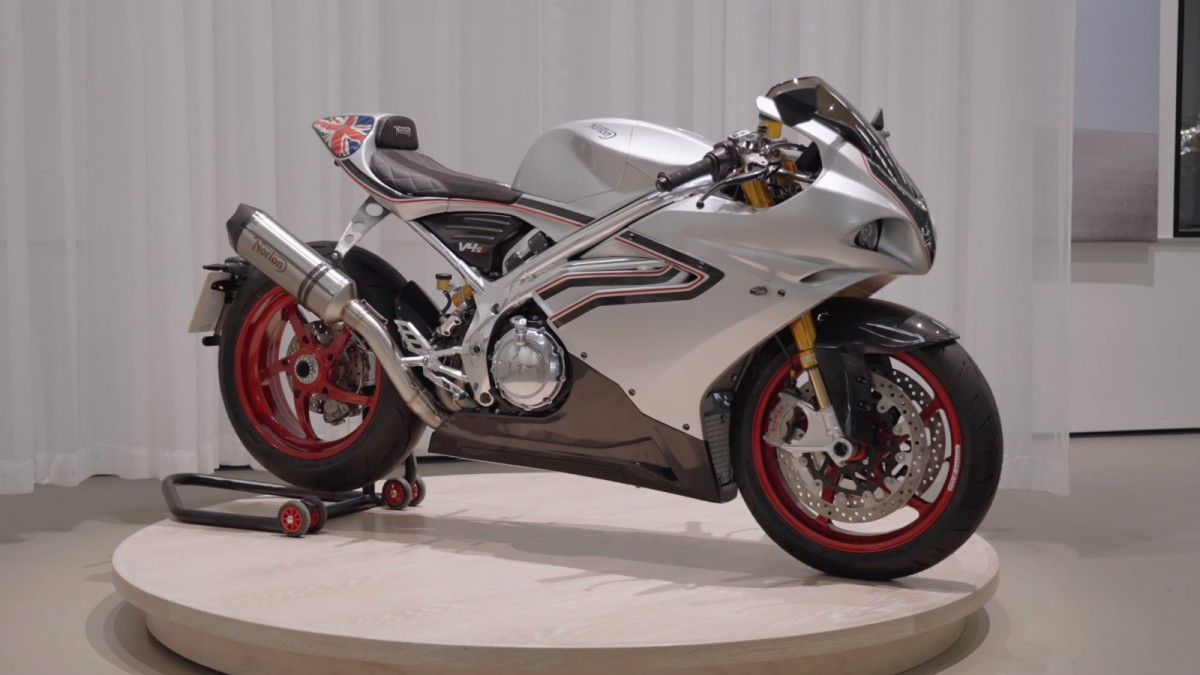 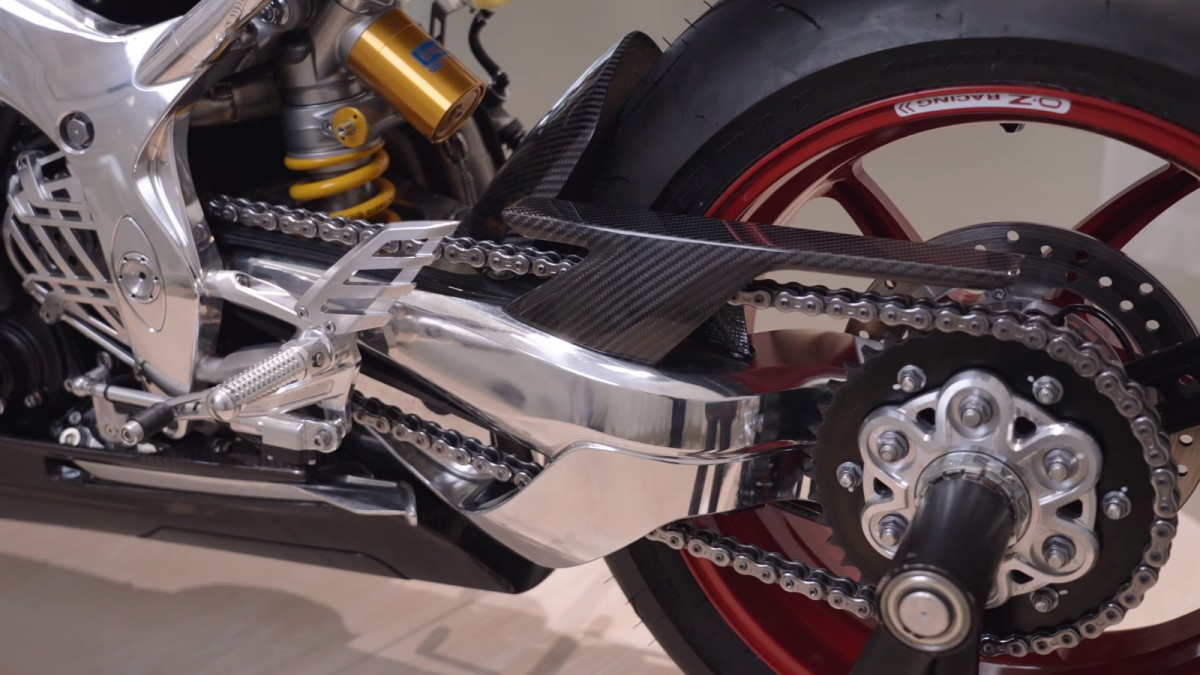 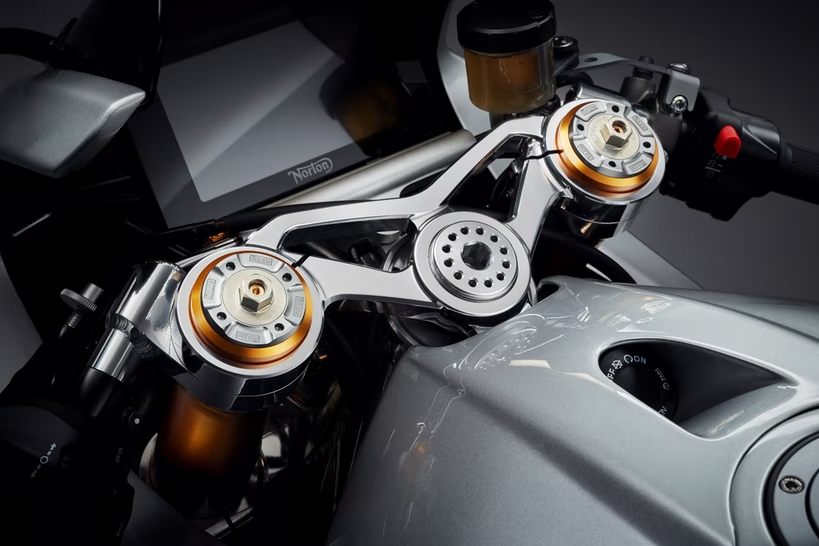 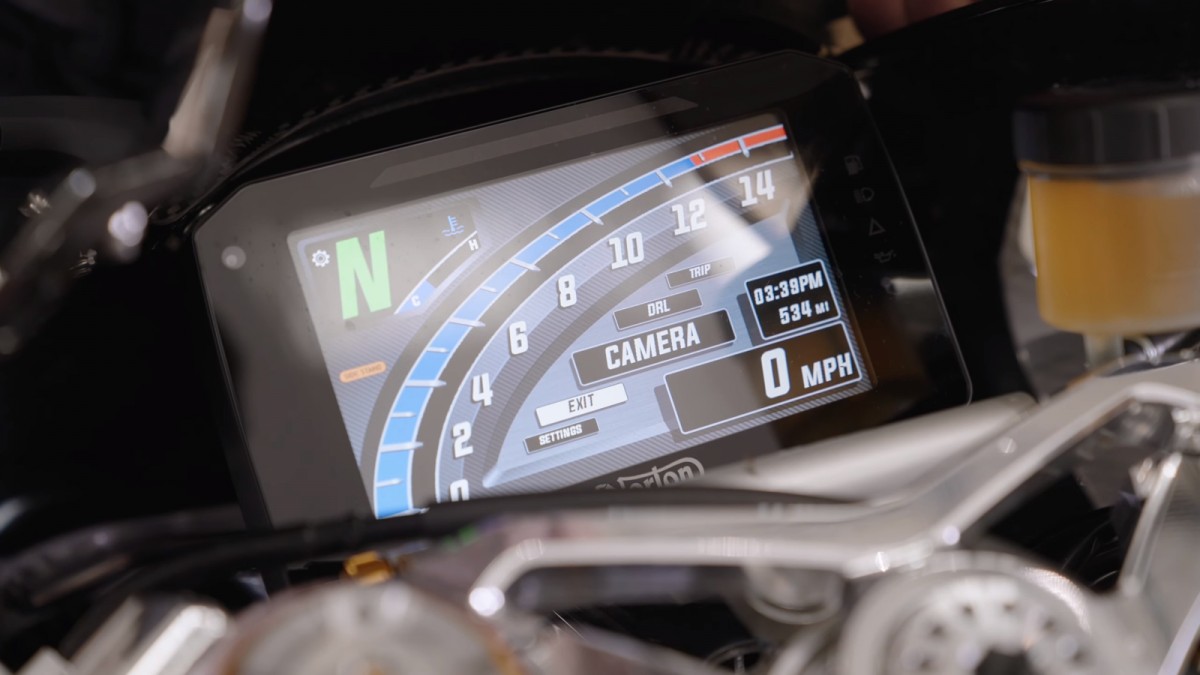 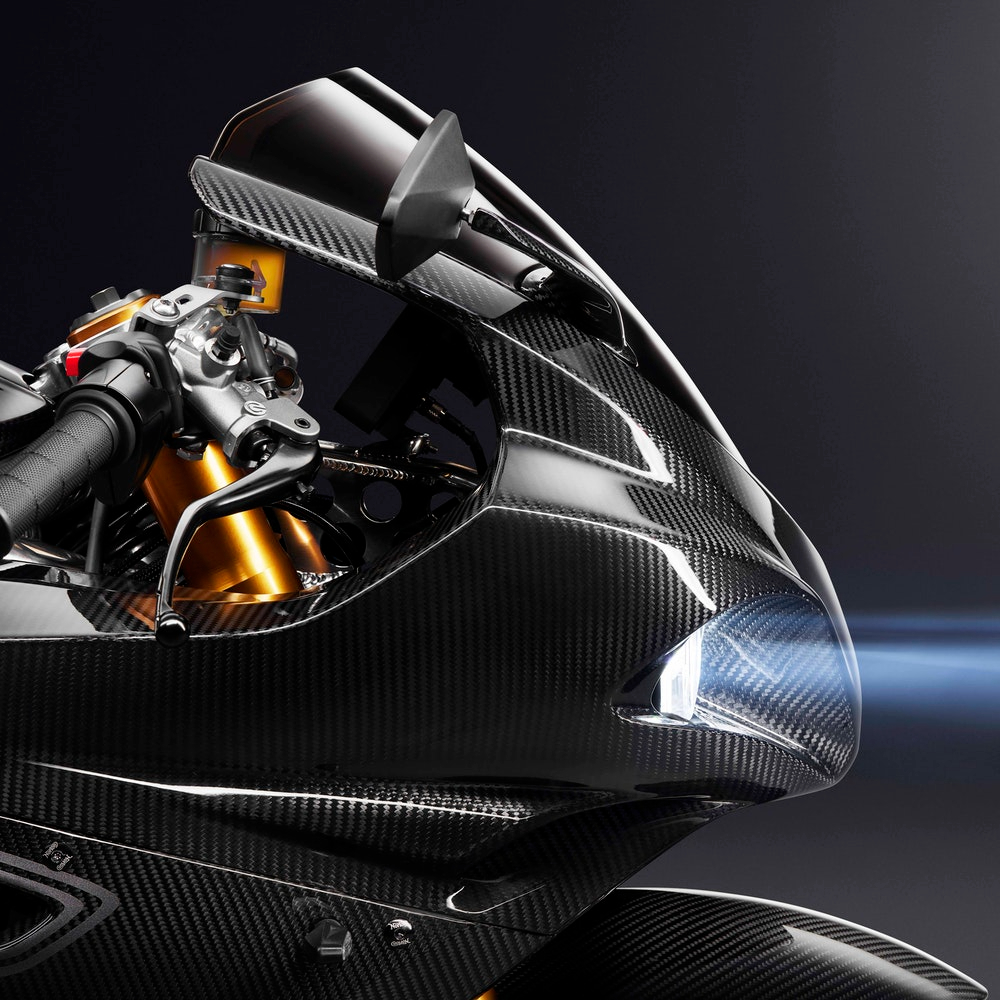 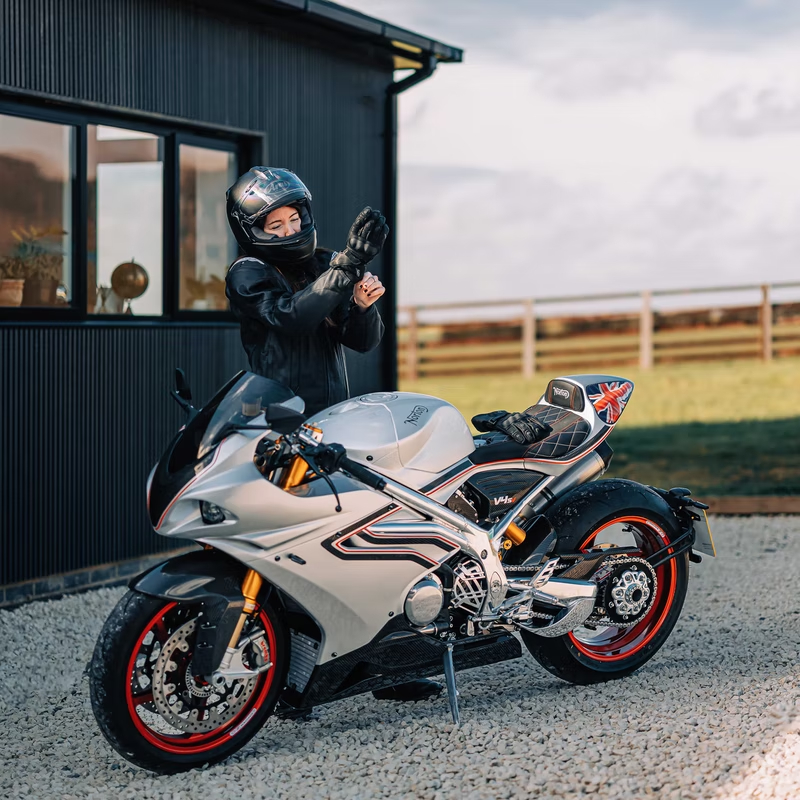 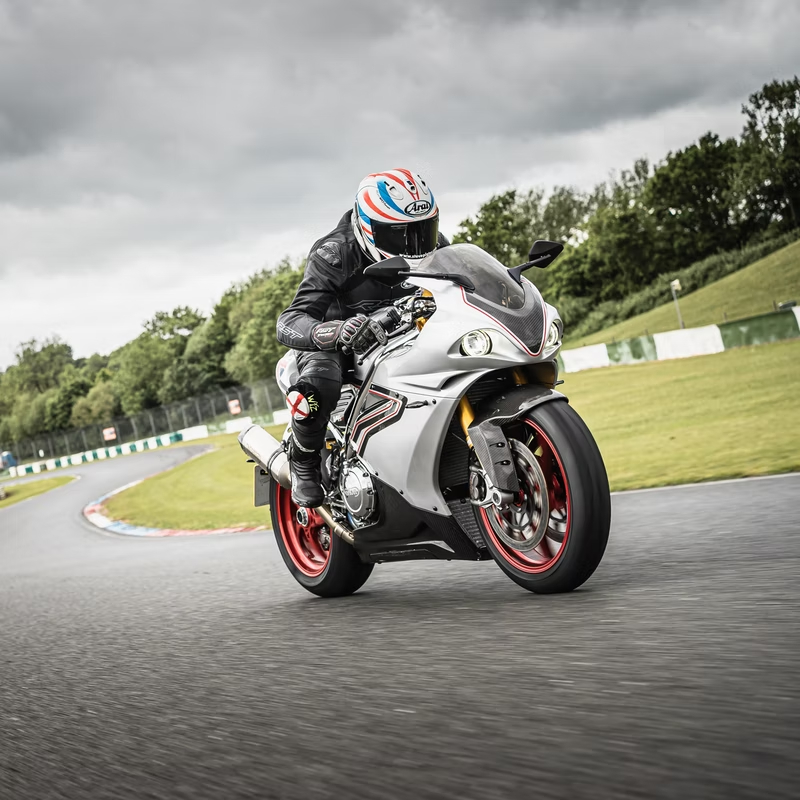 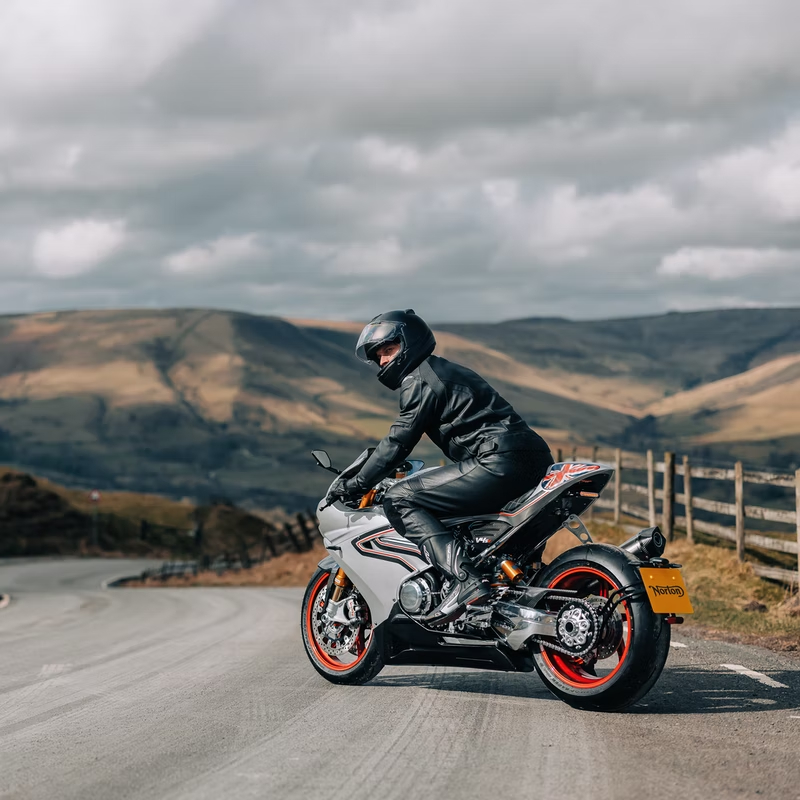