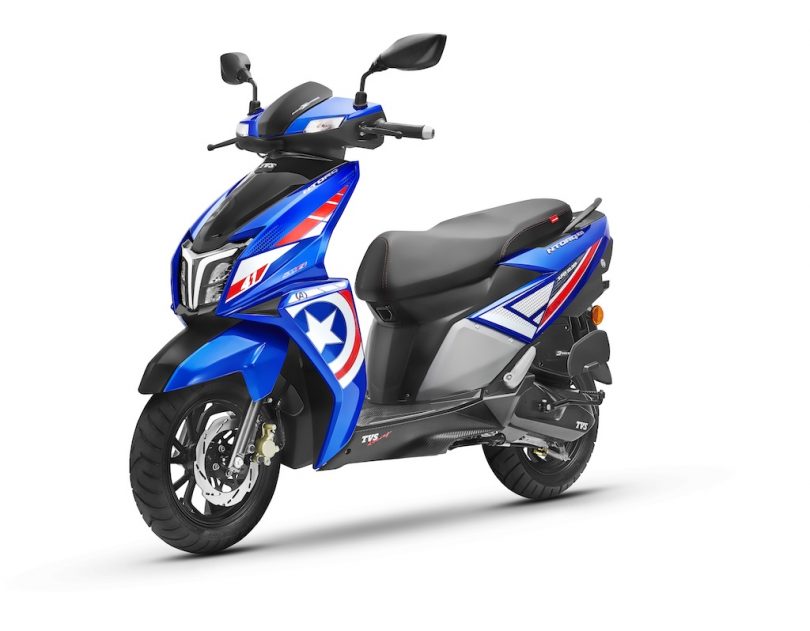 TVS Motor Company has collaborated with Disney India’s consumer products business and launched the TVS NTORQ 125 SuperSquad Edition in the Indian market at the price of INR 77,865 ex-showroom, Delhi. The new edition scooter draws its styling inspiration from the iconic Marvel Super Heroes – the Marvel’s Avengers. The scooter was launched back in 2018 and is targeted towards the young Gen-Z audience. With the new Marvel’s Avengers edition the NTorq 125 claims to have set a new benchmark in the Indian two-wheeler industry.

The SuperSquad Edition will include three new offerings – Invincible Red, Stealth Black, and Combat Blue inspired by Iron Man, Black Panther, and Captain America respectively. The brand is using a befitting tagline for the new campaign ‘Play Smart, Play Epic’. The brand has been synonymous with innovation and the NTorq 125 also offers features such as RTFI (Race Tuned Fuel Injection) and smartphone connectivity.

The TVS Connect App of the SuperSquad Edition will also come with customised UI, inspired by the characters. The app opens with the superheroes silhouette and then goes on to the more important elements such as Captian America’s shield, Iron Man’s helmet or Black Panther’s eyes along with the character’s crest. The crafted Application completes the SuperSquad Edition.

The TVS NTorq remains mechanically unchanged and is powered by a BS6 emissions-compliant 124.8cc, single-cylinder, 4-stroke, 3-valve, air-cooled SOHC engine with RTFI technology producing 9.25 BHP of power and 10.5 Nm of torque coupled to an automatic CVT-i transmission that can propel the scooter to a claimed top speed of 95 kmph. 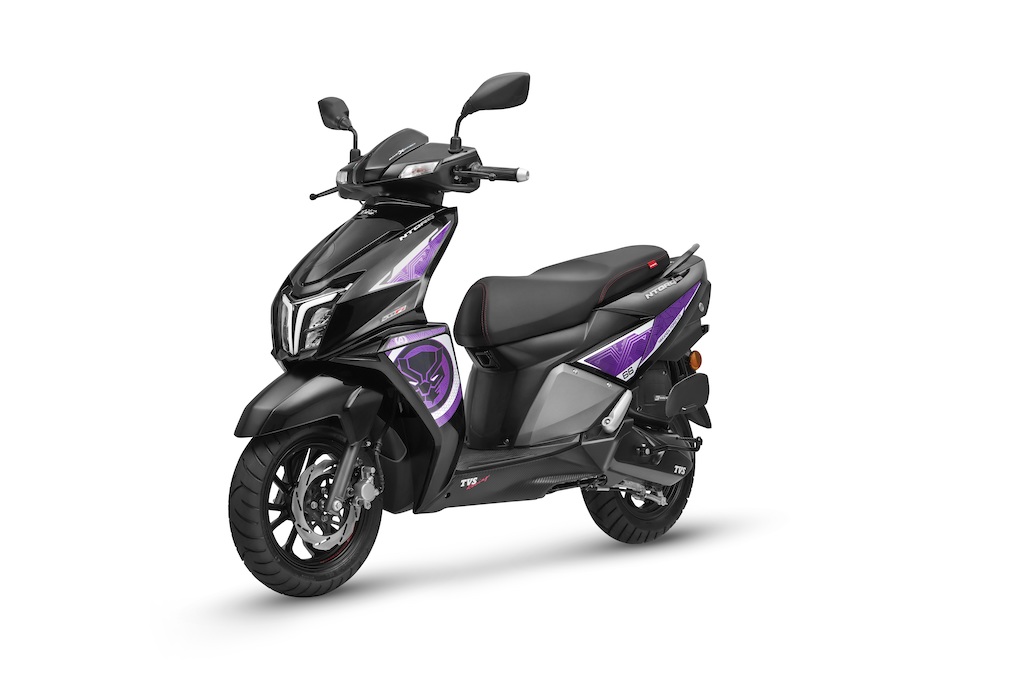 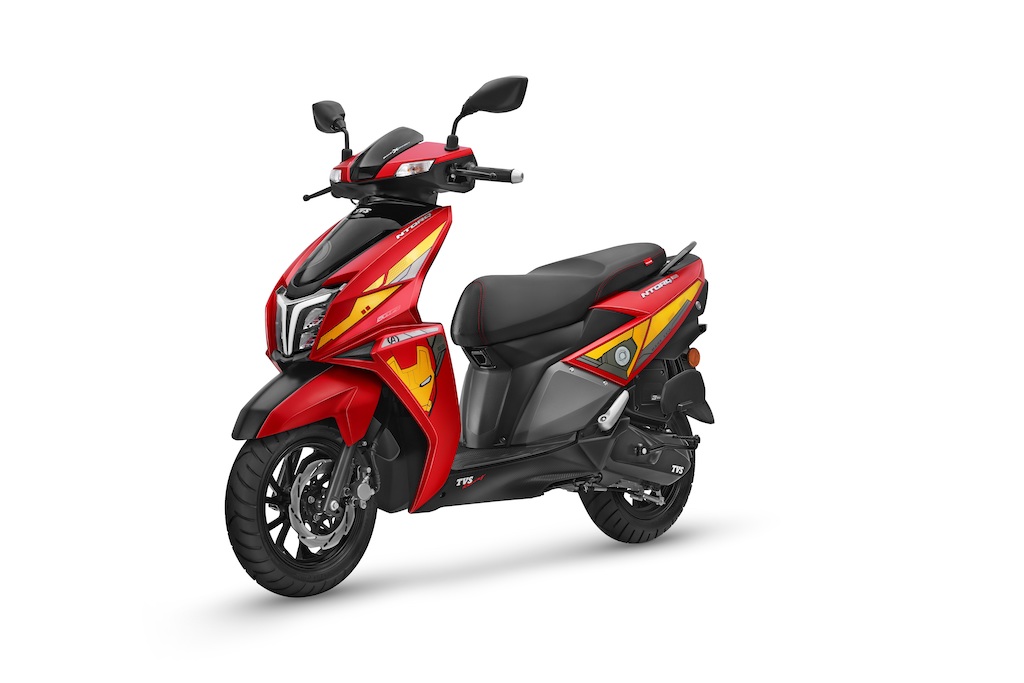