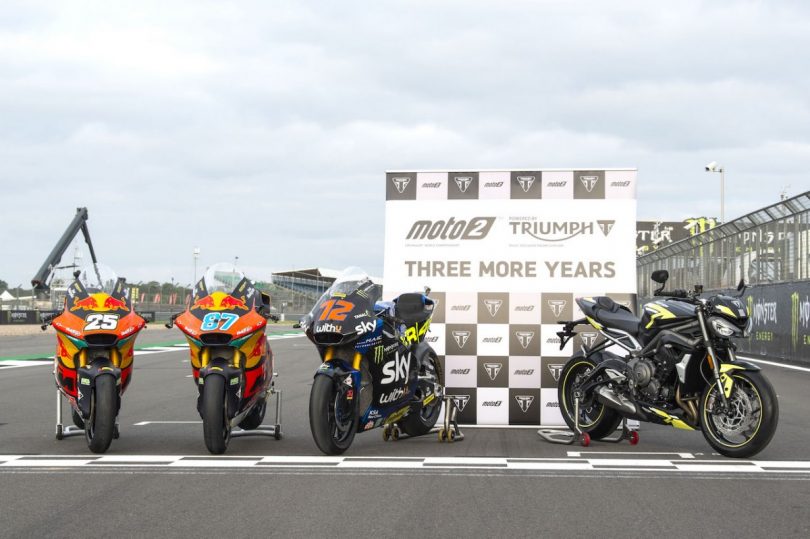 Triumph has announced that the brand will power Moto2 for another three years. The iconic British brand will continue to be the Exclusive Engine Supplier to the FIM Moto2 World Championship for three seasons through 2022-2024. Triumph will continue to provide the renowned 765cc triple powerplants to all teams. The brand has provided all the teams with the race-tuned engine since the start of the 2019 season.

Triumph has specially tuned the potent 765cc triple-cylinder powertrain to produce an output of more than 140 PS of power. The power is 17% higher than what develops on the production engine. The brand has made developments in the intake department and exhaust to allow the racing engine to breathe freely. The engine is also tuned to rev harder than the production engine and sustain those high revolutions.

With the new 765 Triple Engine, the Moto2 class has come closer to the MotoGP as the new engine series offers more power and torque, along with a more advanced electronics package. The Triple Powerplants provide a more relevant training and development ground for the riders to advance onto MotoGP. But at the same time, the engine package enhances the overall racing in its own right.

Since Triumph’s Triple engine entry, Moto2 graduates have finished with flying colours in the MotoGP. For example, Alex Marquez took a couple of second places in 2020 in the premier class, with Brad Binder leading with the victory flag. Jorge Martin also took his first Moto2 victory in 2020 and graduated to MotoGP with a maiden win the following year and a further two podiums in 2021.

The new Moto2 machines are seen as record setters since they made their debut in 2019. The Triple Powerplants have redefined the category, and Moto2 has set new records across various categories. Since 2019, Moto2 riders have set lap records at 34 events, with records set a broken year after year. For example, the Triple engine set the first-ever 300kmph+ top speed record at Philips Island, Australia. The record stands at 301.8kmph, a top speed record for a Moto2 machine. 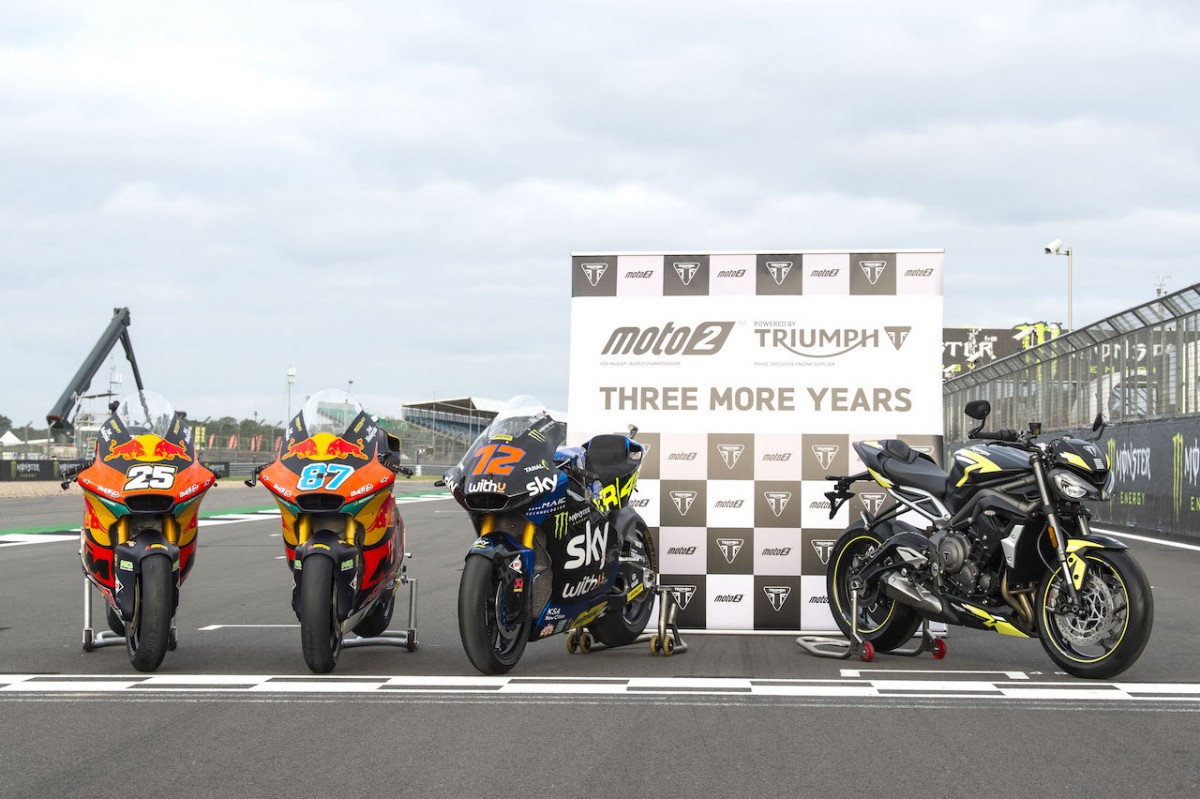 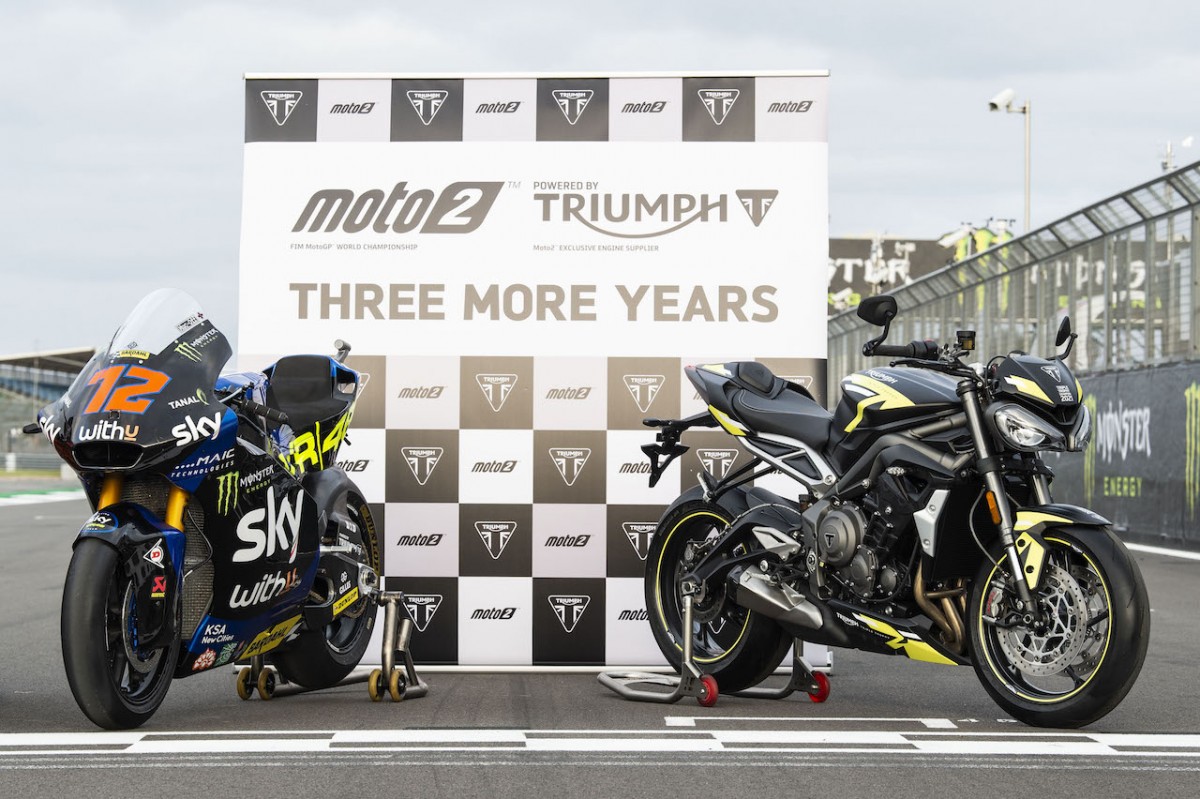 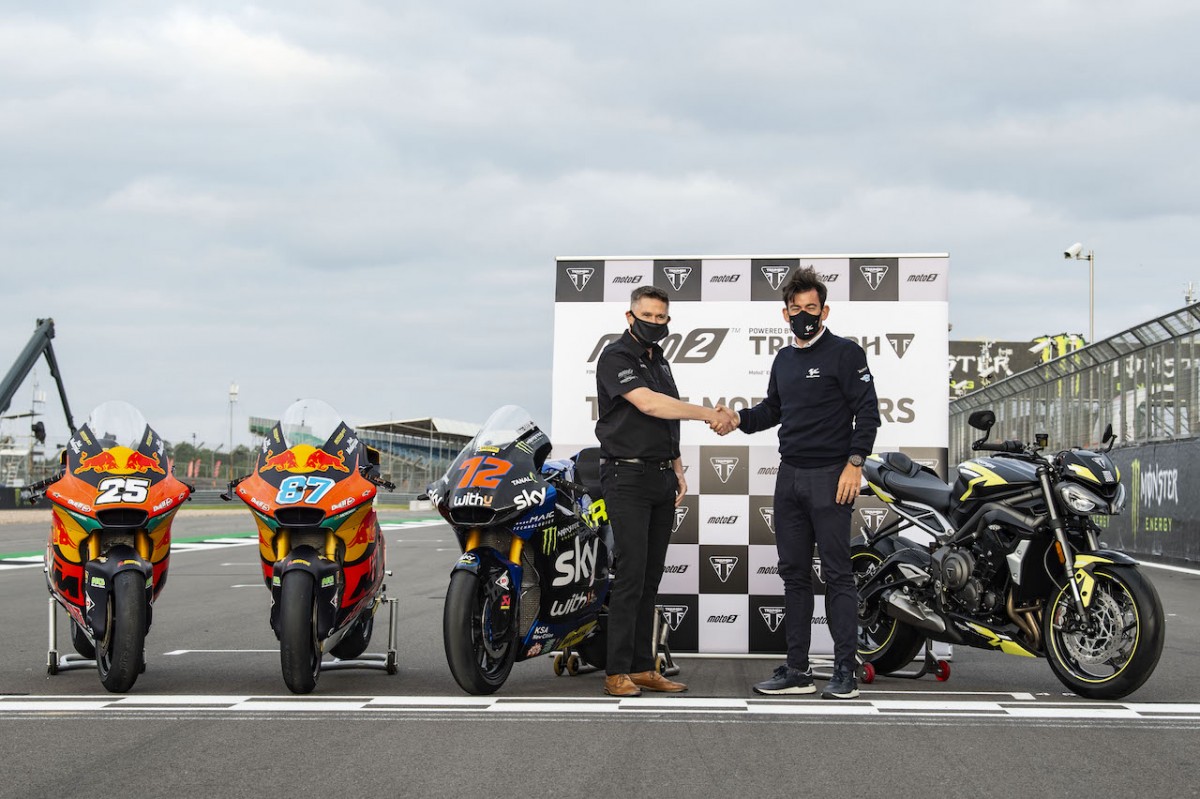 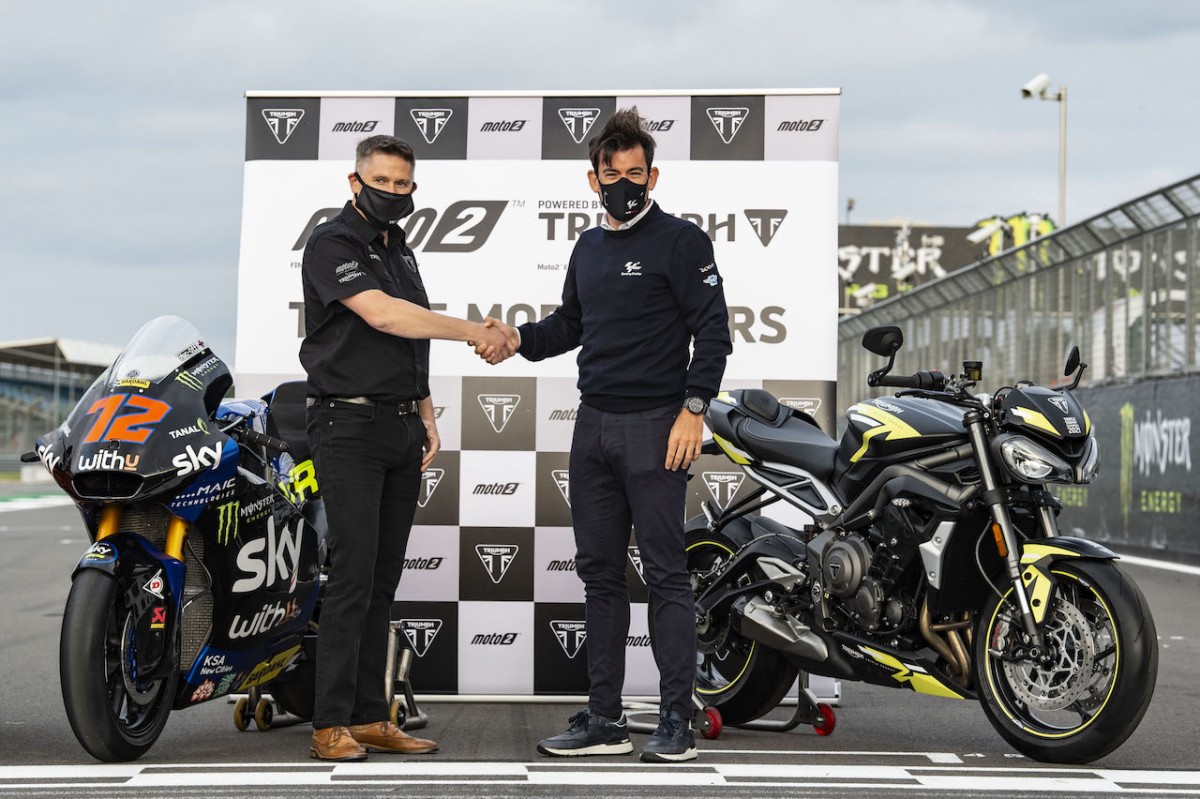 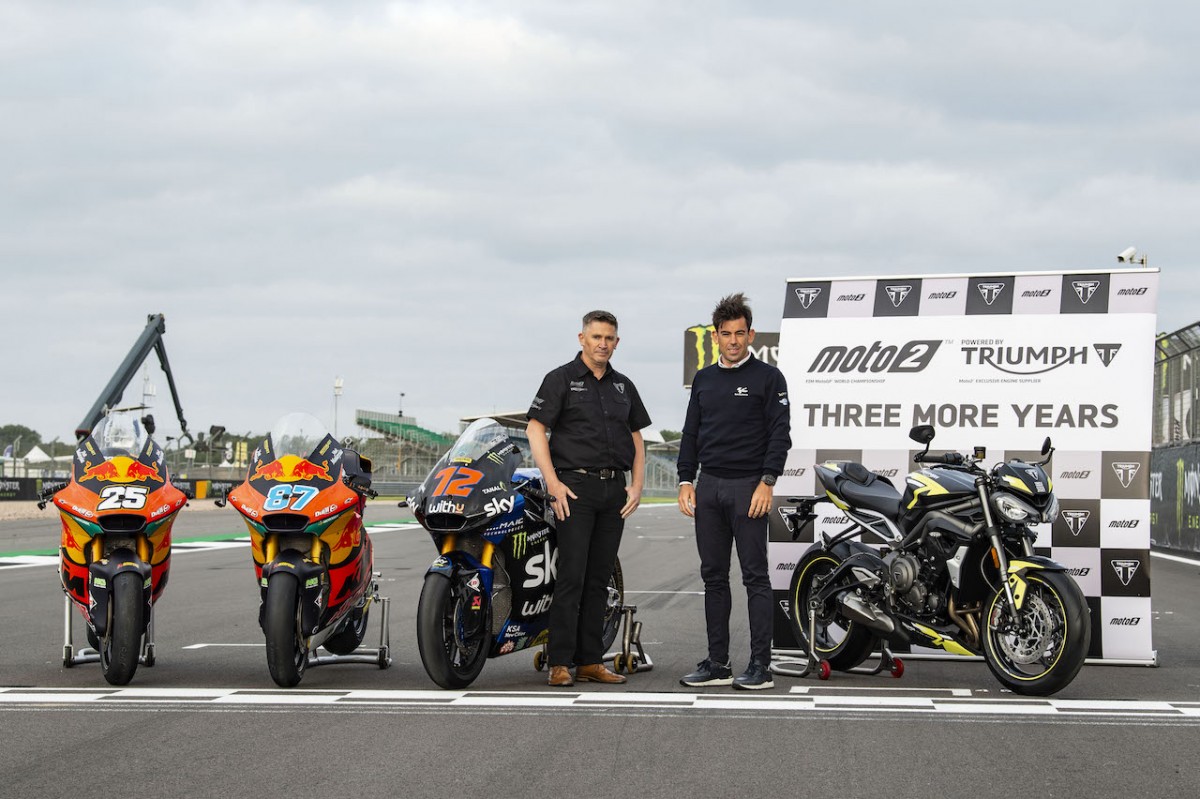 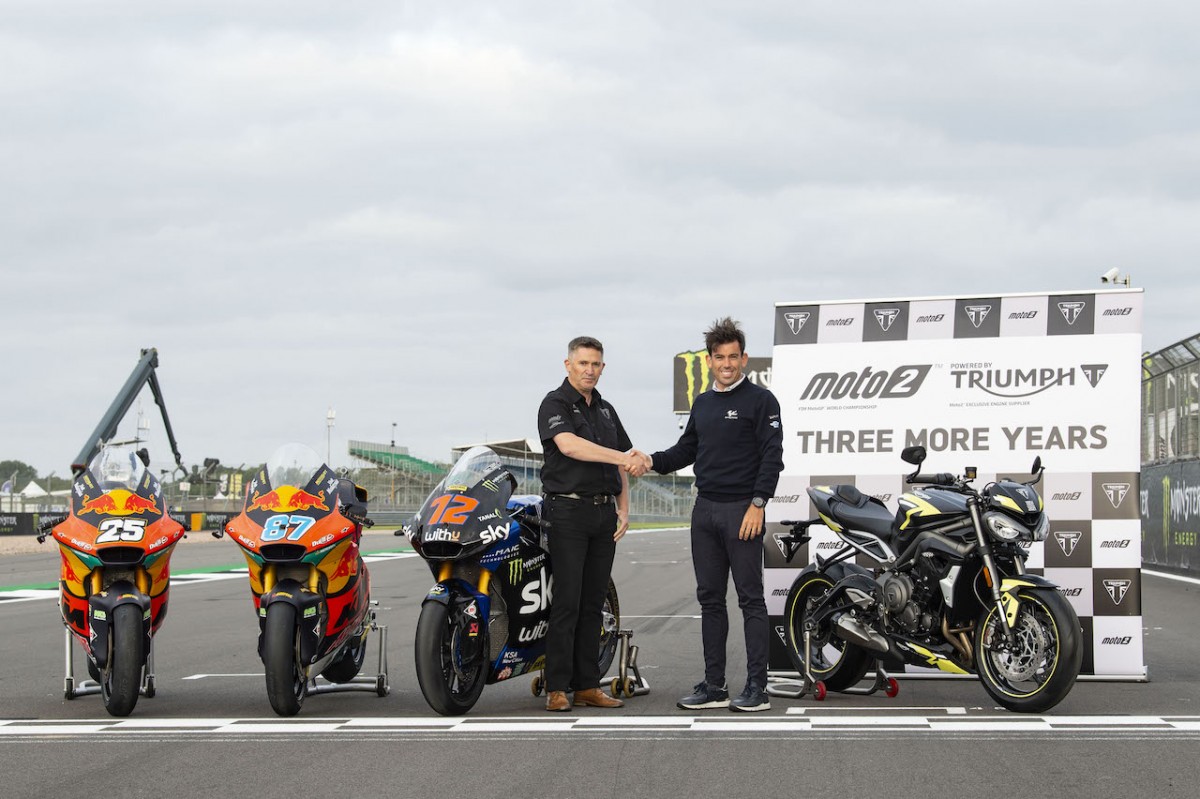 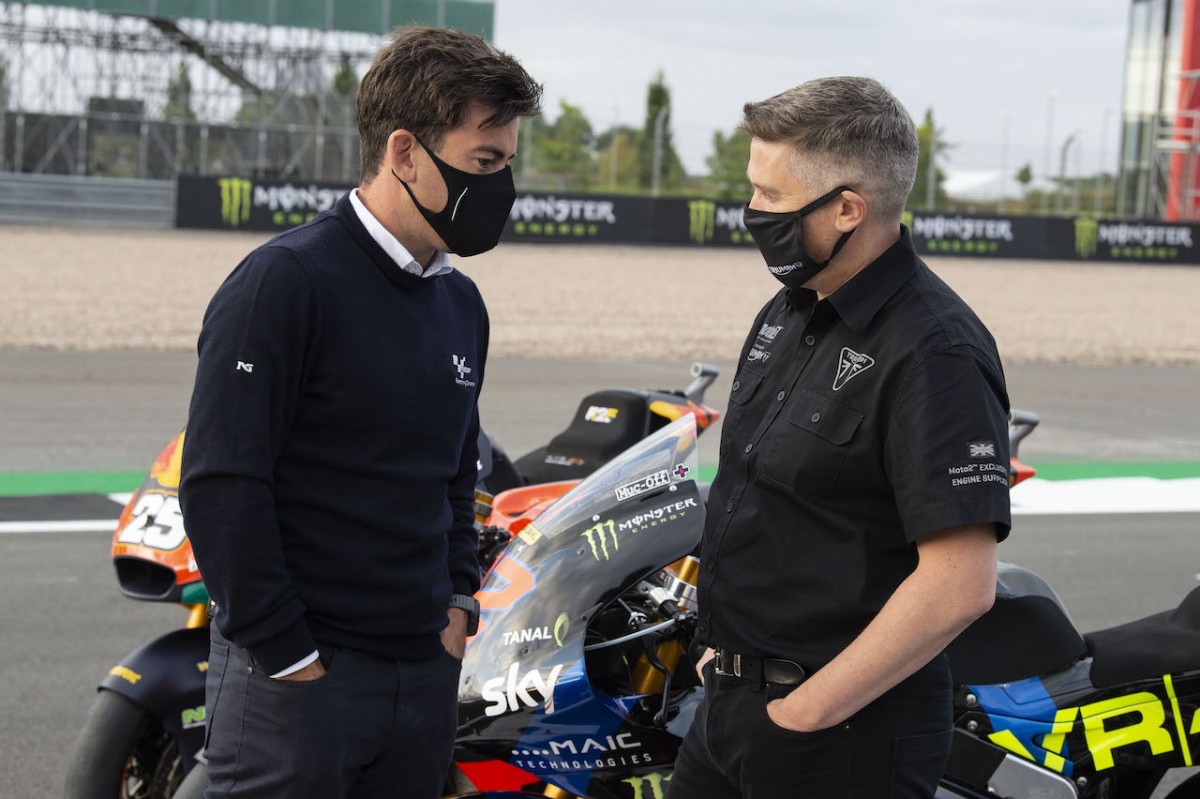 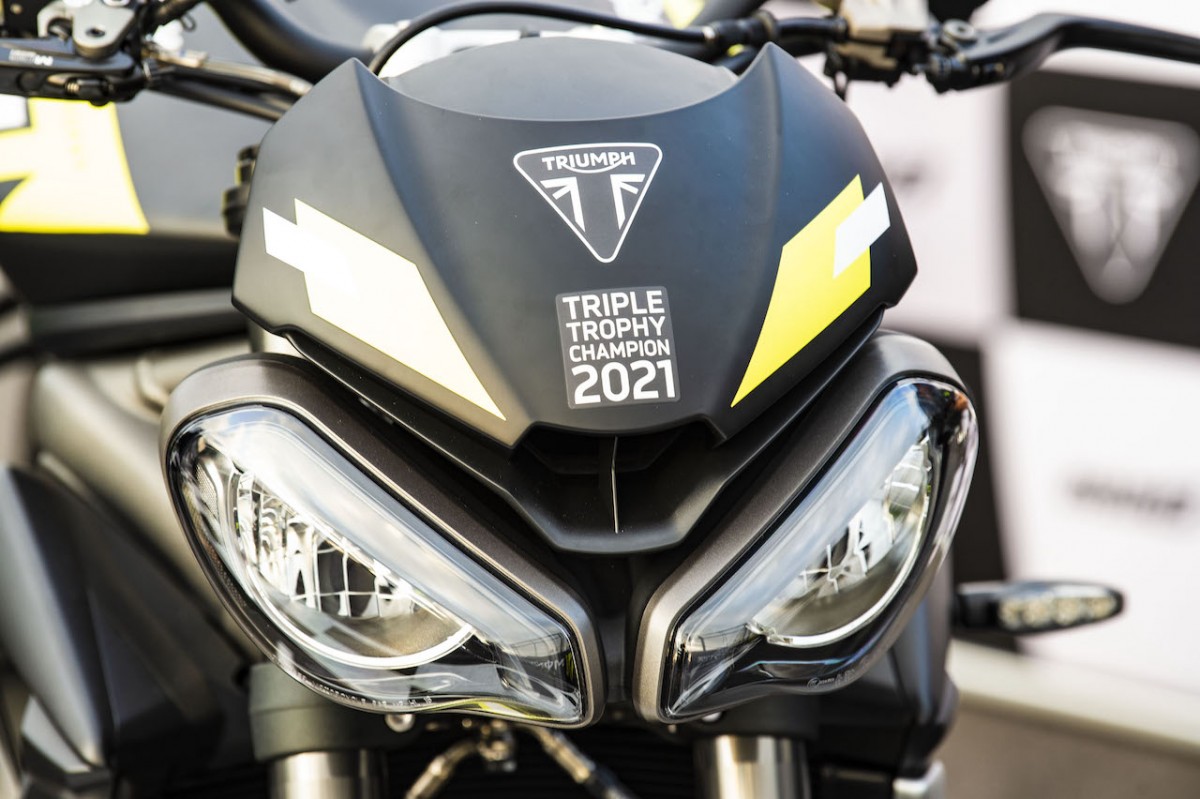 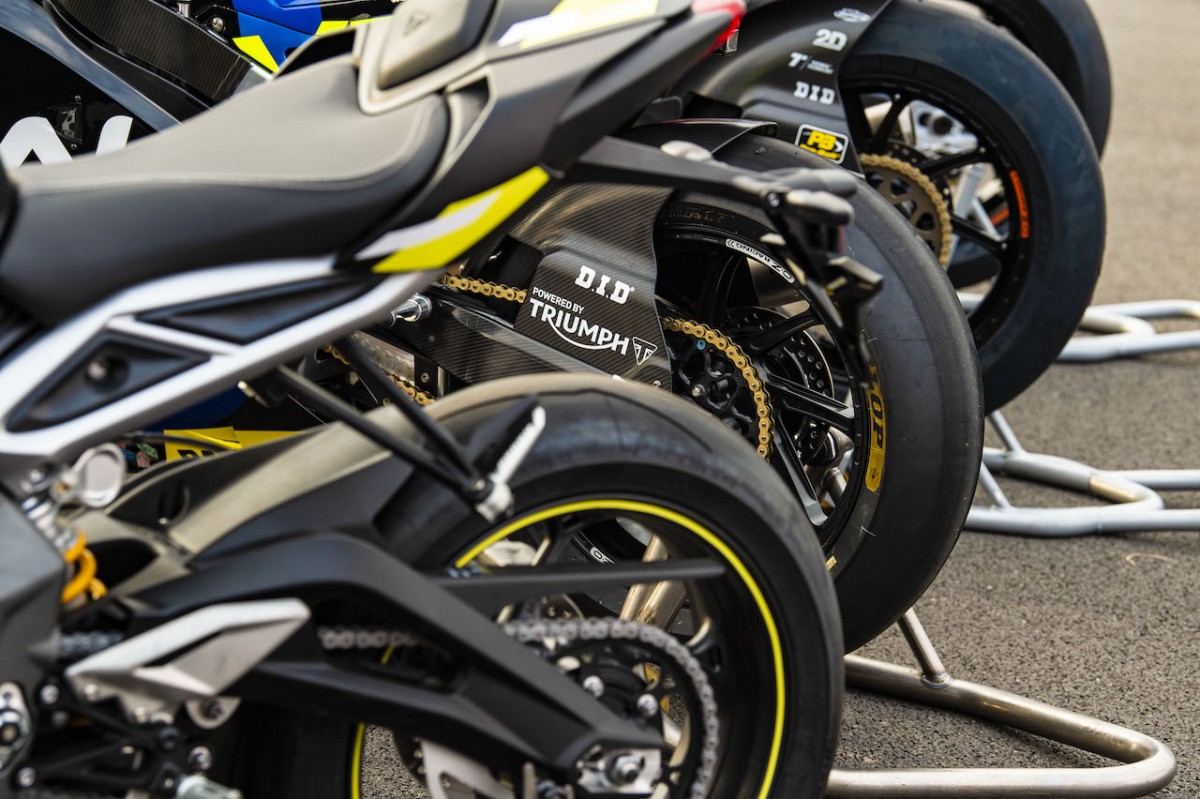 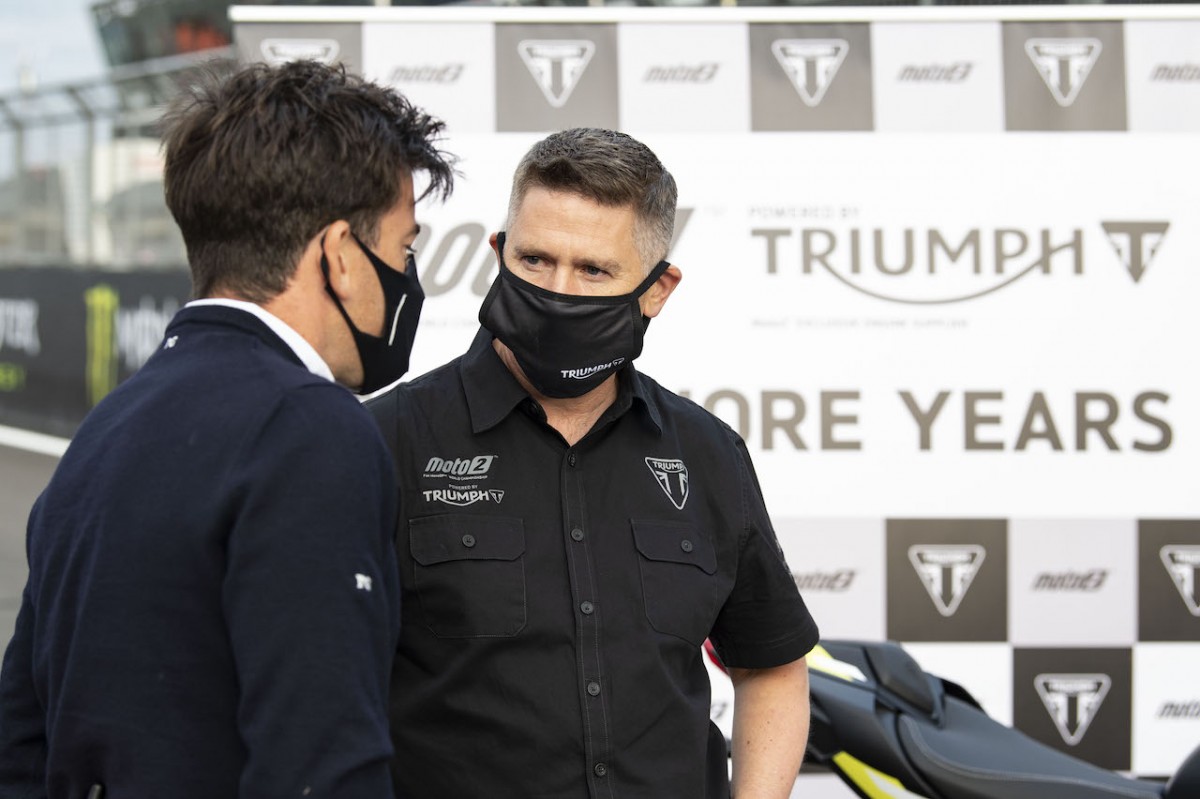