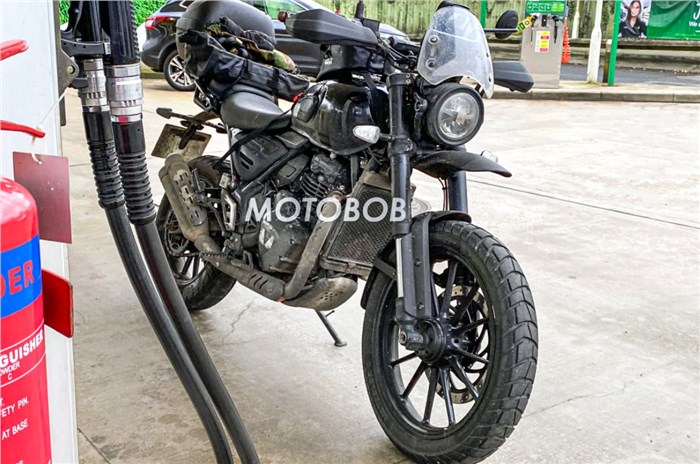 British motorcycle manufacturer Triumph and Indian two-wheeler manufacturer Bajaj will introduce two new motorcycles based on their new partnership. Sources released fresh new images of the bikes being tested overseas, which showcase their two different design formats. The images showcase that one bike sports a standard naked style whereas the other sports a scrambler style. Reports also suggest that the two companies may launch even more iterations of this platform in the future.

From the images, both bikes showcase Triumph’s signature design cues thanks to the rounded fuel-tank, LED headlamp, and knee recesses. With the round LED headlamp resembling Triumph’s modern classic range, the bikes also sport a large rectangular digital display. Meanwhile, the naked street bike version showcases a single-seat design, whereas the scrambler variant sports a split seating set-up. The scrambler version of the bike also sports handguards, a handlebar brace, a windscreen, and a luggage rack.

From the released images, both bikes seem to use a single-cylinder engine with triangular-shaped engine cases that resemble bigger Bonnevilles. Upon closer inspection, the motor showcases aesthetic cooling fins with a large radiator at the front that signifies liquid cooling. The engine also seems to sport a 4-valve, DOHC layout with the scrambler and street versions using different exhaust designs. However, the size of the engines is unclear from the images and may range from 200-250cc or 350-400cc.

One of the more interesting aspects of the motorcycles is the chain being situated on the right side, unlike KTMs. It’s also likely that Triumph and Bajaj may introduce the engines in different sizes with its cost-effective, variable valve actuation concept. The two bikes seem to use a tubular steel frame with bolt-on rear subframes and USD front forks. The bikes also showcase a rear monoshock suspension along with a single front brake disc with a 4-piston, radially-mounted calliper.

Triumph and Bajaj announced their partnership to produce and develop entry-level motorcycles for the Indian market in 2020. The two companies also announced that the motorcycles would start from under INR 2 lakh (ex-showroom) back in 2020. However, the unforeseen pandemic, global shortage of semiconductor chips, increased costs of raw materials and transportation, caused an inevitable delay. Both companies state that they will take their time in perfecting the two bikes before deciding to launch them in 2023. 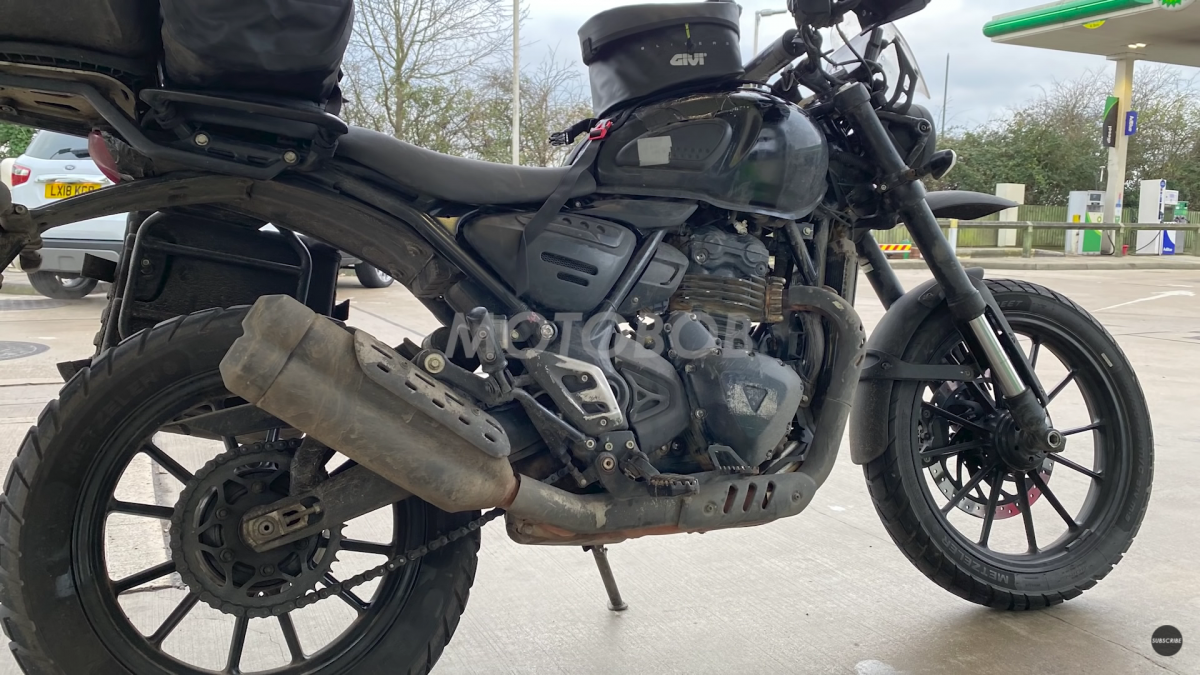