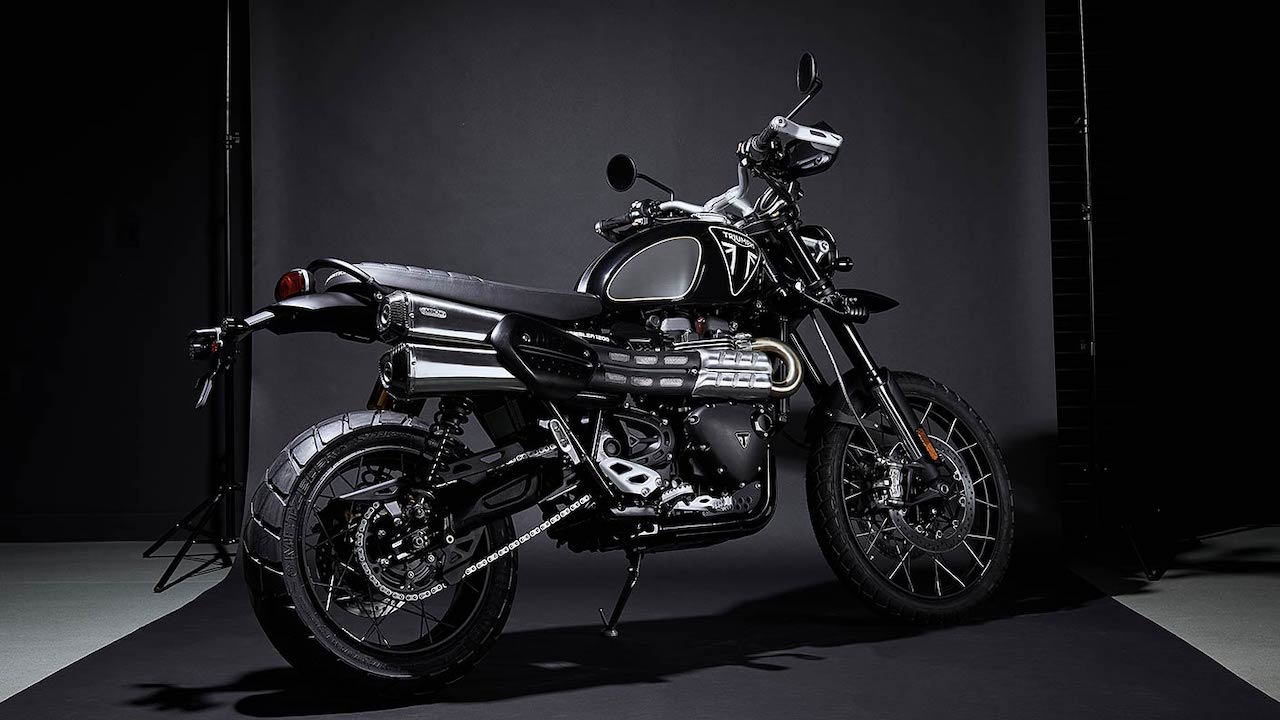 James Bond has left active service and is now retired in Jamaica but his old friend from the CIA turns up asking him for help. The mission to rescue a kidnapped scientist leads Bond into a treacherous situation and onto a trail of a mysterious villain armed with dangerous new technology. Yes, the 007 Bond franchise is coming back with a new film, “No Time to Die”, due to be released in November 2020, but iconic British motorcycling brand Triumph has launched the first-ever official ‘007’ motorcycle, the new Scrambler 1200 Bond Edition in a limited production run of 250 examples worldwide at the price of GBP 18,500 OTR.

Aston Martins are cool but combating with villains on motorcycles is way cooler and Triumph makes the new bike come to your garage with added touches that befit a secret agent. The Triumph Scrambler 1200 Bond Edition is based on the Scrambler 1200 XE but features a dark theme with blacked-out parts and premium 007 brandings.

Triumph has used the Sapphire Black paint scheme with a large Triumph badge on the tank and brushed decal on the knee pad along with a hand-drawn coachline in gold around it. The tank also gets a brushed band on the spine along with the offset gas cap finished on brushed silver. The ‘007’ brandings can be seen on the Arrow exhaust with carbon-fibre tips along with ‘007’ engraved heat shield and the covers on the opposite side. The ribbed real leather seats also get ‘Bond Edition’ embroidered on the back, making the bike distinguishable from the rear.

Powering the Scrambler 1200 Bond Edition is a 1200cc parallel twin-cylinder liquid-cooled 8-valve SOHC engine with a 270-degree crank angle and multipoint sequential electronic fuel injection that produces 90 PS of power and 110 Nm of torque paired to a 6-speed transmission with a wet multi-plate clutch.

The engine is wrapped around by a steel tubular chassis with an aluminium cradle that rides on 47mm fully adjustable upside-down Showa forks on the front with 250mm of travel 50mm more than the standard and an Öhlins fully adjustable piggy-back rear suspension unit with 250mm of wheel travel which also provides 50mm more than the standard Scrambler 1200. The Scrambler 1200 Bond Edition comes with a 21-inch front and 17-inch rear laced aluminium rims shod in 90/90 front and 150/70 rear dual-sport tyres. 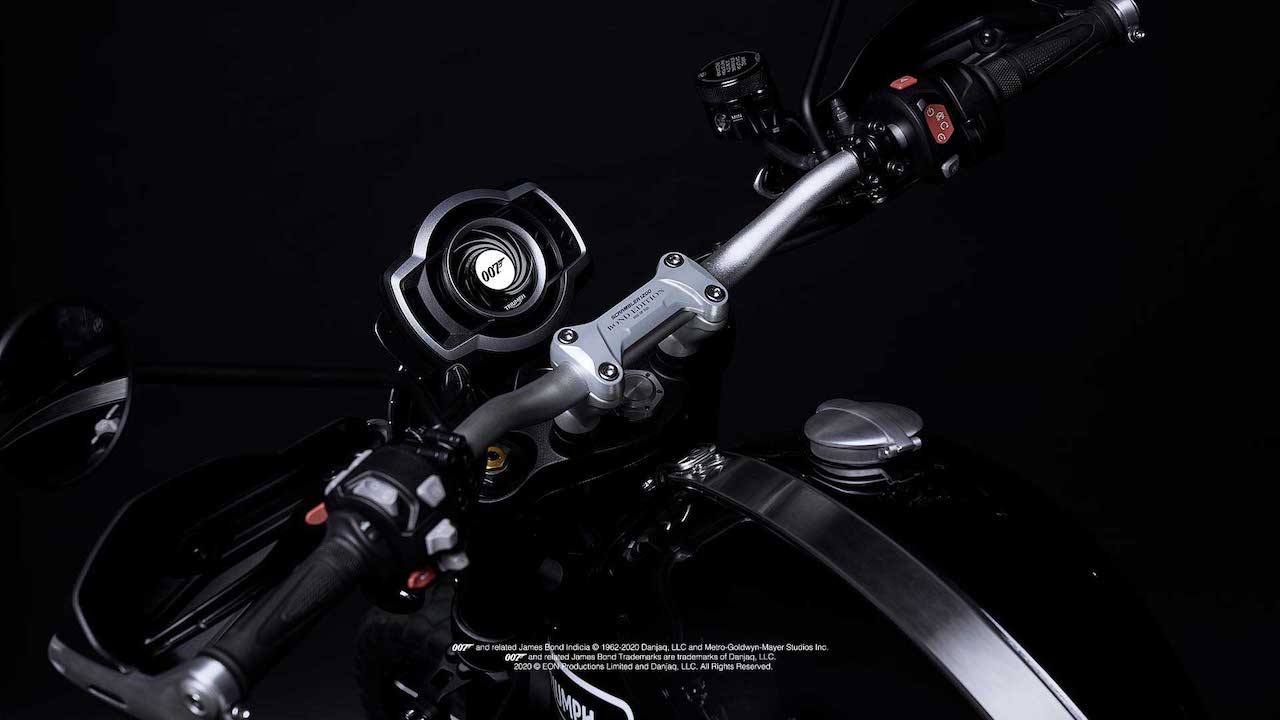 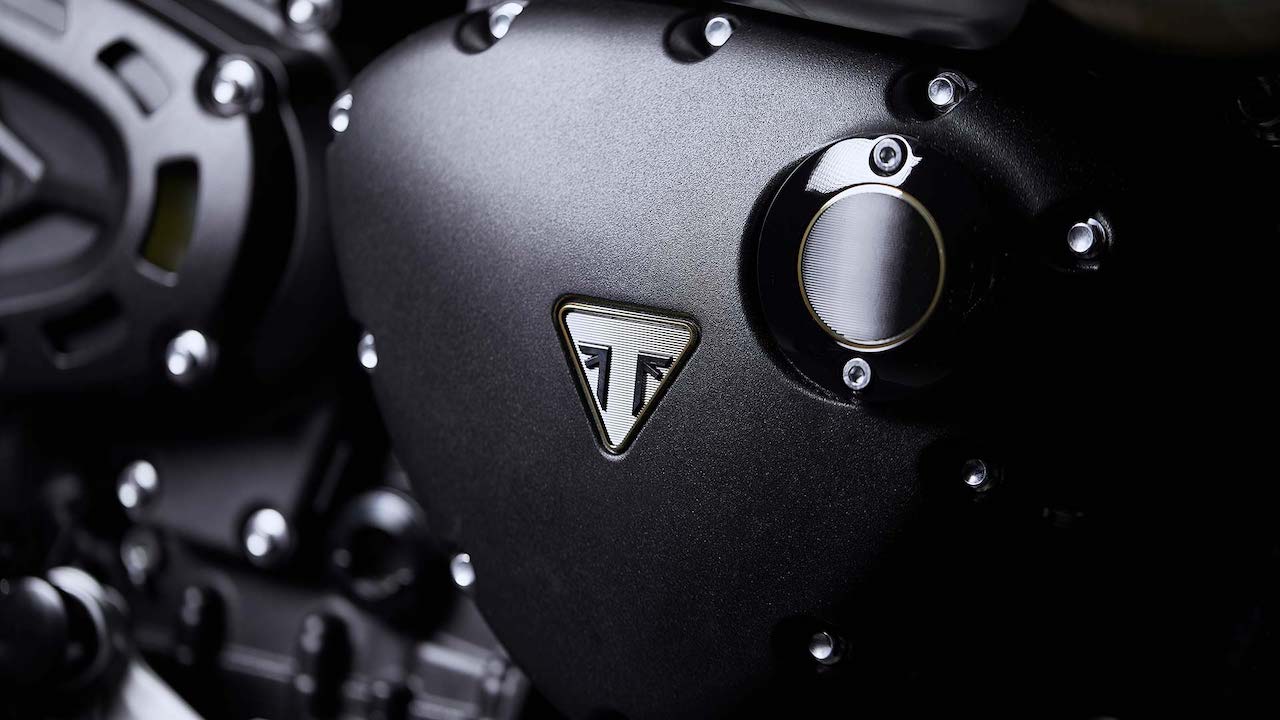 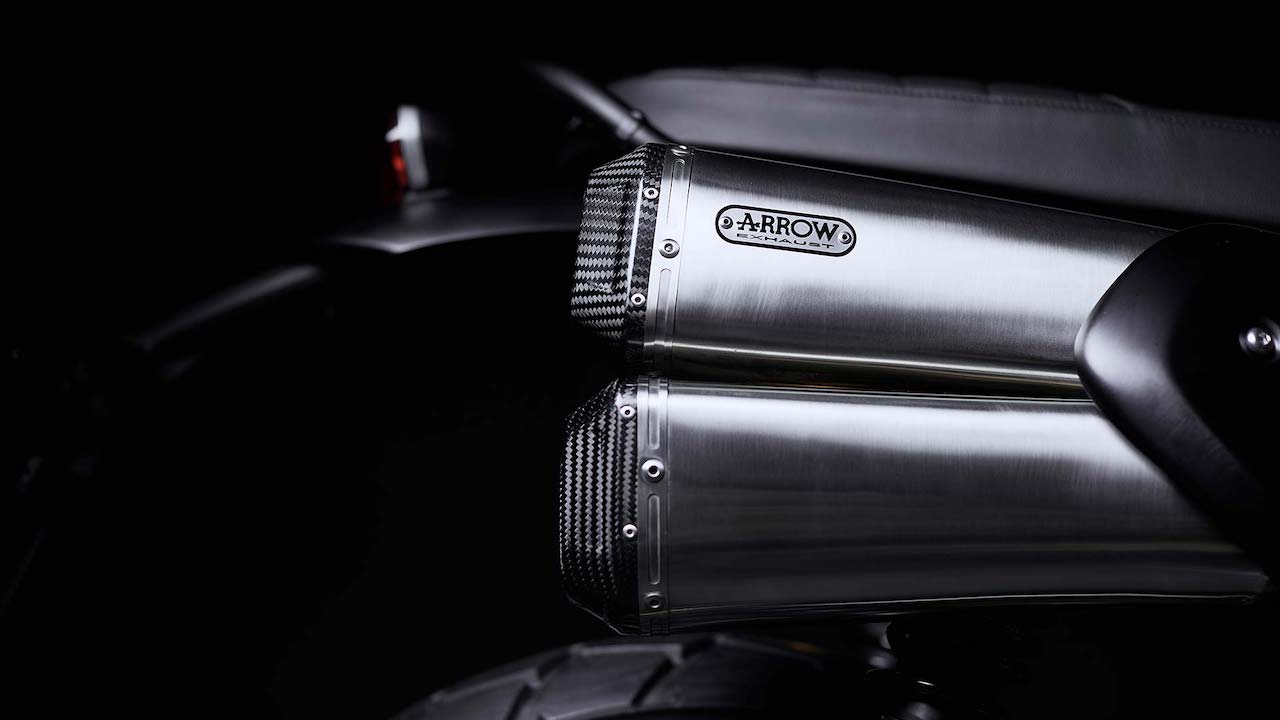 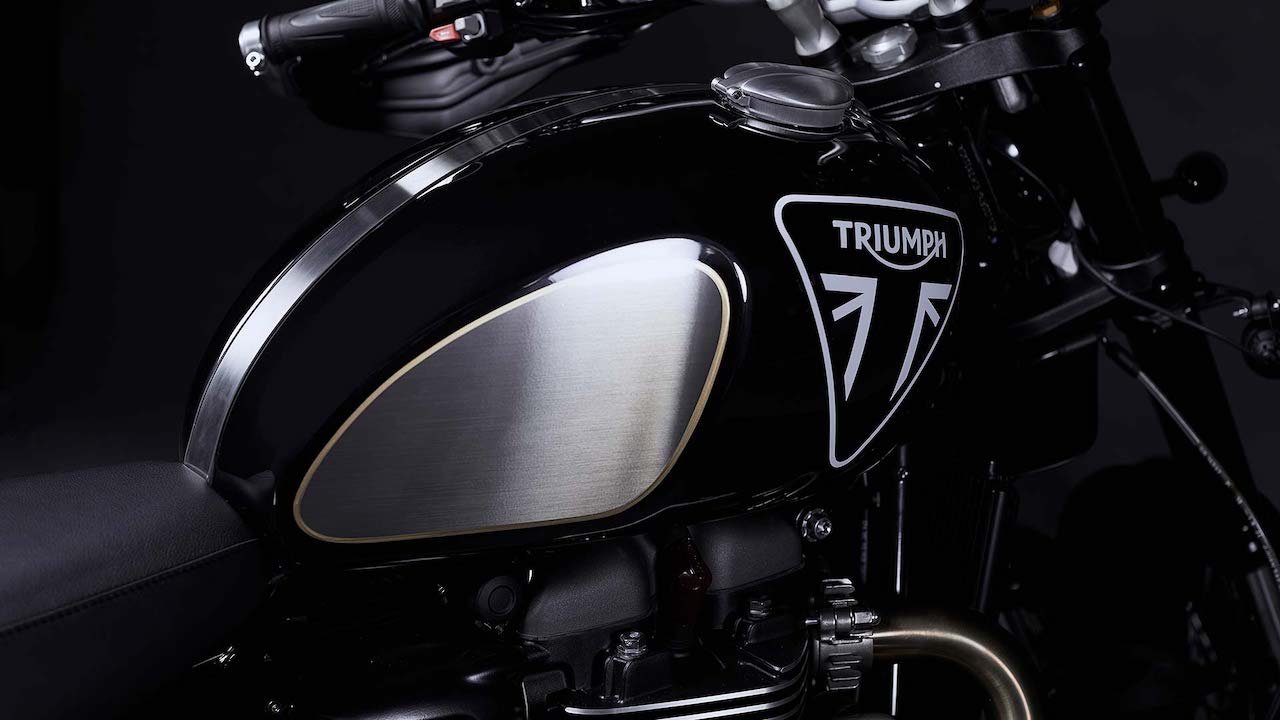 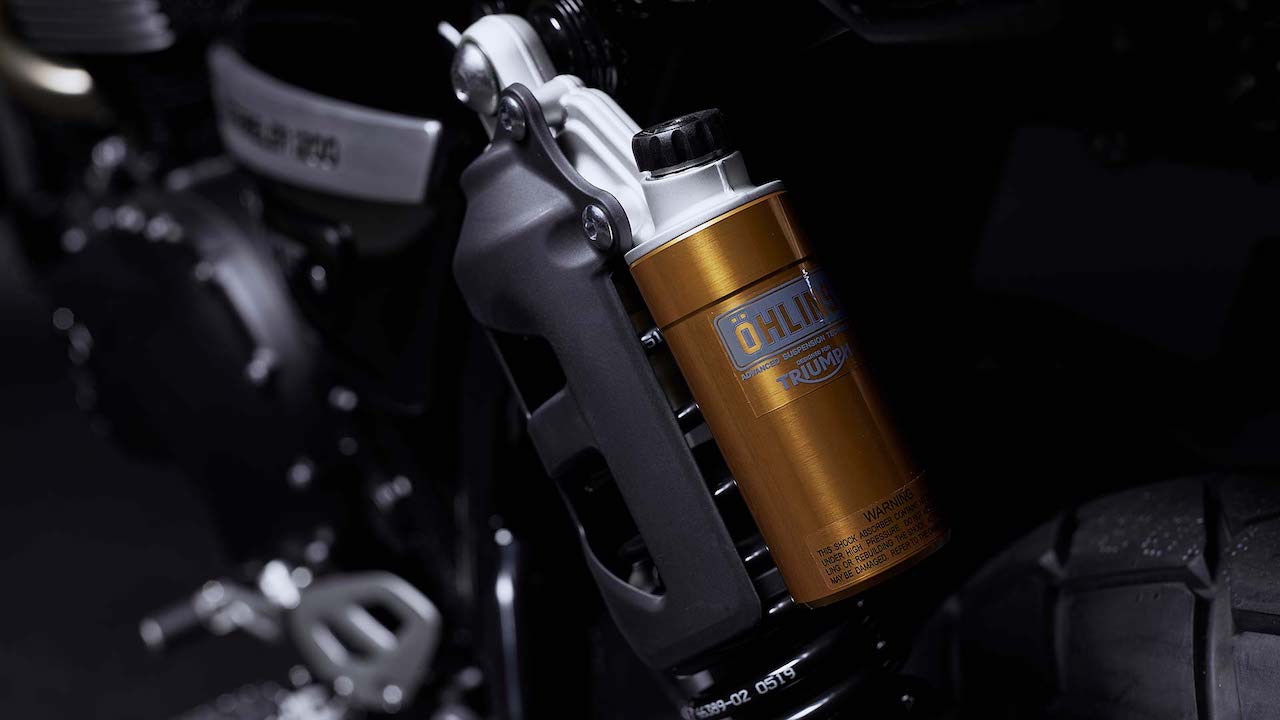