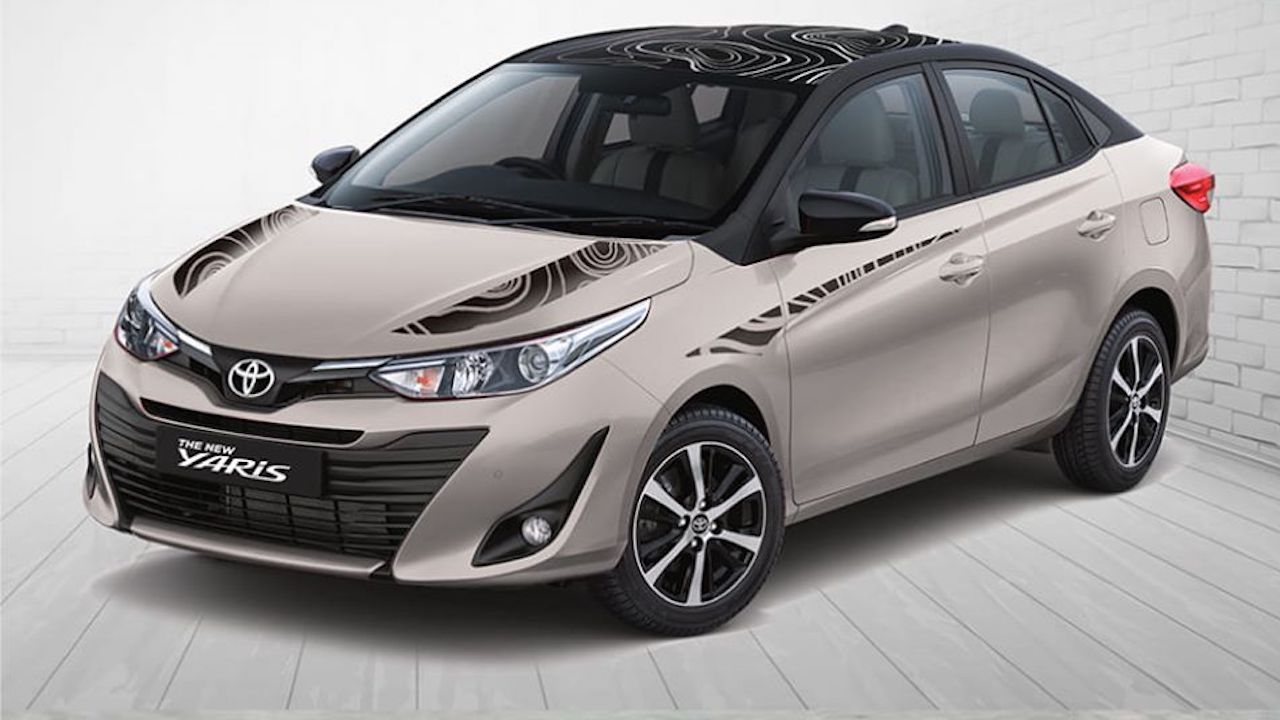 Toyota Kirloskar Motors through its social media platforms have revealed that the brand will be adding new exterior vehicle customisation options with Toyota Car Decals. The new car decals claim to bring back a new car gloss on the vehicle’s exteriors and can be availed using Toyota WhatsApp service through their dedicated WhatsApp number or by downloading the T-Connect app, now available on both Play Store and App Store.

Toyota launched the Yaris sedan back in 2018 and it has not been a much-popular model here in the Indian market and competes with well-established rivals such as the Honda City, the Hyundai Verna, Skoda Rapid, Maruti Suzuki Ciaz and the Volkswagen Vento. The brand could be trying to improve its sales by offering exterior decals for the sedan car.

In related news, Toyota has revealed the Toyota Yaris facelift in the South East Asian market where the brand markets it as the Toyota Vios but the update may not come to the Indian market anytime soon. It is also being speculated that the brand will be offering the Toyota Yaris to fleet operators in the near future. 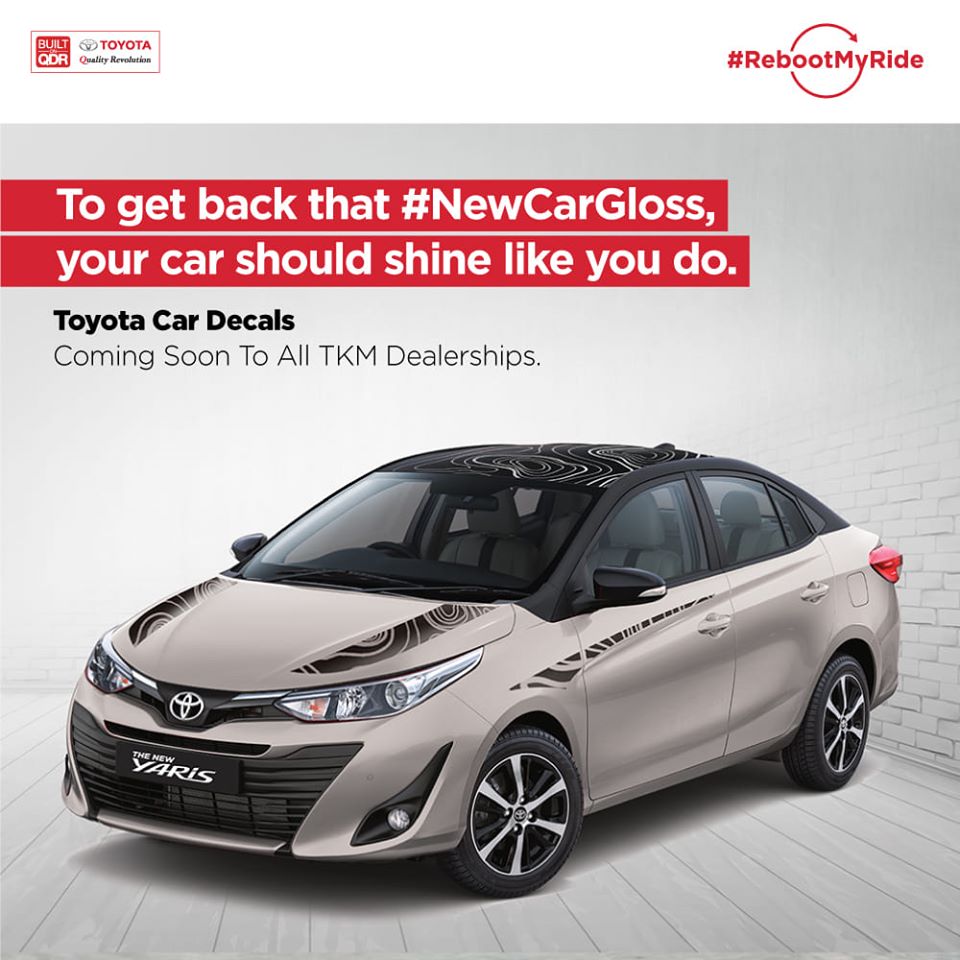