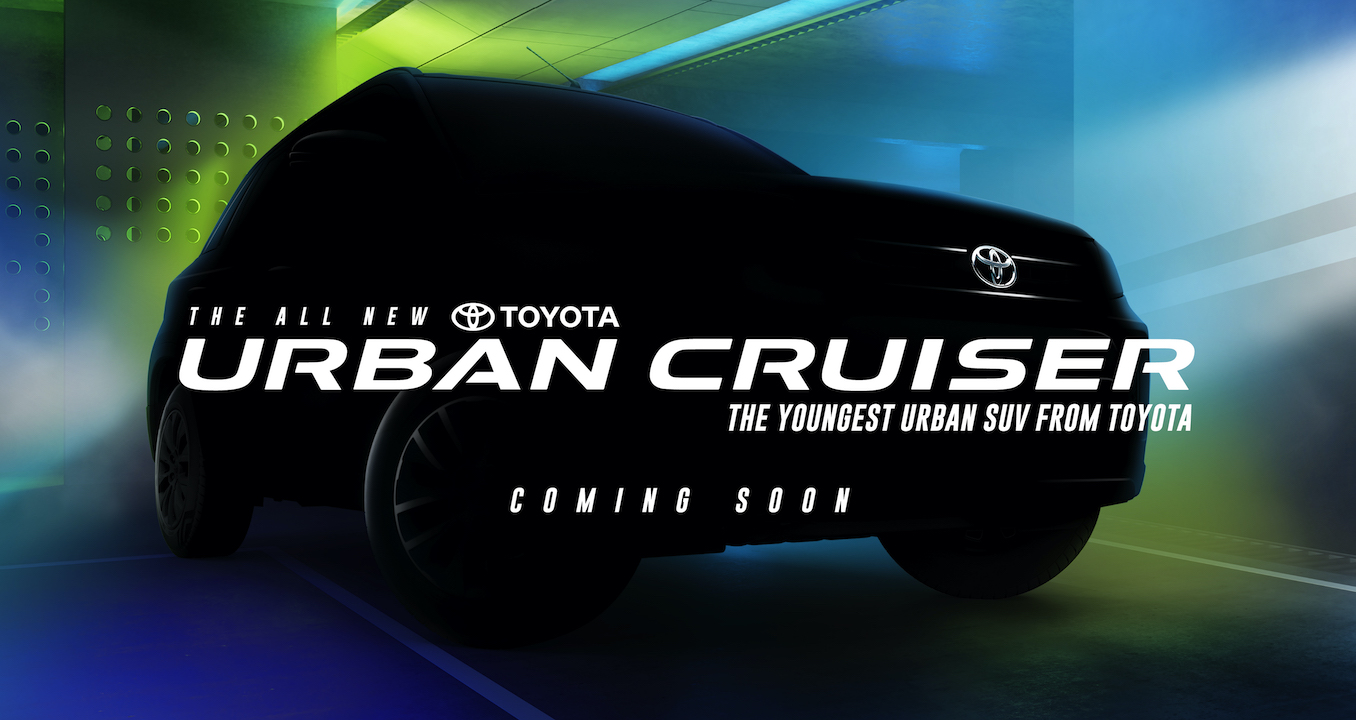 Toyota has revealed a teaser image of the brand’s upcoming compact SUV and confirmed that the Japanese manufacturers first-ever compact SUV in the Indian market will be christened the ‘Urban Cruiser’. The Toyota Urban Cruiser is scheduled for its debut in the festive season before the end of CY 2020.

It is being speculated that the Toyota Urban Cruiser is the Maruti Suzuki Vitara Brezza which is a popular compact SUV in the Maruti Suzuki product portfolio in India. The compact SUV doesn’t boast features such as a 4X4 drivetrain but gets rugged features such as claddings on the bumper, high ground clearance, short overhangs, side claddings etc., but would not do technical terrains or slushy road where a four-wheel drive is required.

Maruti Suzuki in India launched the Vitara Brezza with a BS6 compliant K15B series, 1.5-litre, four-cylinder petrol engine that produces 105 Hp of power and 138 Nm of torque matched to either a 5-speed manual gearbox or a 4-speed automatic transmission. The Maruti Suzuki Vitara Brezza measures 3995 mm in length, 1790 mm in width, 1640 mm in height with a wheelbase of 2500 mm.

The Urban Cruiser badge could have drawn its inspiration from Toyota ‘Land cruiser’ which is one of the greatest names synonymous with luxury offroading. The brand is speculated to launch a ‘Final Edition’ model of the ‘Land Cruiser’ in the BS6 avatar to bid a final goodbye.