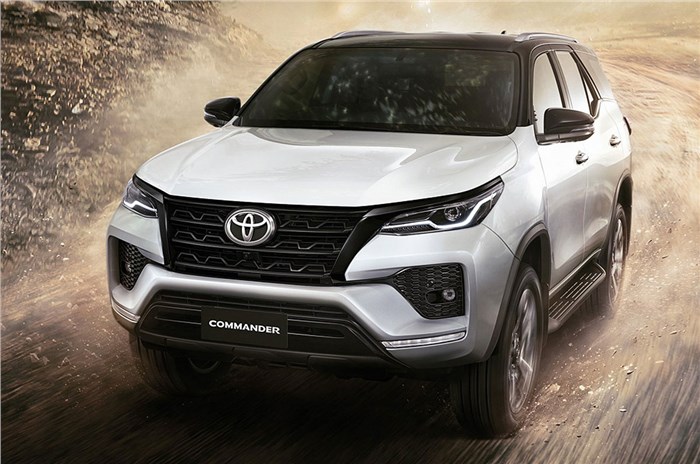 Based on the Legender version of the Fortuner, the Commander gets several cosmetic tweaks along the front, sides, and rear. The Fortuner Commander gets silver, and chrome inserts on the front bumpers with the skid plates finished in black. Toyota has also equipped the Fortuner Commander with the same alloy wheels as found on the Legender version. Meanwhile, the SUV also gets a contrasting roof finished in black and chrome detailing between the smoked taillights.

Toyota offers the Fortuner Commander with the same 2.4-litre, four-cylinder, turbo-diesel engine developing 150 PS and 400 Nm. With the engine paired to a 6-speed automatic gearbox with sequential shift and paddle shifters, the SUV sports RWD. Toyota will offer the Fortuner Commander in 2 colours- White Pearl and Emotional Red but won’t equip it with AWD. In India, the Fortuner gets an optional 2.8-litre diesel powertrain that develops 204 PS and 420 Nm with a manual.

However, with the 6-speed automatic transmission, the Fortuner in India develops 500 Nm with a 4WD drivetrain as an option. Coming back to the Fortuner Commander, Toyota states that it has tweaked the suspension to improve the SUV’s ride quality. In terms of the interior, the Fortuner Commander’s cabin gets a new dual-tone dark red and black leather upholstery. Additionally, the limited-edition SUV also gets a 360-degree camera, blind-spot monitor, and a rear cross-traffic alert system as features.

Toyota recently announced its new-age technology, which is currently under a testing phase on a closed racetrack in Japan. The Autonomous Drift system technology will allow the vehicle’s onboard computer system to take over and perform a drifting manoeuvre. Along with detecting obstacles on the track, the system acts as a safety feature by avoiding obstructions via drifting. 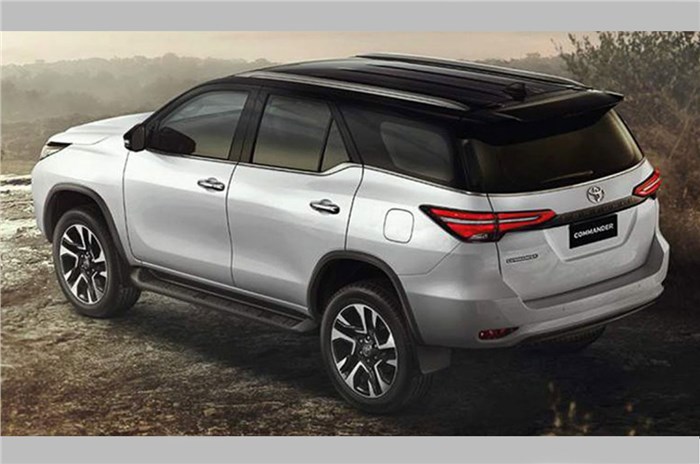