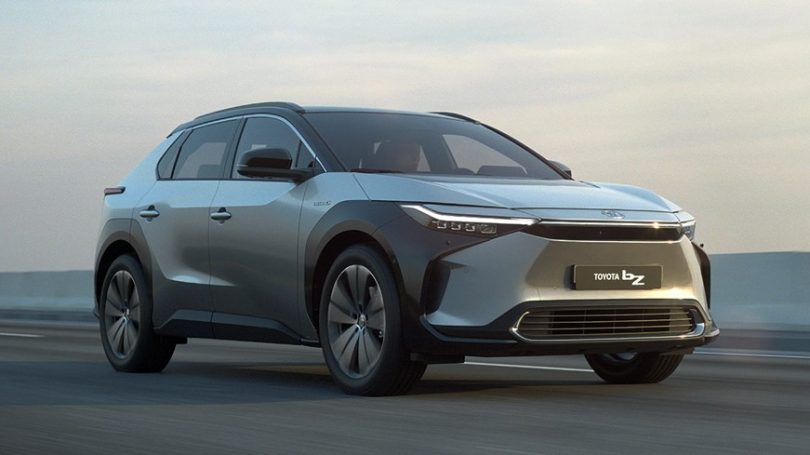 Japanese automotive giant, Toyota has unveiled the final production version of its first fully-electric SUV known as the bZ4x. Toyota’s new bZ series of vehicles will feature pure EVs, with the bZ4x being the first in the series. Toyota currently aims to offer the new bZ BEV series to regions like China, the US, Europe, and Japan.

Based on the concept version showcased in early 2021, the bZ4x uses the e-TNGA platform jointly developed with Subaru. The platform allows for positioning the batteries to the floor, which lowers the centre of gravity and increases cabin space. The setup also aids in improving the rigidity of the chassis and provides a smooth yet intuitive driving performance.

The bZ4x electric SUV retains the “Hi-Tech and Emotion” design theme featured on the concept version with sharp body lines. The SUV features a thin front bumper with a hammerhead-shark-themed shape running from the hood towards the LED headlamps. The rear of the SUV sports a trapezoidal-themed design with LED taillights connected by an LED light bar. Toyota also offers the SUV with a roof solar panel that generates enough electricity to offer 1800 km per year.

Toyota has ensured to offer a whole host of features, equipment, and tech for the interior of the new SUV. The EV features a fully-digital instrument cluster, large central touchscreen infotainment with over-the-updates, connected tech, and a digital key. Toyota offers the bZ4x with an optional conventional steering wheel and a yoke-style steering wheel as standard with voice-recognition capability. Additionally, the multimedia system features a cloud-based navigation system along with display services like driving support and charging stations.

Toyota offers the new EV with a 71.4 kWh lithium-ion battery pack that powers the AC synchronous electric motor. Offered in 2WD or a 4WD guise, Toyota provides an additional 80 kW motor for the 4WD variant. The 2WD bZ4x produces 201 PS of power, allowing it to reach from 0-100 kph in 8.4 seconds.

The 4WD variant produces 215 PS of power and achieves a 0-100 kph time of 7.7 seconds. Both versions offer 500 km of range on a single charge with ventilated discs on the front and rear. Toyota offers a 150 kW fast-charging technology for the bZ4x SUV, which charges it from 0-80% in 30 minutes. 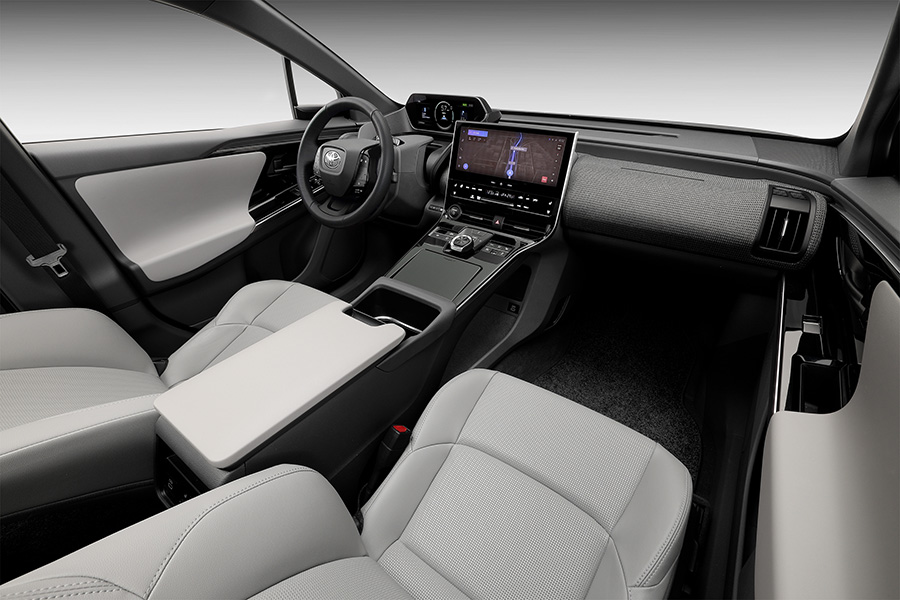 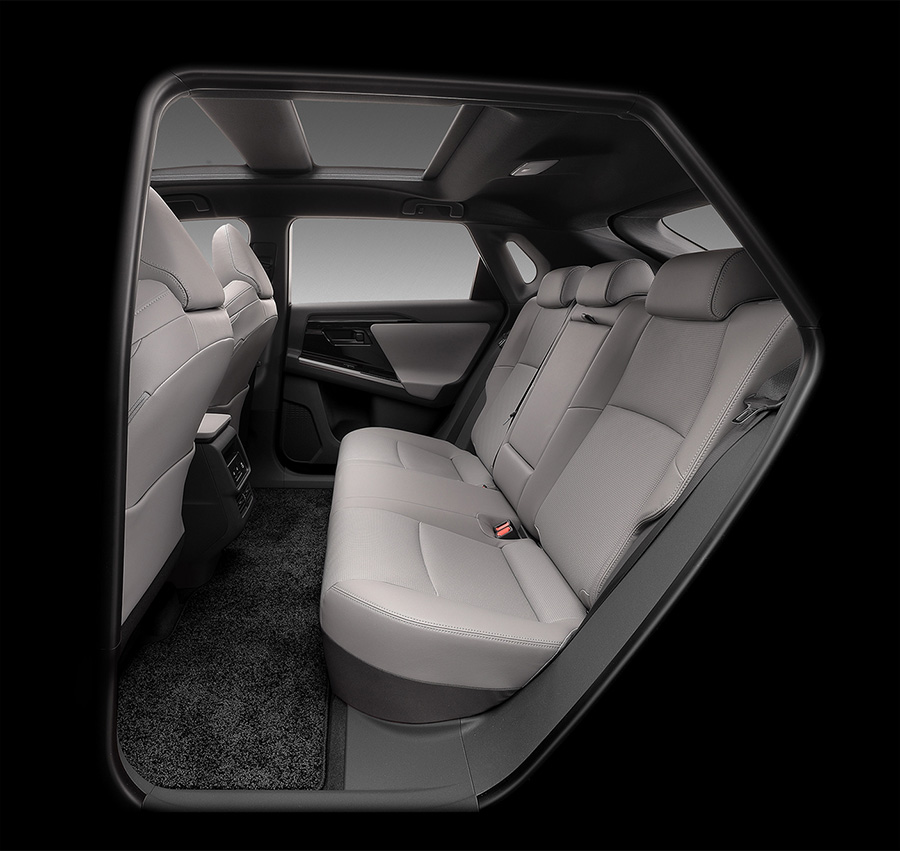 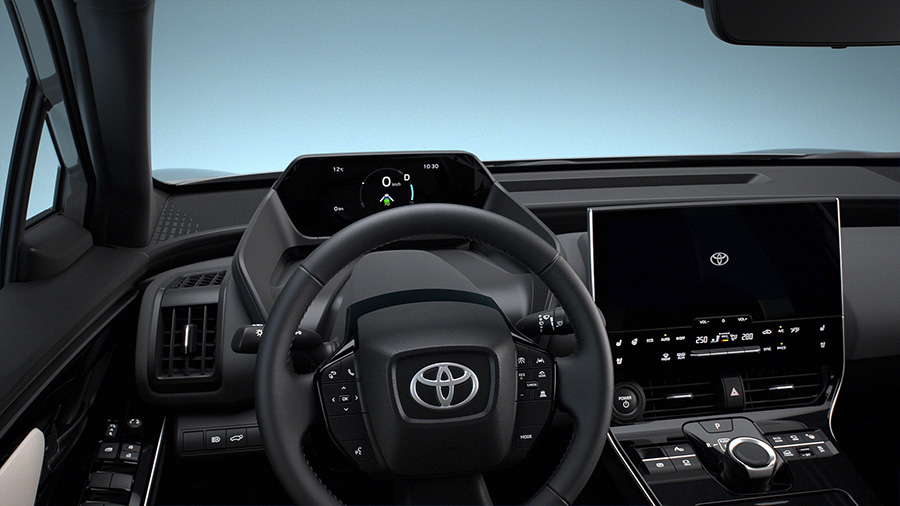 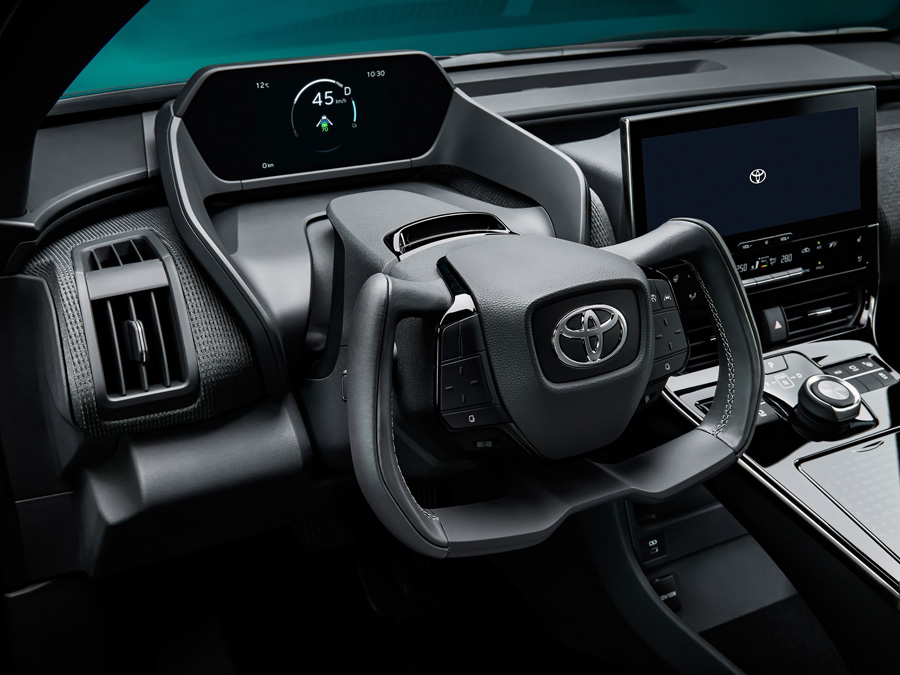