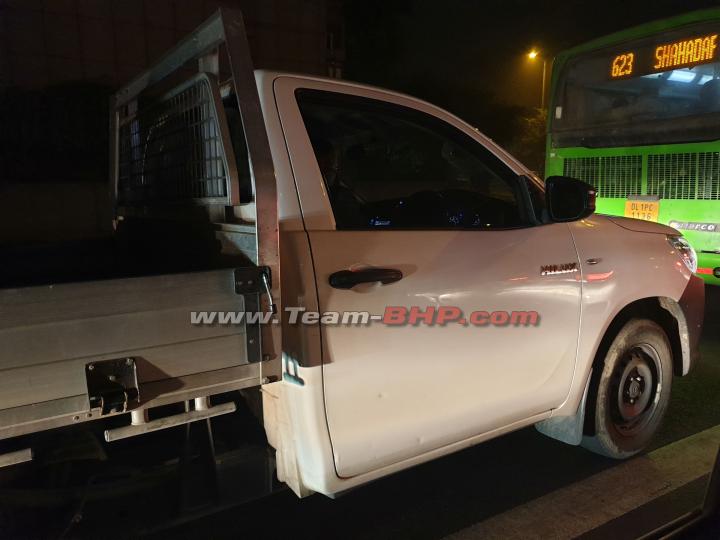 Toyota could be planning to introduce the popular Hilux pick-up truck in the Indian market. A test mule of the Toyota Hilux in the single-cab version has been spotted testing near the nation’s capital. The brand is much likely testing the Hilux to launch a commercial version of the SUV and spy pictures of the vehicle lead us to believe that the Hilux could be undergoing load tests on the Indian roads.

In its single-cab version, the Hilux appears to be pretty utilitarian but, the SUV is underpinned by the same platform, shared by the Fortuner and the Innova. The spied test mule appears to have a large flatbed and the brand could be planning to position the Hilux against the Isuzu D-Max pick-up truck in the Indian market.

Toyota could also introduce the double-cab version of the Hilux in the Indian market for non-commercial use with the target of high mindshare clients looking for a lifestyle SUV. In the double cab avatar, the Hilux is also expected to come with four-wheel drive and a lot of comfort and convenience features.

In other news, Toyota has recently introduced the all-new Fortuner for the Indian market but the brand is already planning to launch the next-generation Fortuner in India next year. Even in its next-generation, the Fortuner is expected to be built on the body on frame architecture but is likely to come with a lot of changes inside out. The powertrain is also expected to be electrified to make the Fortuner future proof from the tightening emission norms. 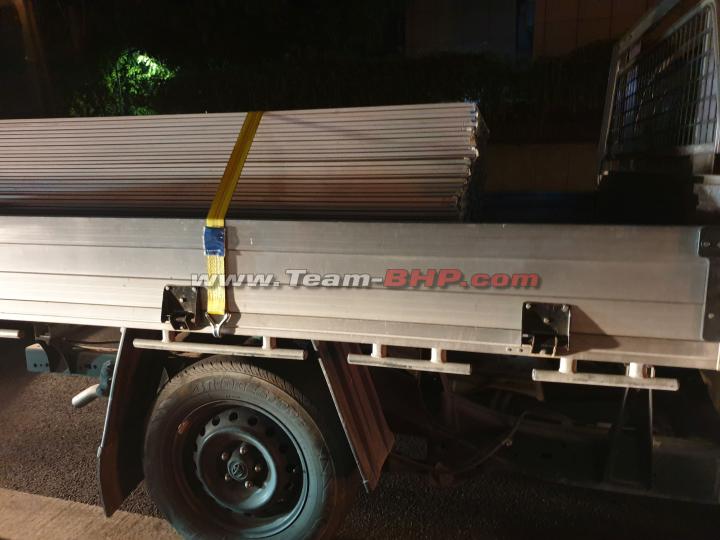