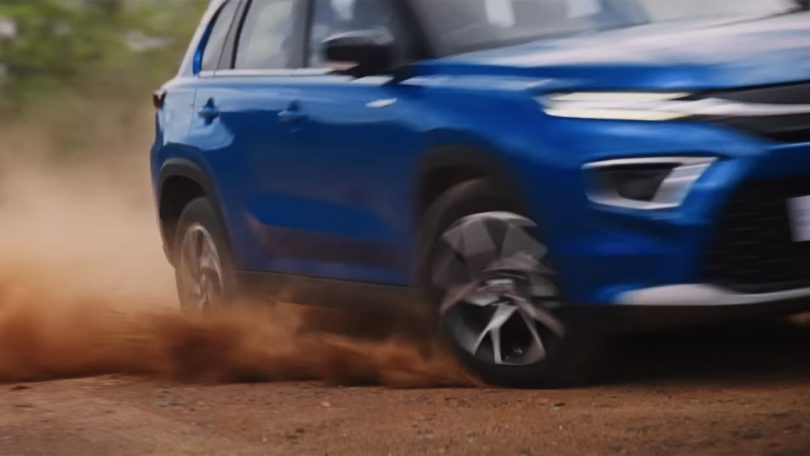 Apart from the success of the Innova Crysta and Fortuner, there’s not much going for the brand. Furthermore, Toyota has only niche products apart from the Glanza and Urban Cruiser, which ultimately are re-badged Maruti Suzuki cars. These other products include the Camry Hybrid sedan, Vellfire MPV and the recently introduced Hilux pickup.

Hence, Toyota and Maruti Suzuki co-developed an all-new hybrid SUV to bring a mainstream product to the market. The increasing popularity of the SUV segment makes both brands try to take a market share from it. The current top sellers in the segment are Hyundai Creta and Kia Seltos. These are the SUVs both the brands are aiming for.

Toyota will unveil the HyRyder SUV on 1st July 2022. Meanwhile, Maruti Suzuki’s iteration will likely arrive a couple of months later. Before the unveiling, Toyota is busy with the teasers for the new SUV. So far, we have seen a couple of them already, and today we got a new one.

The new teaser shows the SUV doing some mild off-roading. At the start of the video, we also see that it is the automatic variant. The teaser also gives us a quick look at the rear wheel of the SUV. What is instantly noticeable are the rear wheel disc brakes. The video shows the SUV’s rear but for a split second.

However, the biggest talking point is the fact that the model will get AWD. Toyota confirmed the availability of AWD with a different teaser on social media. No guesswork was involved as Toyota clearly mentioned ‘All-Wheel Drive SUV Coming Soon’. The inclusion of AWD will make the HyRyder stand out in the segment. Currently, there are no other SUVs in the segment that offer this.

The unveiling is just two days away, and we expect the SUV to make quite an entrance to the Indian market. 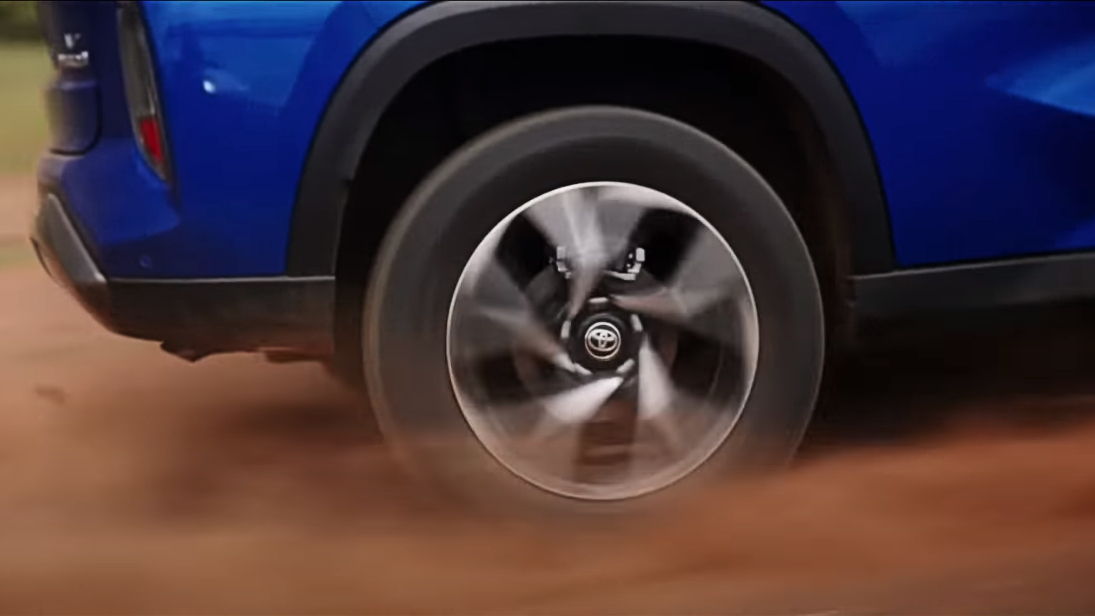 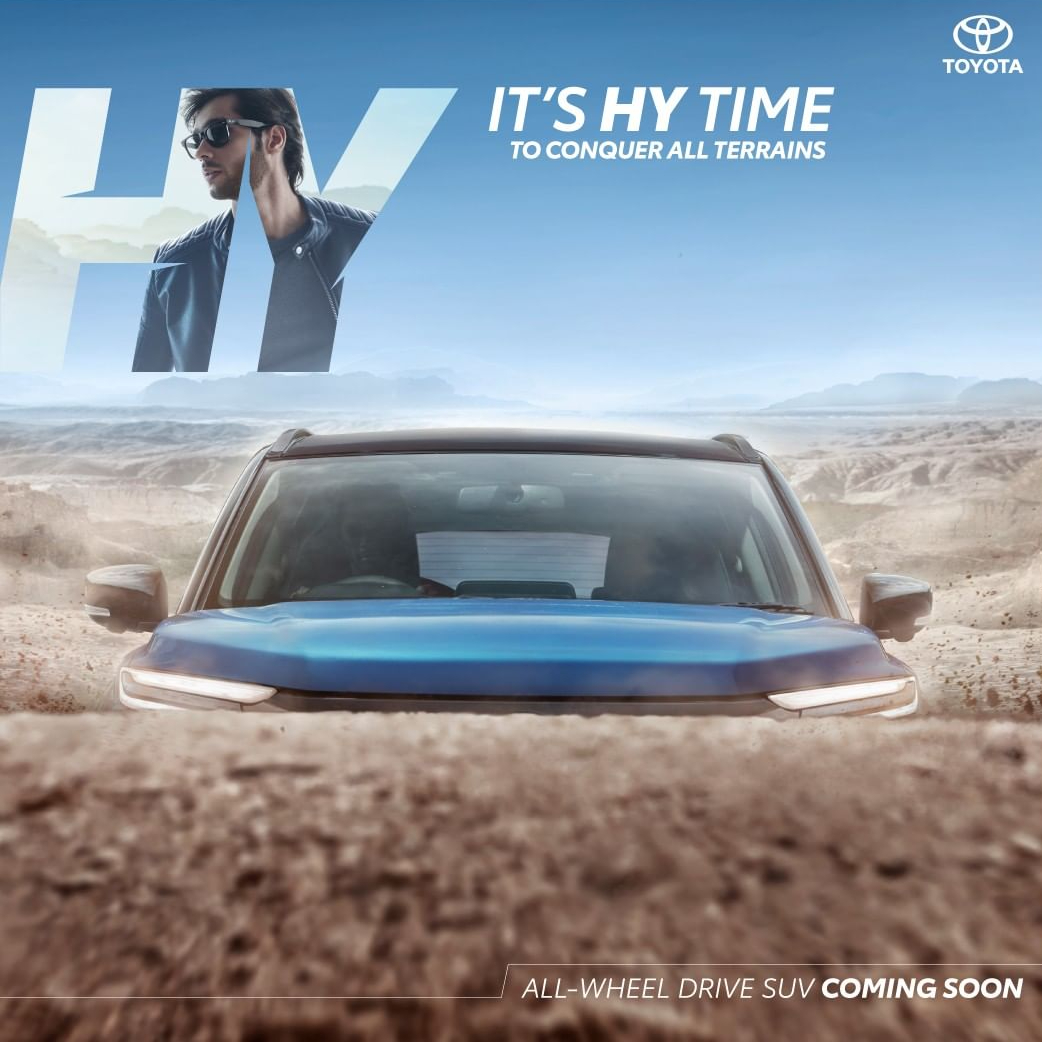