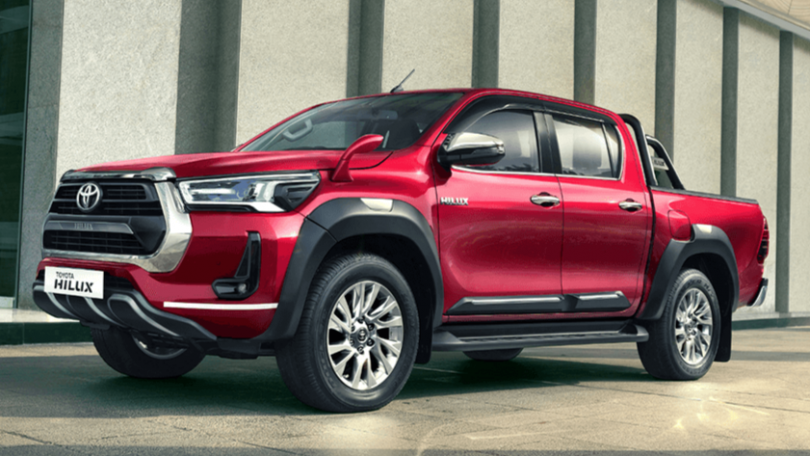 Japanese carmaker Toyota has officially launched its all-new Hilux pickup truck for the Indian market in two specific trims. The entry-level Standard MT trim costs INR 33.99 lakh (ex-showroom), whereas the top-spec High trim costs INR 36.80 lakh (ex-showroom). Toyota previously opened the bookings for its new Hilux pickup truck back in January 2022 for INR 1 lakh. The automaker will produce and manufacture the Hilux locally via CKD kits at the Bidadi plant in the state of Karnataka.

For the Indian market, Toyota has introduced Hilux with a double-cab body style that looks imposing with signature design cues. The all-new Hilux pickup features a profile that matches the Fortuner but with revised front, side, and rear elements. At the front, the Hilux sports a stylish fascia with LED headlamps that resemble the Innova with LED DRLs. Taking centre stage is the hexagonal chrome grille with contrast black inserts for the fog lamps and a sharp front bumper.

Adding to its rugged appeal are the black plastic claddings on the wheel arches along the sides of the Hilux. Along with a front skid plate, the Hilux also gets 18-inch alloy wheels, chrome-covered ORVMs, and door handles for styling. The rear of the Hilux resembles most pickup trucks with LED taillights, chunky roll-over bars, and a huge storage bed. Toyota will offer the Hilux in 5 colours – Emotional Red, Grey Metallic, White Pearl CS, Silver Metallic, and Super White.

Powering the new Hilux is the 2.8-litre, four-cylinder, turbo-diesel motor carried over from the Fortuner SUV with identical specs. Therefore, the engine produces 205 PS and 420 Nm in 6-speed manual guise and 500 Nm in 6-speed automatic. Overall, Toyota will offer a manual transmission option on the High trim of the Hilux alongside the torque converter automatic transmission. Additionally, Toyota will only offer a 4X4 powertrain on the Hilux, unlike the 4X2 or 4X4 options on the Fortuner.

Showcasing its size, the Hilux sports a wheelbase of 3,085mm, making it longer than the Isuzu D-max V-cross. Overall, the Hilux measures 5,325mm in length, 1,855mm in width, and 1,815mm in height. Meanwhile, the interior of the Hilux shares similar attributes and switchgear with the Fortuner but with a differently laid-out dashboard. Sporting an all-black theme with gloss black and brushed-silver elements, the Hilux gets an 8-inch touchscreen infotainment system.

With Android Auto and Apple CarPlay, the Hilux also gets dual-zone climate control, leather upholstery, seven airbags, and traction control. Other safety features include the electrochromic inside the rear-view mirror, tyre angle monitor, and an automated limited-slip differential for on/off-road driving. Catering to off-roading enthusiasts, the Hilux also gets a low-range gearbox with front/rear electronic differential locks for enhanced off-road prowess. Finally, the Hilux also utilises the same yet rugged IMV ladder-frame chassis from its siblings, the Innova Crysta and Fortuner. 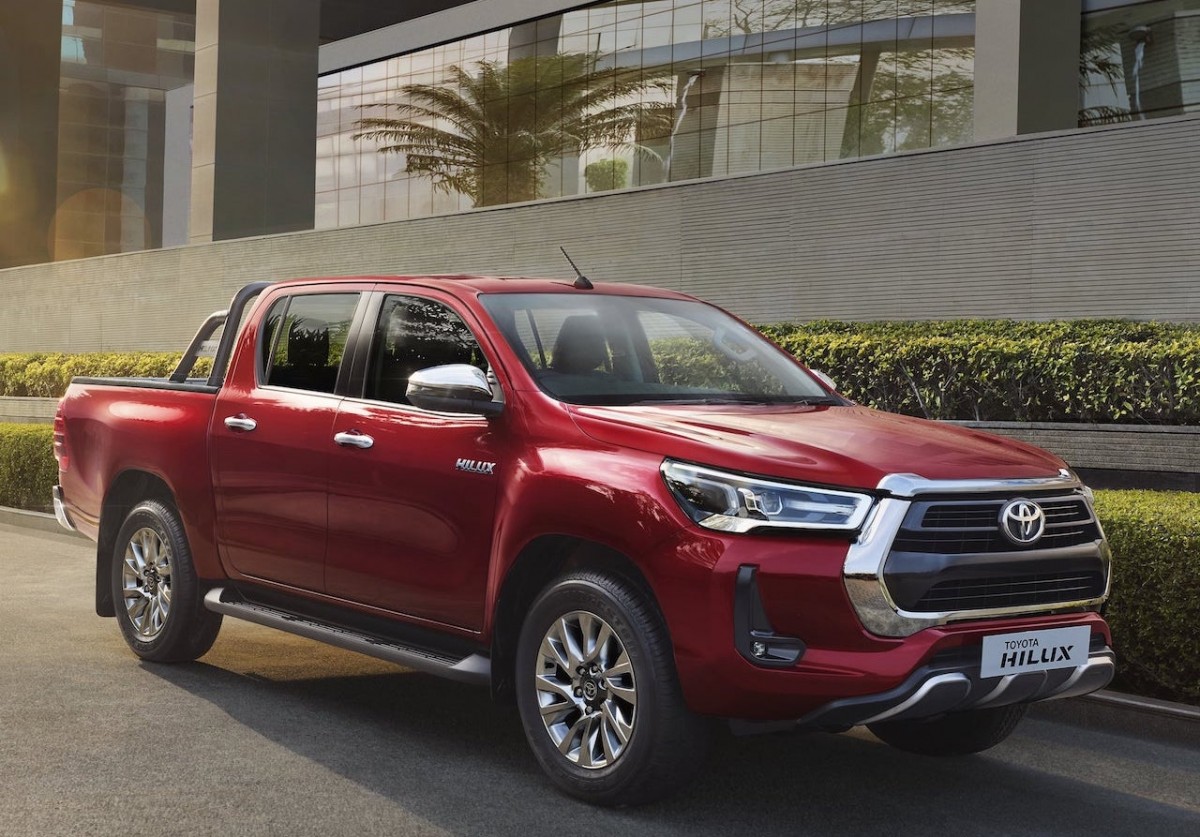 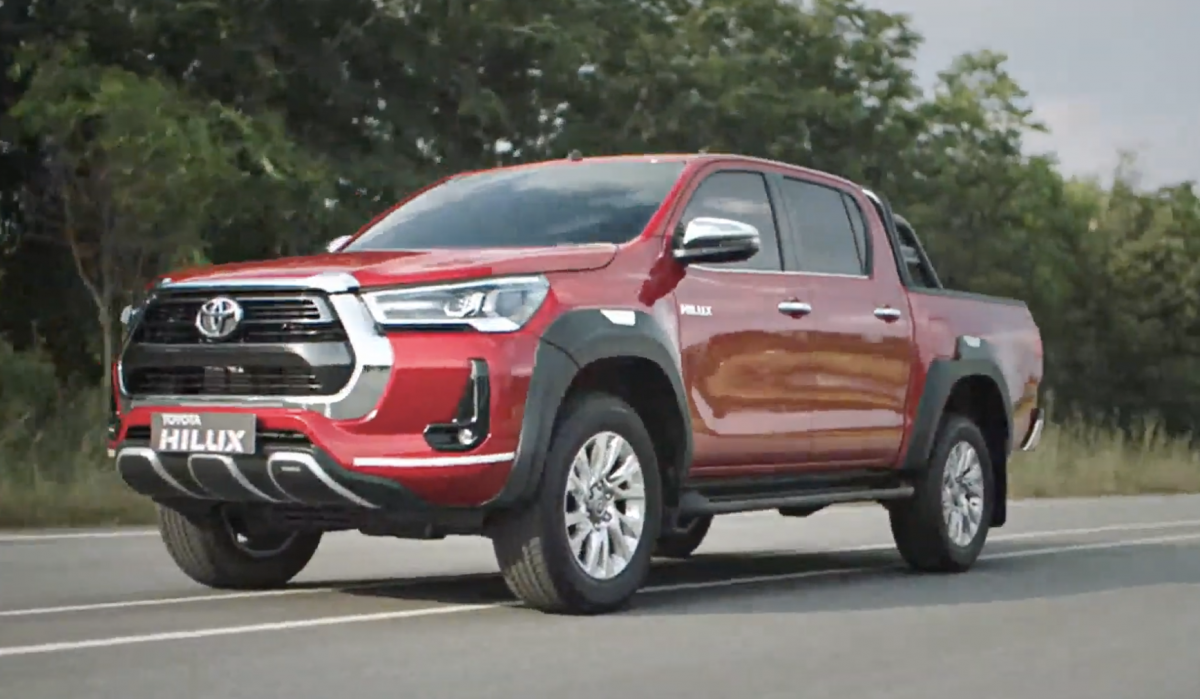 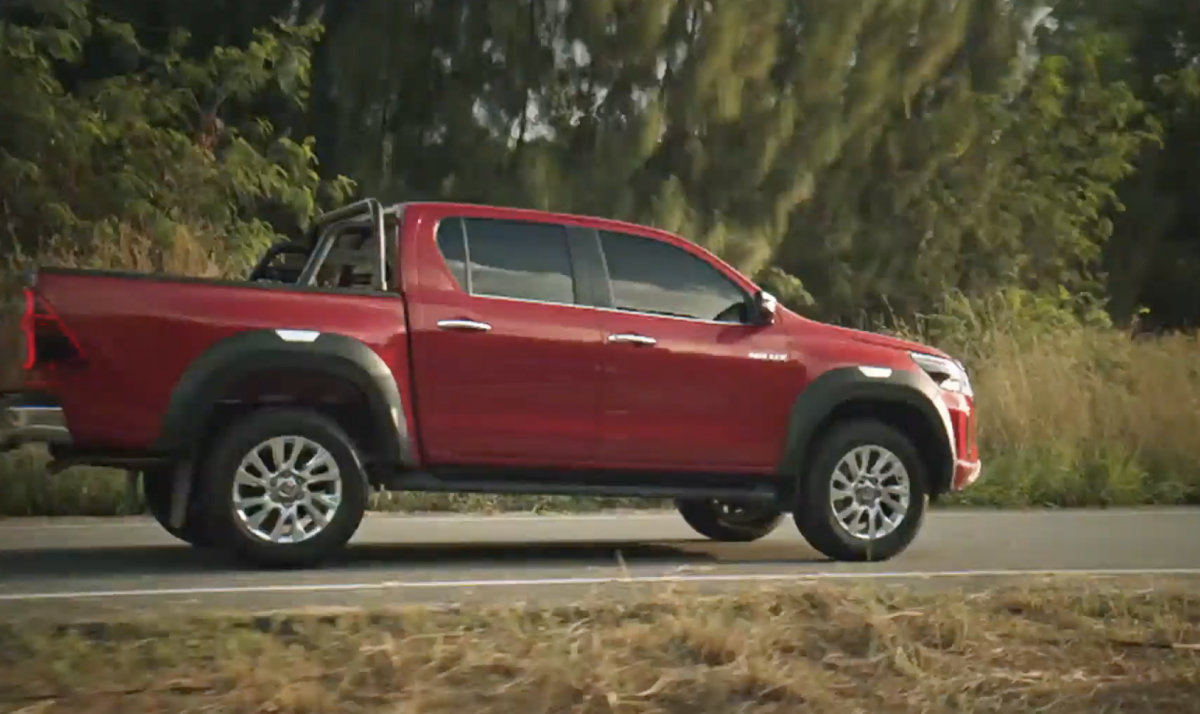 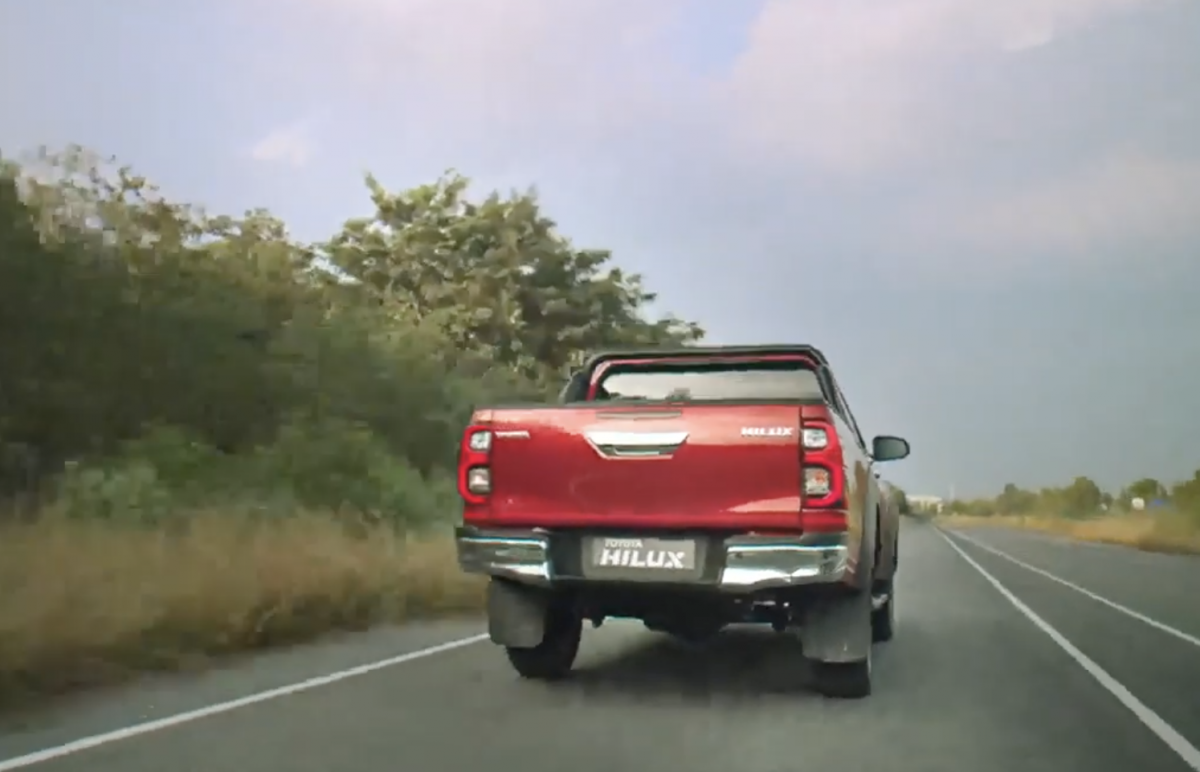 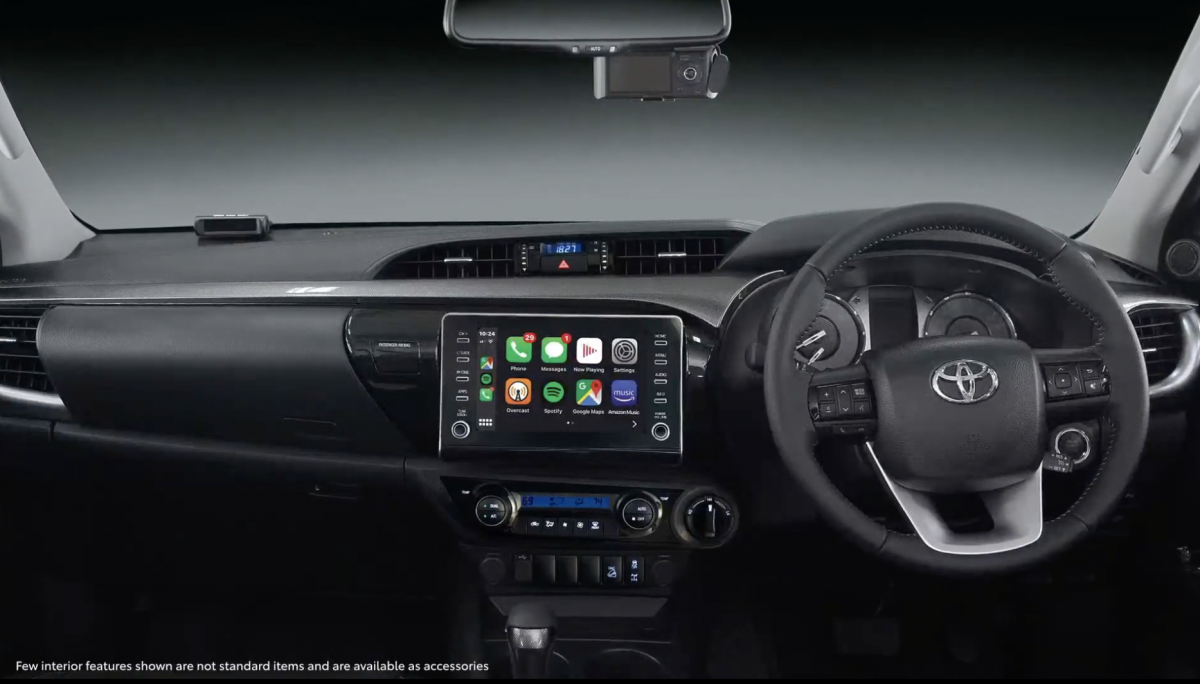