The Toyota Corolla Quest in the South African markets comes with a 1.8-litre petrol engine. The motor produces 136 Bhp of power and 173 Nm of torque. The engine comes with the option of a 6-speed manual gearbox or a 7-step CVT automatic transmission. In the Indian market, the Corolla Altis comes with a 1.4-litre diesel engine. The engine made 87 Bhp of power and 205 Nm of torque. But this engine did not comply with the suffocating BS6 emission norms. The extra cost of input to upgrade the engine and diminishing sales also played a crucial role in the discontinuation of the Corolla Altis in India. 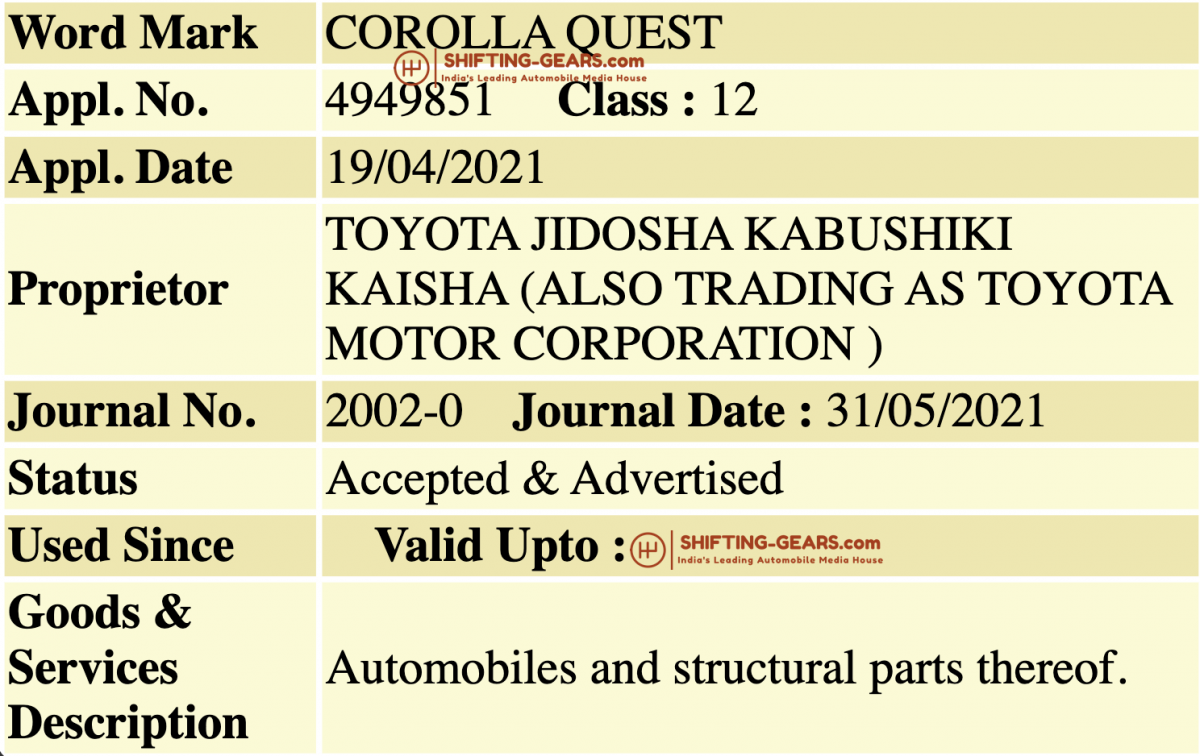