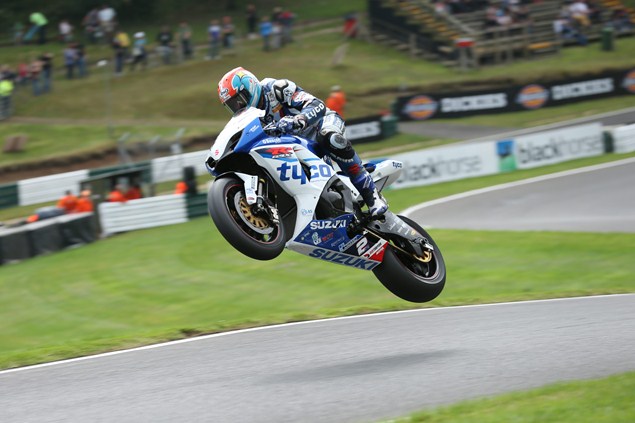 Ever seen flying superbikes? Well you’ll get to see them if you ever visit Cadwell park. Cadwell Park is a motor racing circuit in Lincolnshire, England.

Built in 1934 by Mr. Mansfield Wilkinson, this 3.477 km is a small circuit compared to the Moto GP ones but is known for its sharp changes in tarmac gradient. Built on a steep sided valley, the sudden dips and crests on the track has given its name as the Mini-Nürburgring.

It’s quite a challenging track overall with a particular section on the track which has a notorious crest and it’s been named “the mountain”. Superbikes become airborne up to several feet in the air at this section. It’s a tricky patch where as soon as the rider comes out a right hand corner has to climb up ‘’the mountain’’ going airborne and land back safely to continue the race. It has seen many crashes, but that’s what’s brings the British Superbike fans to the track. Superbikes and beautiful British women both at one place.

Now isn’t that all you need?

The track is gaining popularity as more fans flock in to see races every year. Check out the video below